MONSTA X shared heartfelt greetings with their dear Monbebes on the special day of Chuseok!

On September 30, MONSTA X took to their official SNS and greeted fans all over the globe for Chuseok. The group expressed, “It’s a tough time for everyone, but we hope you have a warm and prosperous Chuseok. As our normal daily life has become a long-cherished desire for everyone at some point, we hope you can all have a safe and comfortable Chuseok, and we hope we can all work together to overcome this difficult time.” 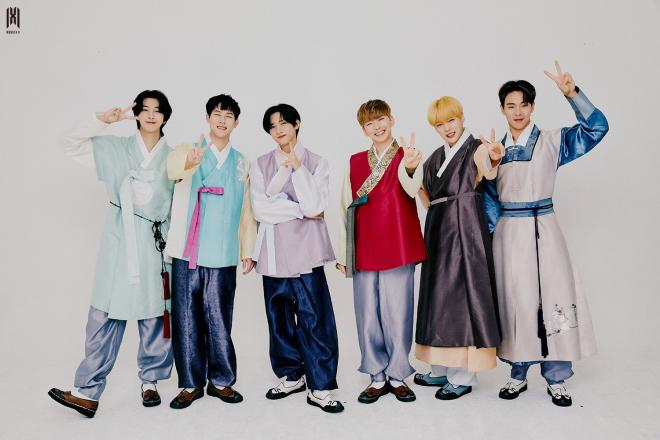 MONSTA X added, “It was the 5th anniversary of Monbebe a while ago, and we were so sad that we couldn’t be together, but we want the whole world to stabilize from COVID-19 so that we can meet Monbebe as soon as possible! Stay healthy and see you soon until the day we meet again! We miss you MONBEBE ♡.”

The members looked absolutely resplendent in their beautiful hanboks which they paired with their bright smiles in the special photos released for Chuseok.

Furthermore, MONSTA X also unveiled a special clip on their official SNS. In the video, the multitalented group sent in their warm wishes for Chuseok for their beloved Monbebes all over the globe.

Moreover, during this Chuseok MONSTA X has fun activities planned for which fans’ anticipations are already piqued. Group members Kihyun and Minhyuk will be appearing on MBC’s Idol E-Sports Championship which will be aired on September 1.

Minhyuk will be appearing alongside Shownu in an upcoming Chuseok Special episode of The Paikfather. The episode will air at 5 PM KST on October 3 on KOCOWA TV’s official YouTube channel.

MONSTA X are creating waves as a global group! The artists have attained outstanding achievements especially with their first full-length album ALL ABOUT LUV that released earlier this year. The album entered in the Top 10 on seven charts, including Billboard 200, Billboard Albums and Billboard Artist 100 charts.

After successfully completing their activities for FANTASIA X in June, they performed at the TIME100 Talks event. Meanwhile, the group is currently preparing for a new album with the goal of making a comeback this fall.