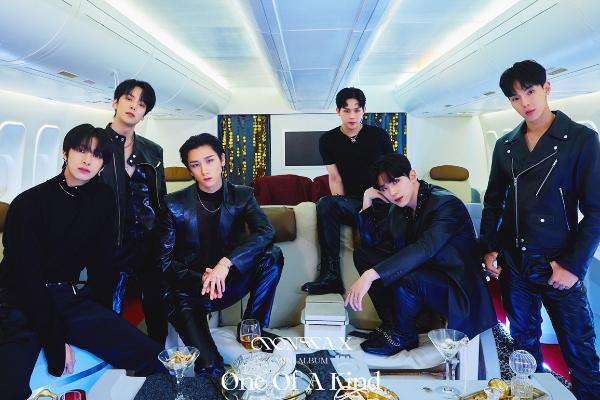 This is a dance practice video that looks exactly like a stage performance!

MONSTA X shows off its flawless choreography through a dance practice video for “GAMBLER.”

The powerhouse group boasted its sublime teamwork with dance moves that define perfection. Also, their plainclothes added warmth to the choreography video, displaying a friendly and casual vibe. The members’ visuals also stood out as each of them still looked gorgeous even without makeup.

Admiration surrounded global MONBEBE, especially with Shownu joining the members for this content. Particularly, Shownu wasn’t able to meet fans throughout the album promotions due to his left eye diagnosed with “Left Retinal Detachment.”

The dance practice video provided yet another different charm from MONSTA X’s spectacular performances during its 2-week promotions. Specifically, the members conveyed powerful energy that only MONSTA X can execute. The sharp dance moves and adlib gestures also seemed to have been measured in a relaxed atmosphere.

The 9th mini-album One Of A Kind actively displayed MONSTA X’s unique team color which attracted lots of fans. Specifically, the title track “GAMBLER” expressed the group’s overwhelming energy which is truly fitting for its image. “GAMBLER” was Joohoney’s first creation chosen as a title song for the group ever since his debut in 2015. It is an impressive song with heavy bass rhythm and addicting electric guitar sound, which is absolutely a track that features MONSTA X’s style.

Meanwhile, MONSTA X has successfully concluded its 2-week promotions for “GAMBLER” and has continuously released content for fans. In particular, special videos and behind-the-scenes footage of the preparation for the 9th mini-album One Of A Kind were released. MONSTA X also plans to continue meeting fans through various platforms such as Mon Channel and other content in the future.