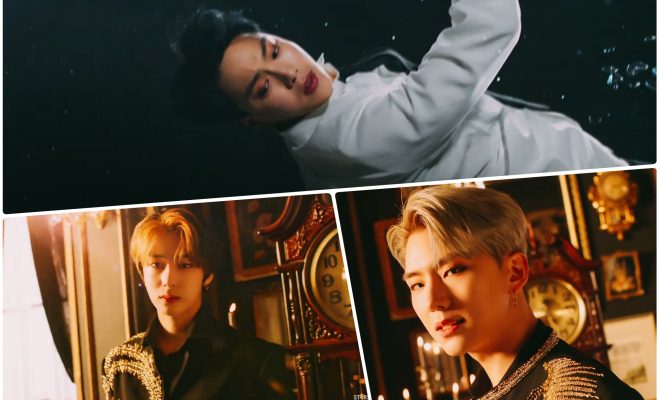 By Yann | May 23, 2020
43
SHARES
FacebookTwitter
SubscribeGoogleWhatsappPinterestDiggRedditStumbleuponVkWeiboPocketTumblrMailMeneameOdnoklassniki

Ready to see what “FANTASIA” by MONSTA X is about?

MONSTA X unveiled the music video teaser for their newest comeback track “FANTASIA” on May 23—and its golden and fiery concept is piquing fans’ curiosity. 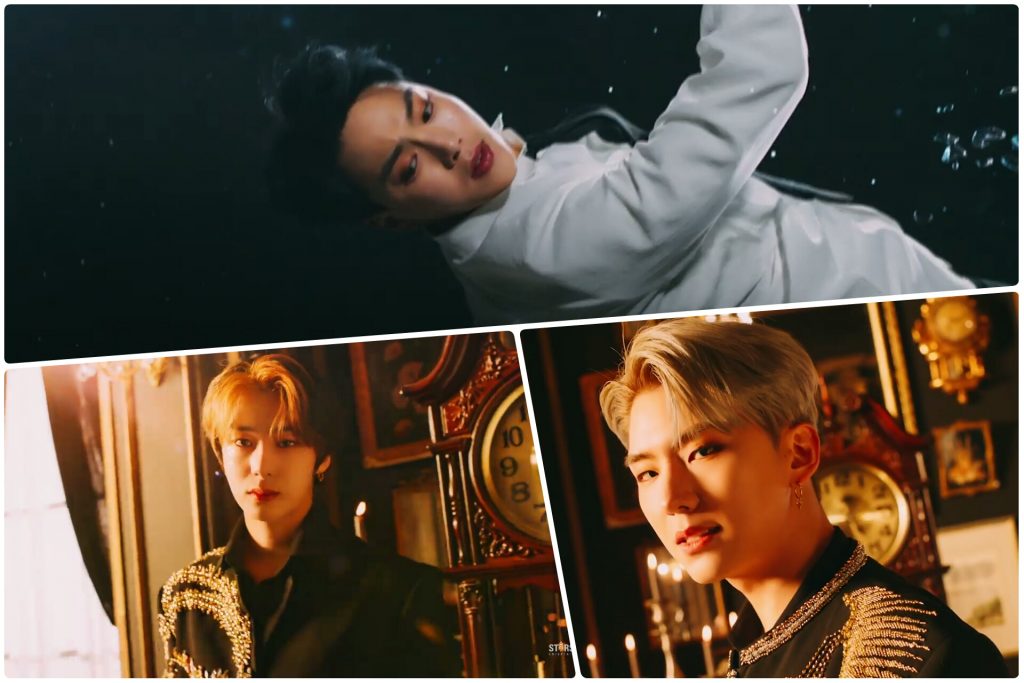 After finishing their round of gorgeous concept photos, the group headed straight to a preview of the mesmerizing music video that they had prepared for their nearing return. Delivering a luxurious showcase of MONSTA X’s high-class visuals, the teaser came alongside a preview of the intense beats and rhythm that made up “FANTASIA”, the title track of their upcoming mini-album FANTASIA X.

Aside from the boys, various dancers were also seen in the twenty-two-second-long clip, and the way that they moved as they surrounded some of the members had set an intriguing atmosphere. Various elements, such as Shownu looking like he was falling into water, also added mystery to the teaser.

Each member was also decked out in crisp and sophisticated outfits. Towards the end, they all donned black suits with golden embellishments in similar styles as they emphasized their top-tier visuals with intense stares towards the camera.

Before the preview wrapped up, Kihyun powerfully sang the title “FANTASIA” which served as a mini hint for how the track’s melody would sound like.

“FANTASIA”, together with the rest of MONSTA X’s eighth mini-album FANTASIA X, will be released on May 26. The group will also share a highlight medley on May 24 which will contain a sneak peek of the seven stunning new tracks on their upcoming mini-album.

Hellokpop, as an independent Korean entertainment news website (without influence from any agency or corporation), we need your support! If you have enjoyed our work, consider to support us with a one-time or recurring donation from as low as US$5 to keep our site going! Donate securely below via Stripe, Paypal, Apple Pay or Google Wallet.
43
SHARES
FacebookTwitter
SubscribeGoogleWhatsappPinterestDiggRedditStumbleuponVkWeiboPocketTumblrMailMeneameOdnoklassniki
Related ItemsFantasiaFANTASIA Xmonsta x몬스타엑스
← Previous Story K-Pop Music Spotlight: BTOB’s Eunkwang – Pre-Release Single “Dear My Dear”
Next Story → “Road To Kingdom” Recap: Episode 4’s Spectacular “My Song” Stages