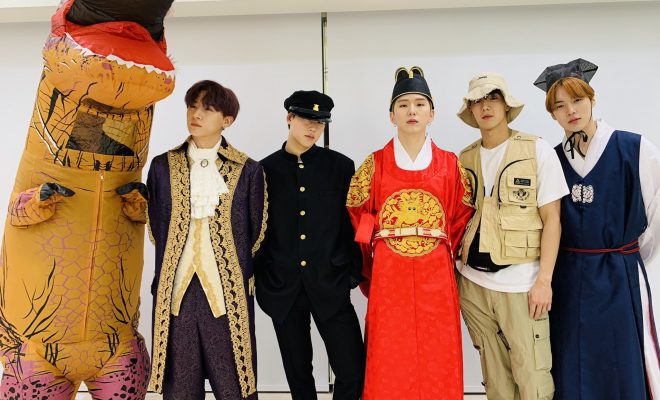 As usual, MONSTA X has charmed fans with their unique presence and energy in yet another quirky video!

MONSTA X took up an amusing challenge for their latest video treat to Monbebe as they dressed up in costumes while showcasing the extreme choreography of their latest comeback track “FANTASIA”! 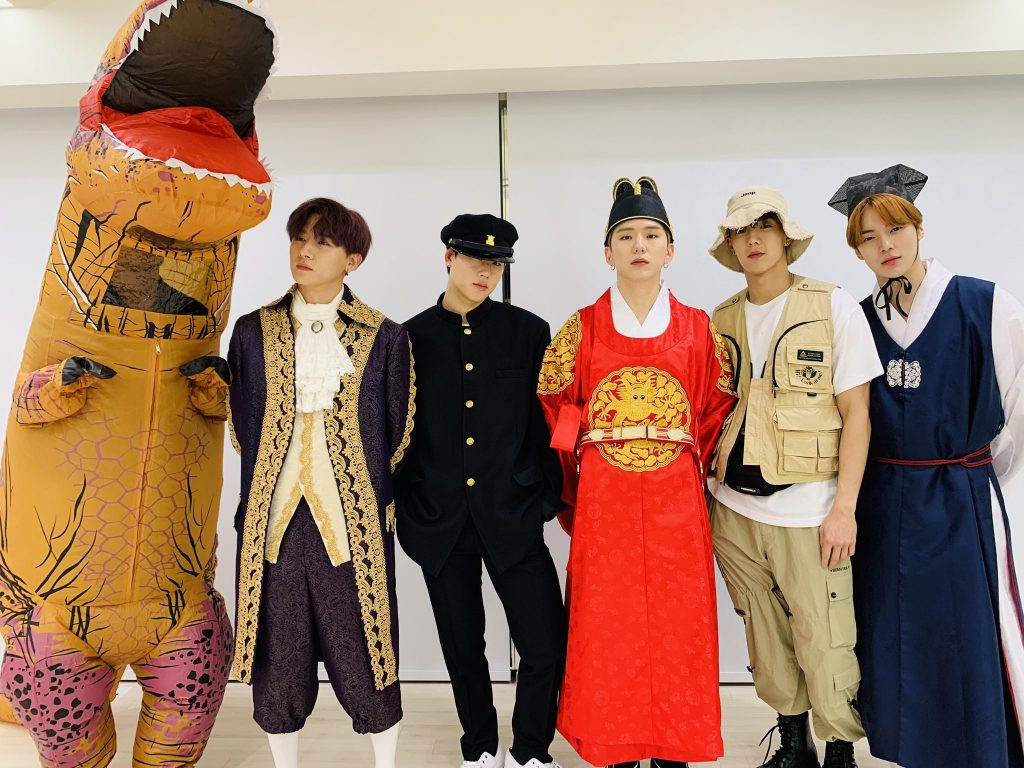 Treating fans to a delightful round of laughter, the group traded their regular clothes for a mix of charming and interesting costumes for their latest dance practice video released on June 8.

Shownu is dressed in a fishing outfit, which he still managed to pull off stylishly. Taking fans back to the early eras with their traditional Korean costumes were Minhyuk and Kihyun as well, who were dressed as a scholar and a king, respectively.

Meanwhile, making fans grin and chuckle with his unique dinosaur costume was Hyungwon. Lastly, Joohoney stunned everyone while donning a Korean school uniform in the ’80s while I.M sizzled with sophistication as an English prince.

Due to the difficulty of dancing in their garbs, hilarity ensued in the video as they tried to move around—especially our Hyungwon whose beautiful face we unfortunately couldn’t see much. They still had Monbebe laughing and cooing all throughout though, which marked a success for the thoughtful group.

Meanwhile, they also released a “regular” dance practice video for “FANTASIA” on June 4. Displaying the cool grooves for the song, MONSTA X were definitely in their element as they fully powered through with their intense choreography.

Meanwhile, “FANTASIA” is the lead track of MONSTA X’s eighth mini-album FANTASIA X. As of writing, its official music video has surpassed 22.5 million views since its release on May 26.

Photo and videos from Starship Entertainment