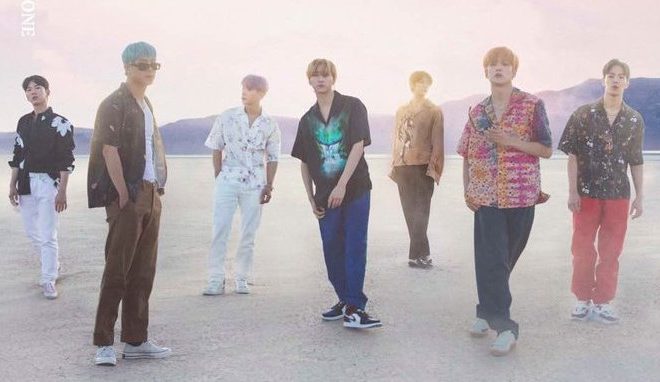 MONSTA X has a plethora of new songs with fresh sounds to “luv” in their latest album release.

Setting a new example of their versatility as musicians, MONSTA X offered a different sound from their signature tunes in their latest endeavour in the Western music scene with their first full-length English album titled All About Luv. 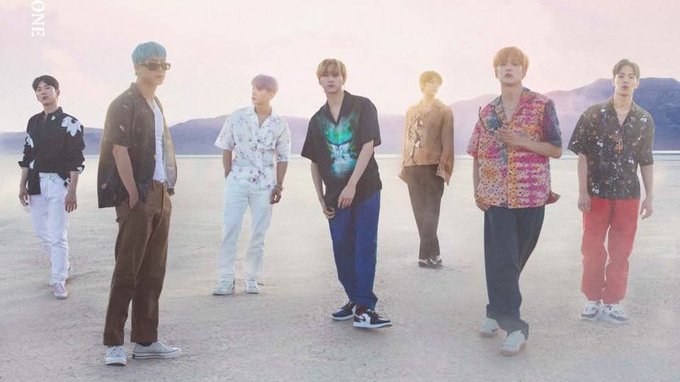 Serving as a reflection of their current venture on crossing boundaries set by culture and language, the full-length English album from the Korean boy group marked a first in the K-Pop scene after such a long time since BoA released her self-titled studio album in March 2009 and JYJ stormed the scene with their studio album titled The Beginning in 2010.

Released on February 14 at midnight worldwide, All About Luv contained a total of eleven tracks plus an extended version with an additional song.

Prior to the album’s release, fans had already heard the tracks “Who Do U Love?”, “Love U”, “Someone’s Someone”, and “Middle Of The Night” which were earlier unveiled as digital singles.

Serving as their first full original English song, “Who Do U Love?” which also featured rapper French Montana claimed its throne as the opening track of the album. It also took fans on a full circle as its remix version from will.i.am staked its position as the last song on the listing of All About Luv.

The smooth and sultry “Love U” also makes an appearance on the album, bringing in a dose of fun and cheery vibe with its chill, bubblegum pop beat which contrasted the very playful lyrics that it had. Although going risqué with some of its lines, MONSTA X worked around the song to make it still safe for work – as they sang in its chorus themselves.

In stark contrast, the sweet and mellifluous “Someone’s Someone” sings about true and pure love as a heartwarming confessional serenade with a mellow, catchy beat.

Lastly, “Middle Of The Night” takes on a laidback pop rhythm with a vibe that circles back to their first two English releases. Its lyrics also talk about being incredibly drawn to someone they are in love with.

Besides the four pre-released singles, All About Luv contains a rich listing of new and original B-sides that mix up elements ranging from pop, R&B, and EDM. A takeaway from all of the songs is that it was able to show a new side to MONSTA X’s vocals by stripping down their music of their signature bass-heavy rhythms – and thus, bringing a rawer showcase of what they can offer as singers.

Before making a closer look, “Happy Without Me” might get you fooled with its chill rhythm and make you think that the boys aren’t singing passive-aggressively and quite a bit bitterly about seeing an ex-lover moving on and feeling unfair about it.

“I know I told you we could still be friends/ But I see pictures of you smiling/ And I hate to see you happy without me,” the song narrates with hidden angst.

Meanwhile, “Got My Number” prides itself on the harmonies abundantly heard throughout the song that showed how beautiful MONSTA X sounds like when their voices are together. Besides its addicting rhythm, this flirty tune is a temptress in song version as the group gives voice to the “side chick” in a relationship.

“When you realize it ain’t him that’s on your mind/ Baby, you got my number, got my number,” one of the lines from its chorus that is totally stuck in our heads goes.

Featuring a smooth opening line with “she’s~ the one~” courtesy of Shownu’s rich vocals, “She’s The One” will make just any listener’s heart flutter with its confessional lyrics.

Giving the same vibes as those of your typical American boyband tunes crooning about falling in love with someone who isn’t aware of it yet, the song will make you smile with its sweet lyrics that have you wishing for the same words to be written about you.

In addition to the boys’ rich vocals, the instrumentals of “You Can’t Hold My Heart” also set a really interesting mood. Moreover, while most of the songs from the album talk about wanting to be by their lover’s side so badly, “You Can’t Hold My Heart” sings about making a firm decision of letting a lover go instead of settling for a relationship whose fire had died down.

Although sounding naughty at initial listen with its sultry sound and lines which talk about settling things in the bedroom after fights, “Misbehave” actually tells a bittersweet story of a relationship with issues, as the chorus states.

“Slamming doors and starting wars for laughing when we wake up in the afternoon/ Picture perfect only works in movies,” they sing to explain how their love makes them look over the mess and misunderstandings they face in the relationship.

Lastly, the group’s highly-anticipated collaboration with Pitbull titled “Beside U” has a rhythm that makes you want to see it in a live performance.

Starting with Pitbull’s iconic openers – this time, going as “From Miami to South Korea, MONSTA and Mr. Worldwide, let’s ride”, the song talked about the lengths that one would go through for someone they love.

“You know I would leave oceans behind you/ Set in the jet trail, with a cloud of smoke/ Spell your name out, for the cosmos/ No matter where you are tonight, I’ma make sure I end up beside you,” the boys assure.

As an additional treat, an extended version of the album also features a new version of “Beside U” – this time, with I.M rapping on the track.

Proving that the language barrier is something that they will work hard to cross for their fans, the boys actively participated in writing the lyrics of various songs in the album.

Bringing on an even more personal touch to All About Luv as a Valentine’s Day treat to their fans, Shownu, Wonho, Minhyuk, Kihyun, Hyungwon, Joohoney, and I.M (credited under their real names Hyunwoo Sohn, Hoseok Lee, Minhyuk Lee, Kihyun Yoo, Hyungwon Chae, Jooheon Lee, and Changkyun Im) contributed in penning the beautiful words to “Who Do U Love?”, “Middle Of The Night”, and “Beside U”.

All About Luv is available on various music streaming sites including Spotify, iTunes, Melon, YouTube, and more.

55
SHARES
FacebookTwitter
SubscribeGoogleWhatsappPinterestDiggRedditStumbleuponVkWeiboPocketTumblrMailMeneameOdnoklassniki
Related ItemsAll About LuvGot My NumberHappy Without MeLOVE UMiddle of the Nightmonsta xShe's The OneSomeone's SomeoneWho Do U Love
← Previous Story Park So Dam Feels Blessed About Being Part Of Korean Film “Parasite”
Next Story → BTS Unveils More Teasers For “MAP OF THE SOUL : 7” Comeback