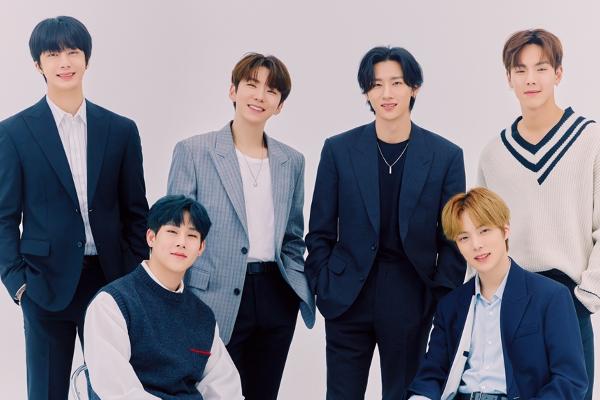 MONSTA X continues to prove its impeccable presence in the global music market, ranking all tracks from the 9th mini-album One Of A Kind on Billboard’s World Digital Song Sales Chart!

This sensational group really ain’t here for fun as it continues to conquer with “GAMBLER” seeing itself on no.5. The rest of the tracks from the 9th mini-album One Of A Kind also comfortably sat on 11th to 16th place. 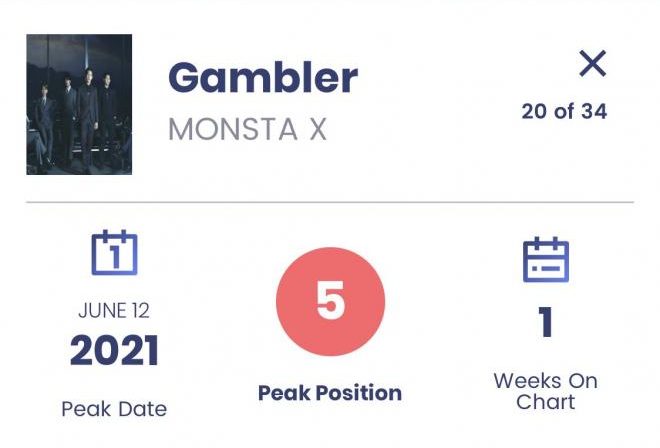 The track “Addicted,” has an EDM melody with a snappy synth and snares sound that gives off an ambient feel, positioned at No.11. Followed by the disco-pop beat full English track “Secrets” at No.12.

Landing on No. 13, “Rotate” absolutely screams of I.M’s style of musicality with its EDM beat backed with rumbling bass. The beloved group also took No. 14 with the cheerful Korean version of “Livin’ It Up.” 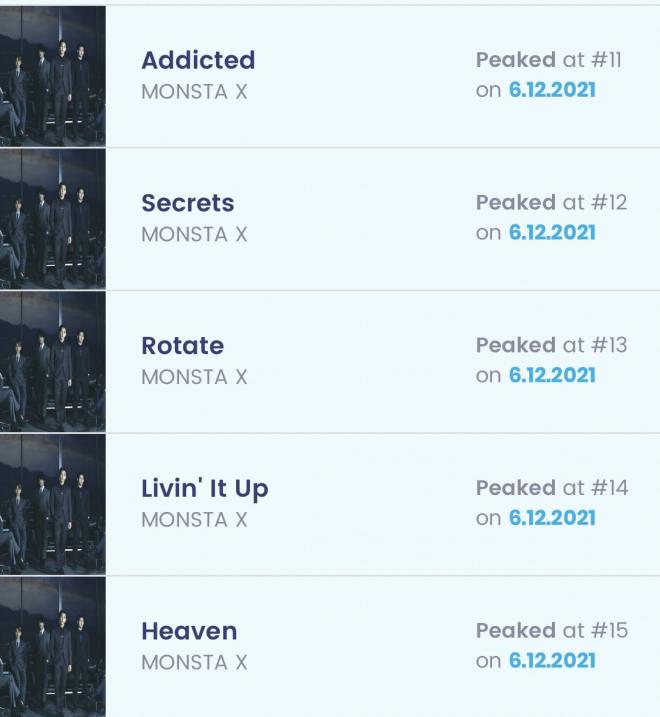 The bossa nova-inspired track “Heaven” then landed on No. 15, while the mid-tempo R&B track “BEBE” came at No. 16.

Relatively, “GAMBLER” is the 15th Top 10 entry of MONSTA X on the Billboard World Digital Song Sales Chart. “We’ve managed to chart all songs from the One Of A Kind album and now we’ve filled more than 30 tracks with MONSTA X’s name,” the powerhouse group said in an interview praising their amazing record.

MONSTA X’s march towards constant global recognition continues steadily. Notably, its first full English album All About Luv made a roaring history as it debuted at No.5 on the “Billboard 200” in 2020.

MONSTA X, which has expanded its musical spectrum with the members’ active participation in each album, has captured an applauded musical growth and transformation with the 9th mini-album One Of A Kind. Particularly, the main rapper Joohoney has been in charge of producing the group’s title track “GAMBLER,” which was his first major masterpiece since his debut in 2015.

Meanwhile, the astounding group continues to draw enthusiastic responses from MONBEBE around the world with its extraordinary performances. MONSTA X has also extended its promotional activities to the global platform TikTok with two creative challenges. Furthermore, MONSTA X is on its second week of promoting its 9th mini-album One Of A Kind on several music shows and variety programs.