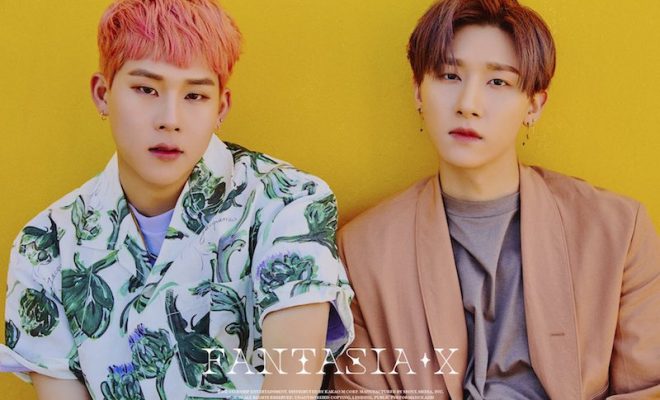 MONSTA X turned up further excitement for their comeback with tropical-themed snapshots featuring Joohoney and I.M!

MONSTA X wrapped up their summery set of teaser photos for FANTASIA X prior to its highly-anticipated release on May 26 with stunning snapshots of Joohoney and I.M! 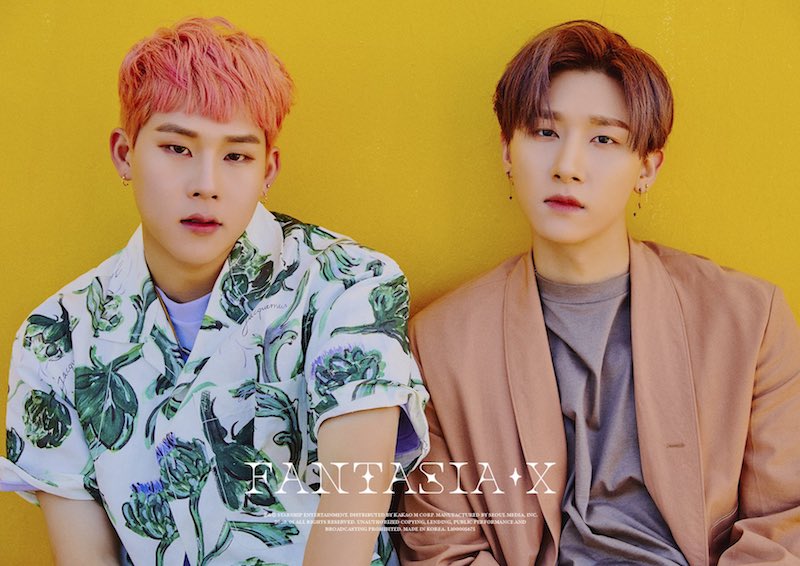 Released on May 20, the boy group’s rap line starred in bright and colourful concept photos for their upcoming mini-album’s teaser countdown. Both radiating coolness despite their contrasting looks, Joohoney and I.M turned up the intensity with their heated stares towards the camera for their concept photos’ third version.

Joohoney also brightened up the scene with his vibrantly-coloured hair and printed shirt which reflected the ultimate summer mood. Going for a casual look, the rapper let a bit of sunlight shine on his face and light up his features for his individual teaser image. 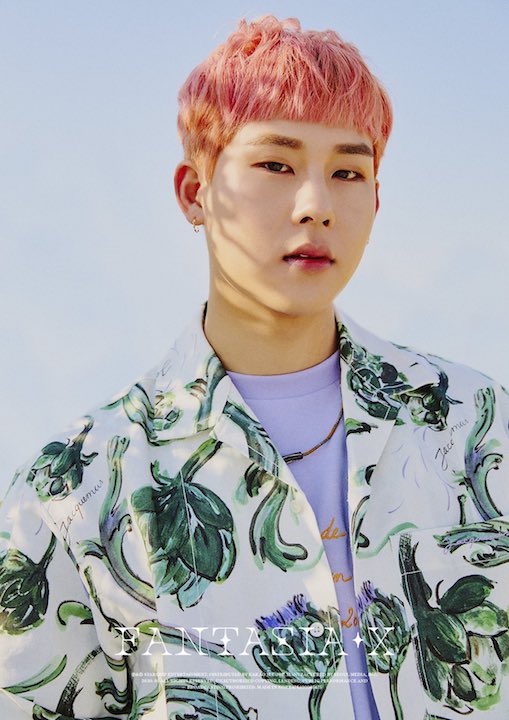 Meanwhile, I.M flaunted his features which looked like they were sculpted by angels themselves in his solo snapshot. Angling his face towards the sky, the group’s maknae dazzled everyone as he let shadows fall on his face and cast an even more heavenly look on him for his solo teaser photo. 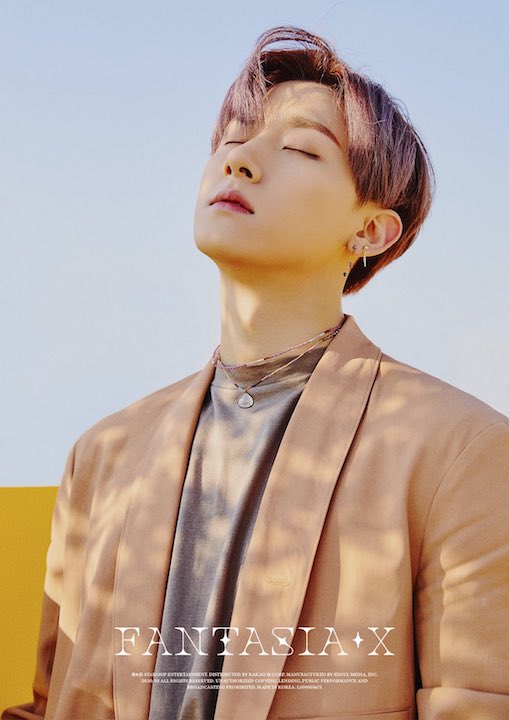 Wrapping the set up with a splendid, sunny finish, the group also bonded together for a snapshot against a vibrant yellow background while decked up in different outfits of different colours. 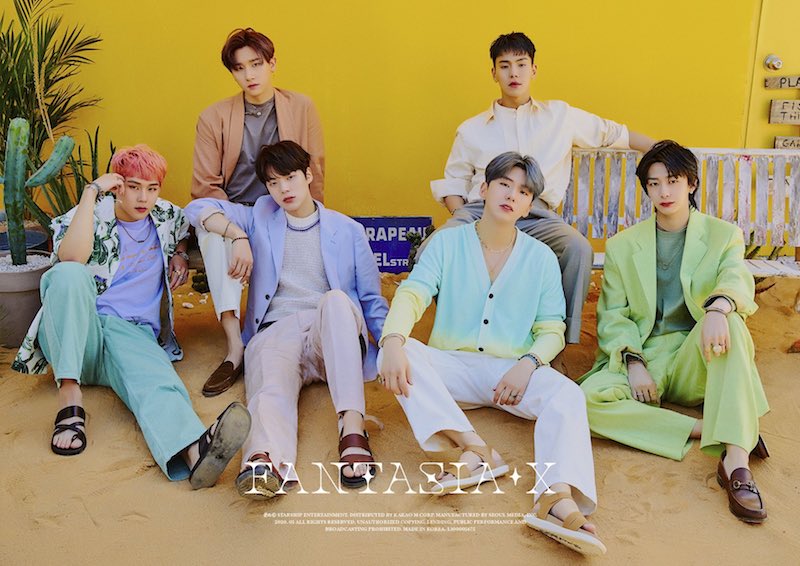 Previously, the group resumed their comeback teaser countdown with the same bright-themed set of images featuring the other members.

Two other concept photo versions for the mini-album had also been released from April 28 to May 3. Additionally, the group revealed a series of black-and-white concept trailers that spoiled the titles of some tracks from FANTASIA X prior to its official tracklist release.