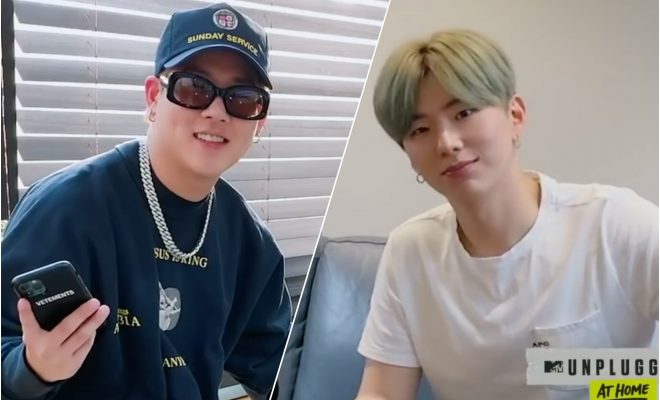 No matter where you are right now, MONSTA X’s Joohoney and Kihyun will surely get a hold of your heart once you hear their sweet serenades for MTV Unplugged!

MONSTA X’s Joohoney and Kihyun kept fans company through their delightful jamming session as part of the lineup for the digital mini-concert series MTV Unplugged At Home. 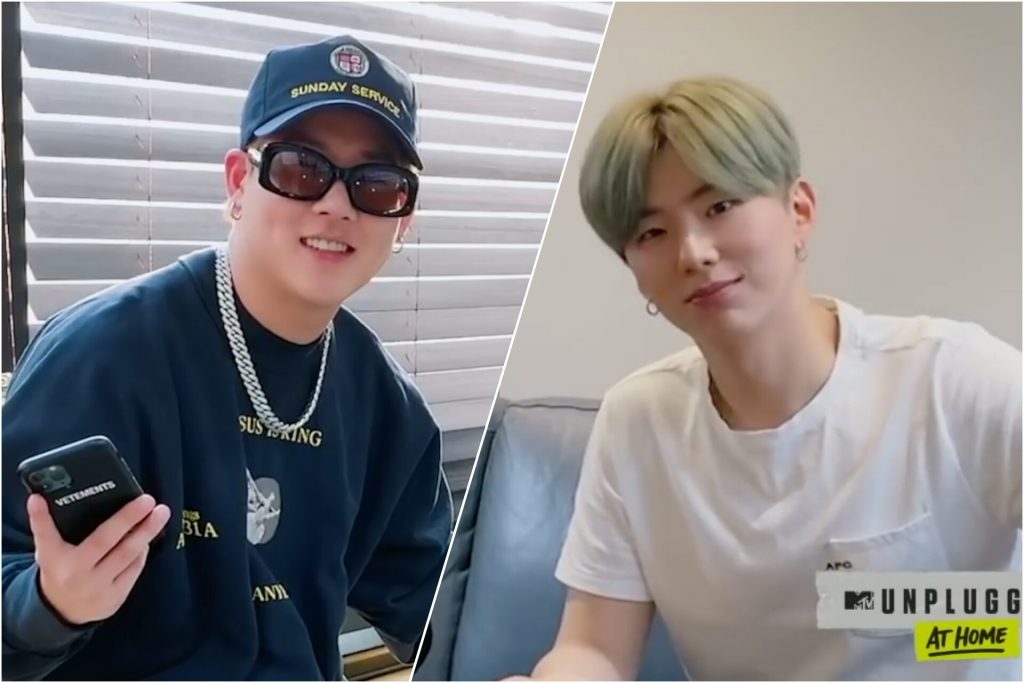 Unveiled on April 25 at 1 AM KST, the two MONSTA X members’ participation in the MTV series was a sweet treat which featured the stripped-down versions of two tracks from their successful English debut album All About Luv.

Joohoney started the acoustic session with a euphonious version of “Beside U”. “Shoutout to MONSTA X. Shoutout to Monbebe,” he sweetly dedicated as the song’s melody began.

With his smooth and sweet-sounding vocals creating a perfect harmony with the song’s soft tones, Joohoney left fans clamoring for an acoustic studio version of “Beside U”. Once again, the rapper displayed his astounding vocals and proved his overall versatility as a musician further with this performance.

“Thanks for hanging with me at home, MTV Unplugged,” he said before waving goodbye to fans.

Going up next was Kihyun, who greeted viewers by introducing himself and welcoming fans warmly. “Thank you so much for having us, MTV. We prepared “You Can’t Hold My Heart” in acoustic version for you guys,” the MONSTA X member said.

Showing his great control over high notes, Kihyun then powerfully belted out the English song, making fans mesmerized with how his live and acoustic rendition sounded exactly like the track’s studio version—once again proving his impressive capabilities as a singer.

“Thanks for hanging here with us at home for MTV Unplugged. Being apart teaches us how to be together. Stay safe, stay healthy, and stay at home,” the singer said before adorably saying goodbye.

Watch the acoustic renditions of “Beside U” and “You Can’t Hold My Heart” from MONSTA X’s Joohoney and Kihyun for MTV Unplugged below: