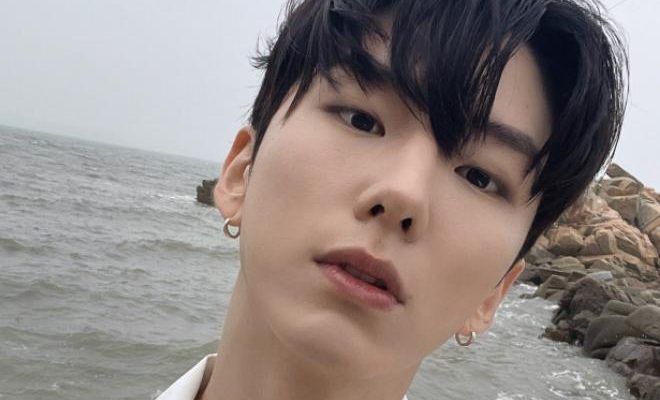 A little bit is absolutely so much more as Kihyun once again enchants with his majestic voice that can fill the ocean deep with his love for MONBEBE!

There are voices in our head and it’s clearly of MONSTA X’s Kihyun! The vocal king never disappoints as he continues to beguile the hearts of all trying to find a way back to love in this fantastic cover of Tom Grennan’s “Little Bit Of Love.”

Fans all know how everything Kihyun sings he makes it his own. And this awesome cover is just another one of the many splendid acts the unrivaled vocalist brought forth to the world.

In the recently released song cover, Kihyun looks as pristine as the wide sea behind him. Without a doubt, the ace singer presents an astounding yet relaxed visual that he pulled off perfectly.

Kihyun looks like an art between the white sand and the rhythmic waves. As he naturally places his microphone on the stand, it’s as if he also started to take breaths away immediately. He opens the song with his melodramatic eyes and he actually doesn’t have to try and find his way back because MONBEBE definitely ain’t letting him go.

Tom Grennan has put his soul into the song, and it was simply amazing how Kihyun was able to bring his own to it. Every note was simply spectacular and the sweet artist made sure his signature high notes were as high as the waves of the wide sea. The low notes were also attractive, and hearing Kihyun perfectly demonstrating his dynamic voice is enrapturing, to say the least. 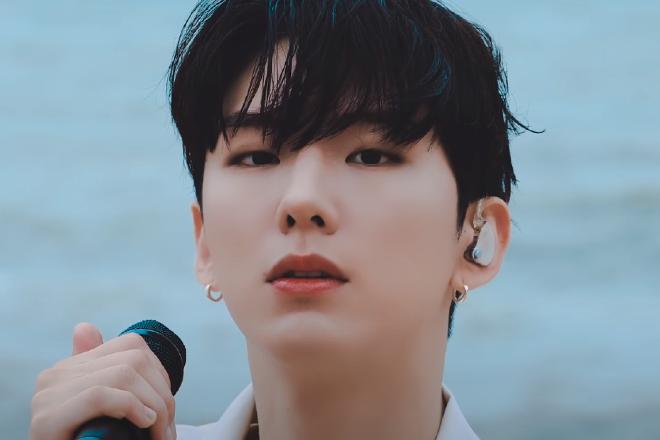 Kihyun’s song cover also gave a familiar feeling as to what JTBC’s Begin Again and Sea of Hope wanted to provide—comfort. And, if we’re stuck on an island and Kihyun’s voice would probably be the only thing we’ll hear, then it’s fine!