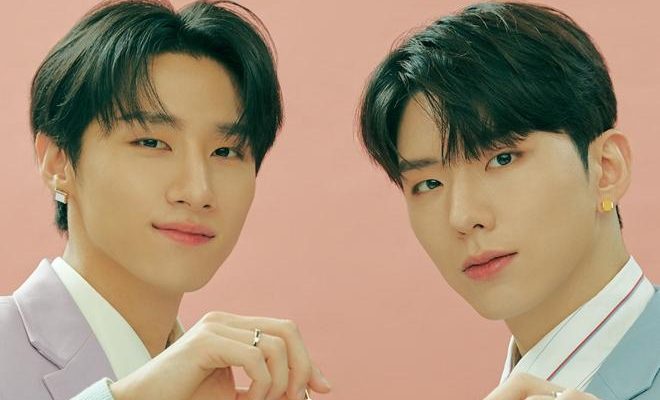 Every MONBEBE should check in right now and enjoy the fun-filled premiere of Midnight Idol hosted by Kihyun and I.M!

Earlier, it was confirmed that MONSTA X’s Kihyun and I.M will be the hosts of their own Naver NOW program titled Midnight Idol. Global MONBEBE was thrilled to find out that all MONSTA X members (aside from Shownu who is currently serving in the military) have their own radio shows now.

And finally, Kihyun and I.M will present their irresistible charms with the first episode premiering tonight, September 6 at 10:00 PM KST.

Midnight Idol has also released posters of the two hosts donning pastel-toned suits under a hotel concept. Kihyun and I.M plan to communicate with fans around the world by talking about real and honest stories of idols.

Moreover, Kihyun and I.M had participated in a pre-broadcast of Midnight Idol on August 31. The pre-broadcast appeared as a teaser for what the two “Gambler” artists will present in the following weeks. It also raised expectations for future episodes as Kihyun and I.M displayed their comfortable and natural charms.

Kihyun and I.M went on to convey their excitement through Starship Entertainment. “It’s finally the first episode of the show we’re hosting, Midnight Idol. Yes, we are nervous but we’ve prepared lots of fun things and activities with MONBEBE, so we hope you can watch it live.” The two also hoped every MONBEBE will spend their late-night hours with them every weekday.

Meanwhile, Naver NOW’s representative idol program Midnight Idol will be held in a free format with no fixed end time. This means that Kihyun and I.M can do whatever they want, no matter how long they would like to have fun with global fans.

Kihyun and I.M will greet fans through Midnight Idol on September 6 at 10:00 PM KST through the Naver app. As the program has a concept of a “nocturnal idol show,” global MONBEBE can freely spend their late-night hours with Kihyun and I.M every Monday to Friday.