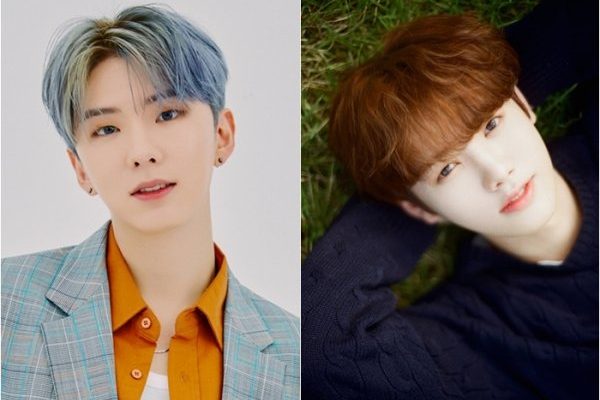 This stellar collaboration is literally one for the stars!

While, Minhee commenced the track with his sweet toned vocals, Kihyun joined him via a VCR video which left fans spellbound and starry eyed. To add to the mesmerizing energy, the setting of the stage only contributed to the sparkling ambiance. The backdrop was bedazzling and  reminiscent of the stars in the night sky.

Kihyun’s high octane vocals added warmth with his soft, bright notes while Minhee’s saccharine voice sounded comforting as he captured hearts with his breathy, low tones. Their synchronized harmonies made for a heartwarming experience for listeners who couldn’t get enough of the dazzling duo’s performance. 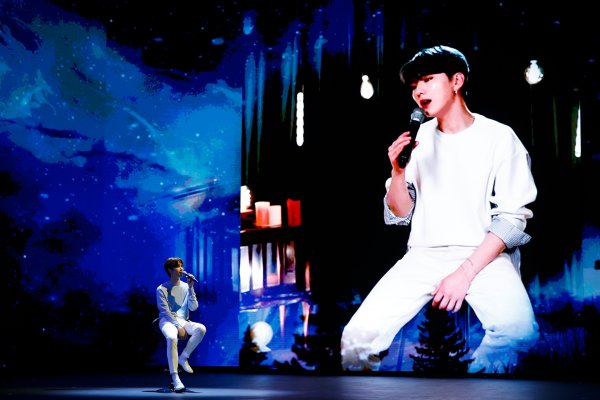 On working on the collaboration with Minhee, Kihyun expressed that it was a different kind of performance. He added that it seemed quite refreshing for him to delve into something so unique. He said, “I was happy that I could show a good stage to the fans, and I want to express my gratitude to Minhee, who worked hard to create this together”.

Minhee also expressed his thanks to his senior label mate and thanked Kihyun for leading him through the collaboration. He asserted,  “I will do my best to show you a wonderful performance in the future as well.”

As MONSTA X’s main vocalist, Kihyun has enthralled fans with his impressive performances and euphonious vocals. Besides making an impression on MONSTA X’s chart topping discography, he has also showcased his musical abilities by appearing on various K-Drama OSTs as well, among which include, tvN’s What’s Wrong With Secretary Kim?, SBS’s drama Suspicious Partner and the recent KBS2’s Meow, The Secret Boy.

With only having debuted this year, Minhee has also made quite the impact with his group CRAVITY with their album CRAVITY SEASON 1: [HIDEOUT: REMEMBER WHO WE ARE] and their title song “Break all the Rules”.

Besides this, the group also charmed with their summer track titled, “Cloud 9”. The bright and refreshing music video for the same added to the overall vibrant vibe of the track as well.