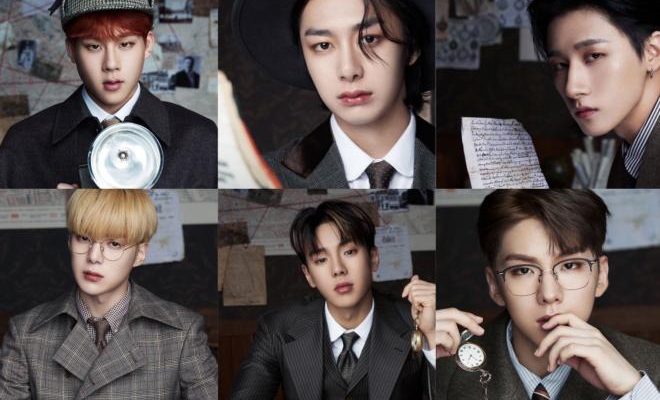 MONSTA X dazzles as they gear up for an intriguing investigation in the crime scene version music video teaser for their exciting new single “Kiss Or Death”!

MONSTA X is ready to explore a brand new world indeed! This is evinced in their exciting reveals thus far for their new track “Kiss Or Death”.

First, the glamourous group got the ball rolling with a mystifying monochrome concept trailer titled “The One”. The lavish 31-second clip fascinates with its arcane stills. It features the six members appearing and disappearing throughout a train as they traverse through time and space.

With a puzzling message that reads as, “All witnesses and testimonies collectively pointing towards one identity”, MONSTA X sets forth on a mysterious journey.

The latest release only adds to the overall enigma that was kindled thanks to the concept trailer. The ‘Crime Scene’ version sees the boys dressed up in a more glitzy fashion albeit keeping in mind the overall retro feel that has been spotlighted in not just the clips but through the concept photos as well.

I.M, Joohoney, Kihyun, Shownu, Hyungwon, and Minhyuk certainly pique the interest of viewers. They captivate as they carefully inspect the scene aboard the express. Traveling through time and space, this talented sextet is undeniably raising the expectations for where this adventure will finally lead to.

Besides this captivating ‘Crime Scene ver.’, MONSTA X will now be revealing a second music video teaser. Labeled as the ‘Time Warp ver.’, it will release on July 23. 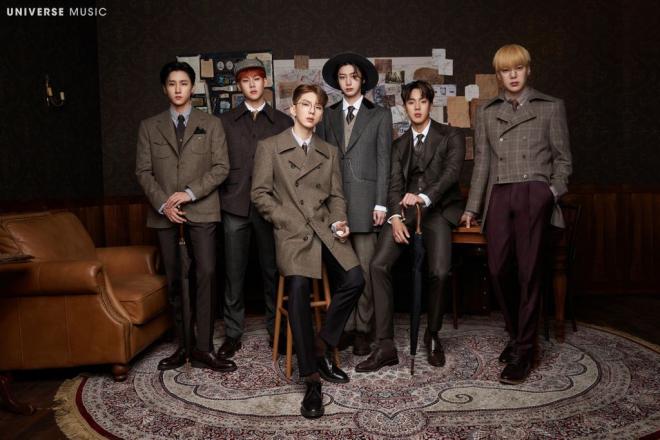 Meanwhile, MONSTA X will be unleashing their unlimited charms through their upcoming single “Kiss Or Death”. It is set to release on July 26. The music video will be revealed on the same day at 6 PM KST. Its full version will be made available exclusively on the Universe app.