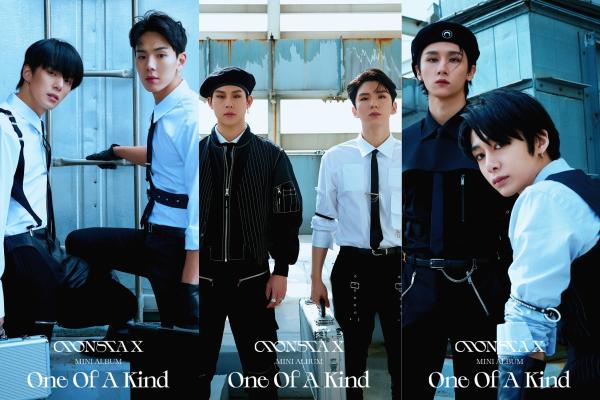 By Bea Ibañez | May 21, 2021
FacebookTwitter
SubscribeGoogleWhatsappPinterestDiggRedditStumbleuponVkWeiboPocketTumblrMailMeneameOdnoklassniki

We surely are addicted to how these six young men look gorgeously fine!

It was a lovely sight as MONSTA X releases the second set of concept photos for the 9th mini-album One Of A Kind.

Overflowing with mature masculinity in perfect black hairstyling, a total of 24 photos were unveiled to fans’ delight on May 20. 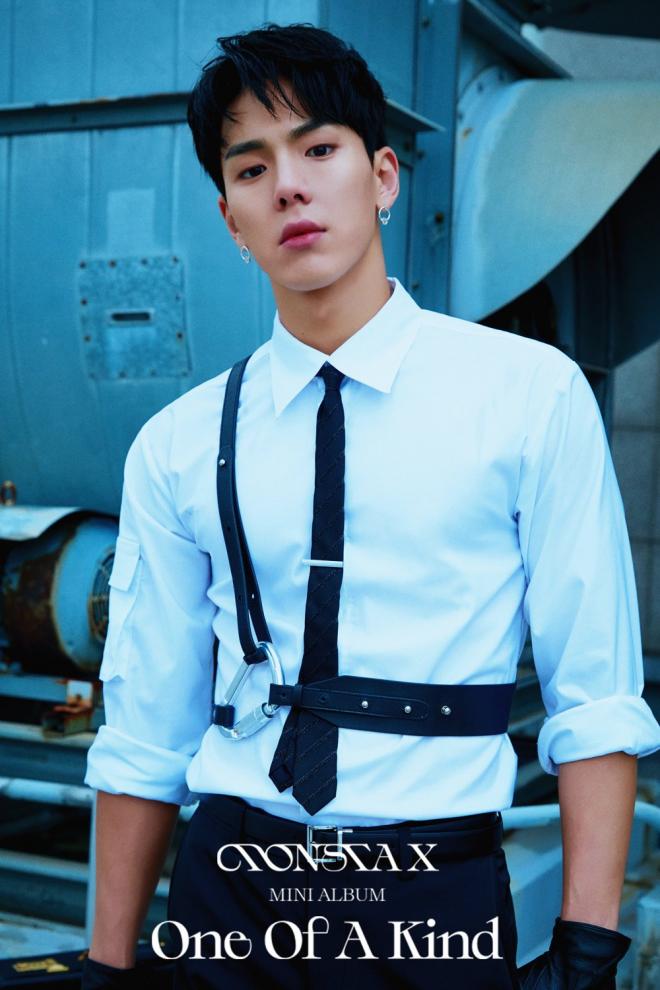 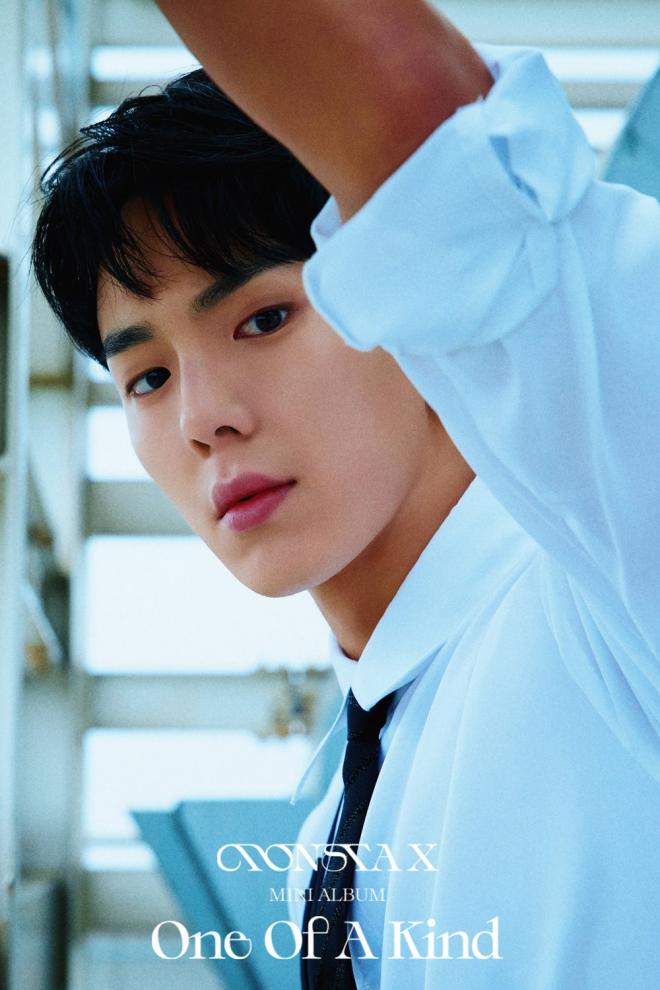 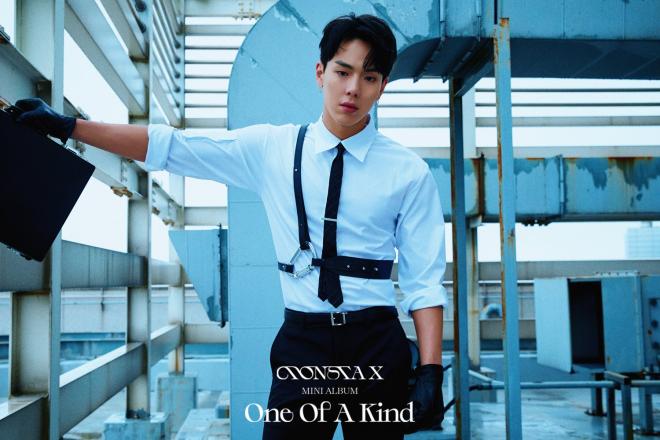 Followed by Minhyuk’s photos, the vibe went on its peak as the VogueShip Show host carries a briefcase over his shoulder. The group’s official mood maker ain’t here to goof around as he stares straight into the camera with his strikingly artistic eyes. 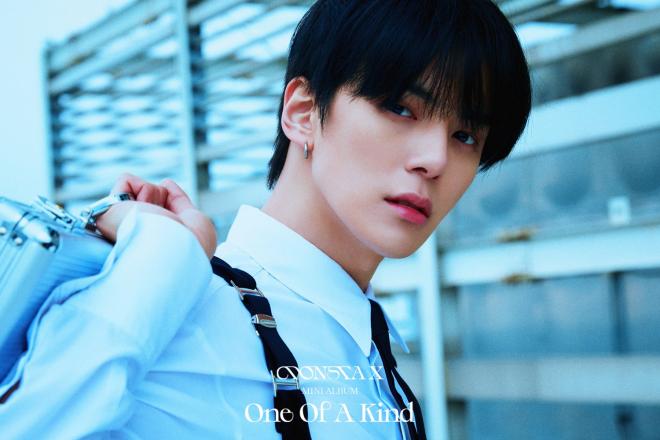 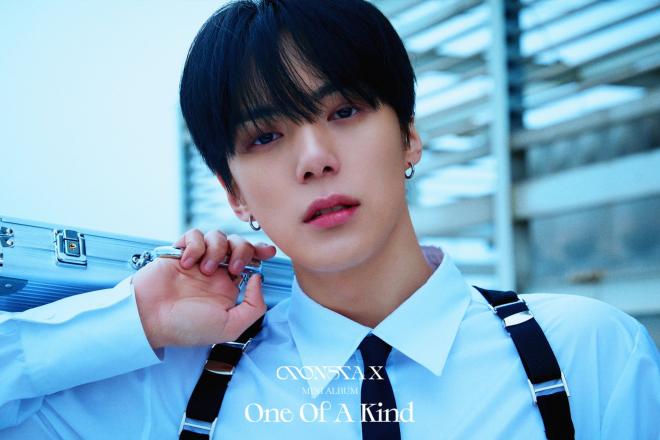 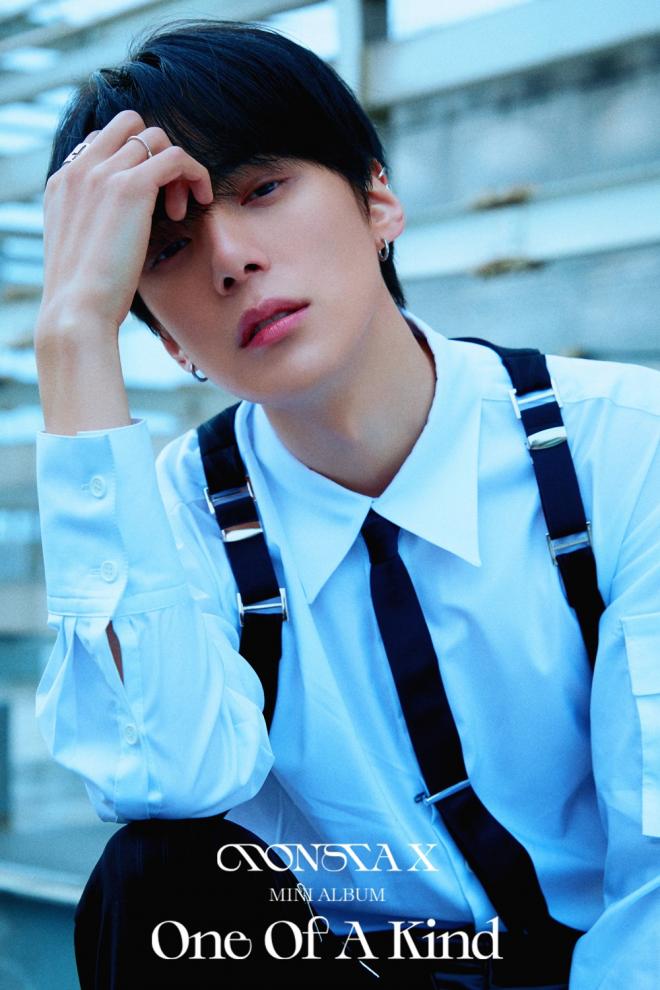 The unit photos for the group’s hyung line were impeccable, to say the least. Not to mention the dramatic stares of the two as they held on a silver ladder as if portraying a heist. 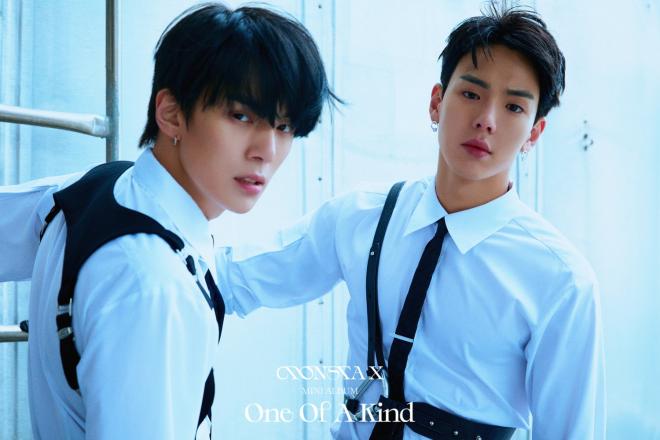 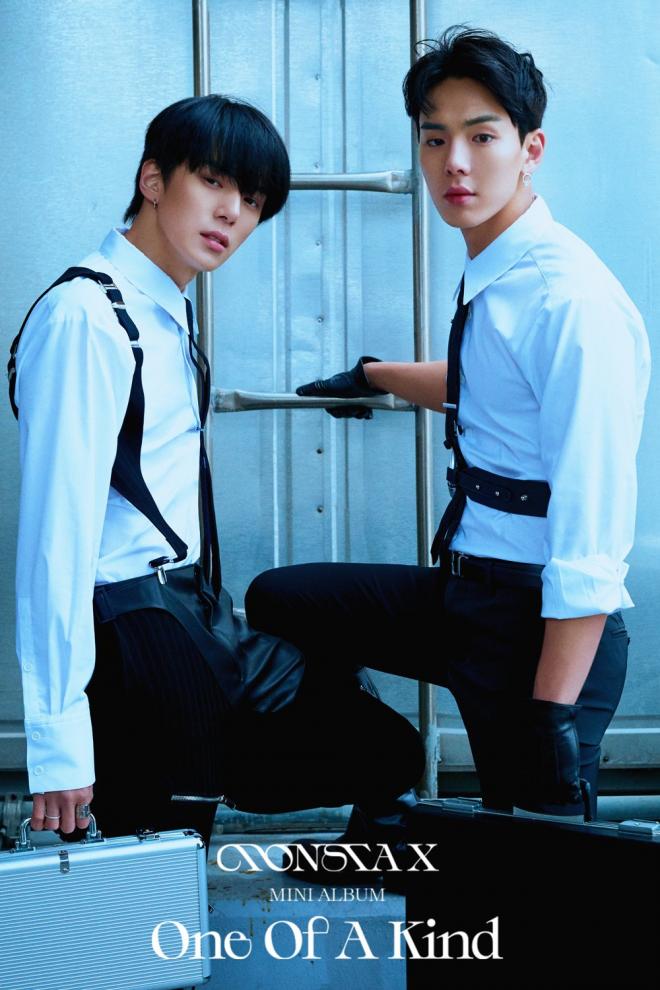 Kihyun’s shots were undeniably flawless just like his vocals. His classic neat style donning a pomade hair captivated fans with his eye-catching look towards the camera. Relatively, the group’s official hamster proved he is now a charismatic shark that defies all of South Korea’s stock market as he stares afar, boasting his perfect side profile. 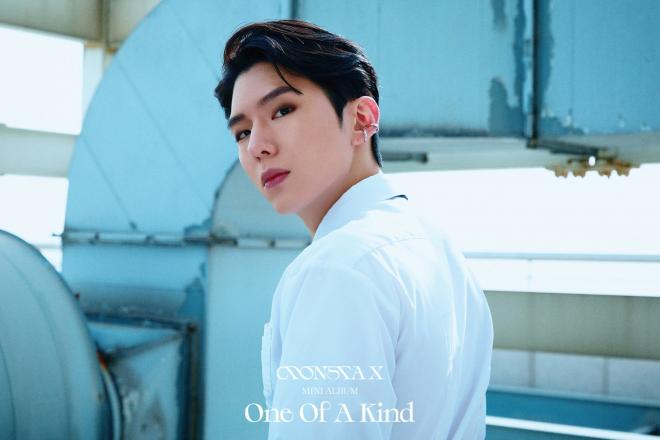 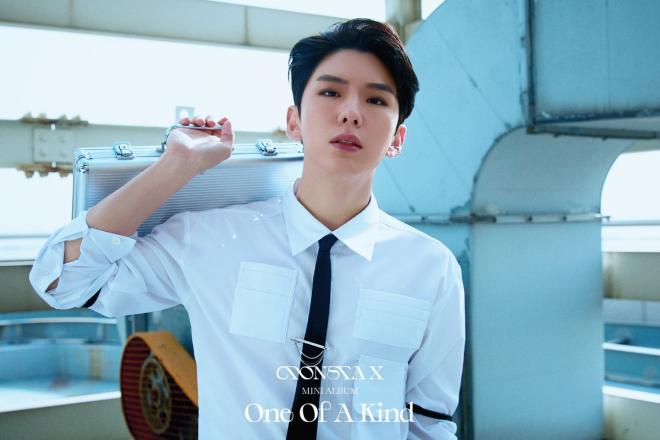 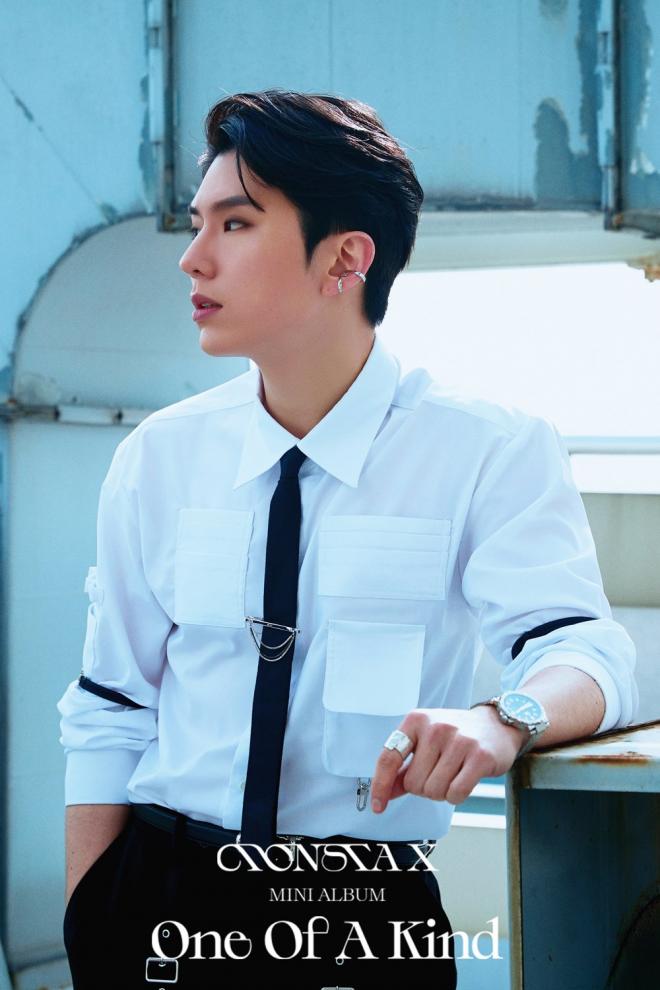 On the other hand, Joohoney emphasized his unique character as the main rapper in a beret and full black outfit. The PSYCHE genius showed off his side profile, as well, making fans in awe of the honeybee’s overflowing charisma. 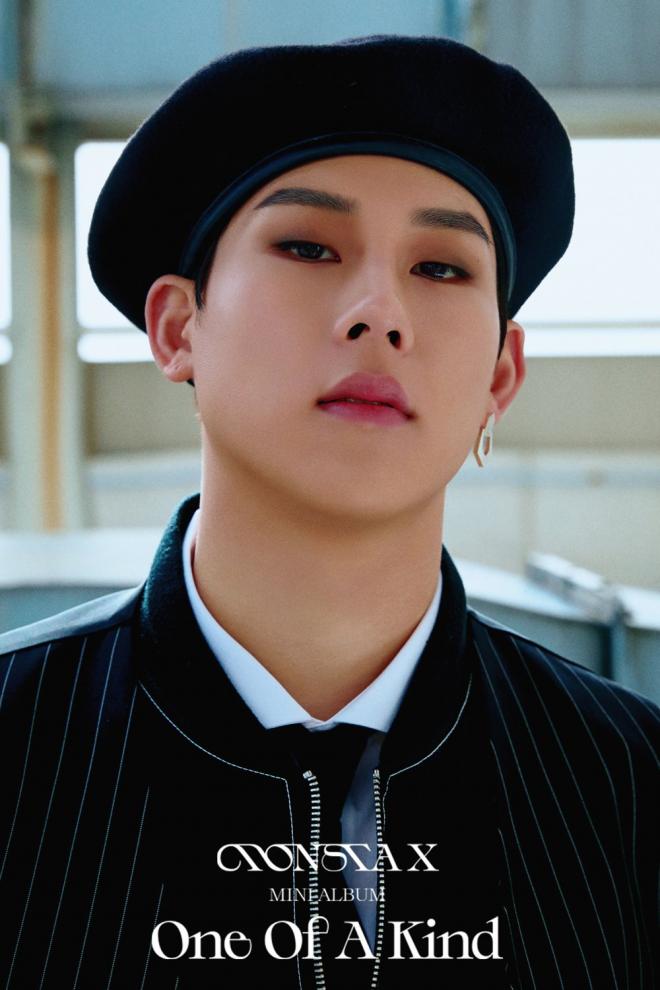 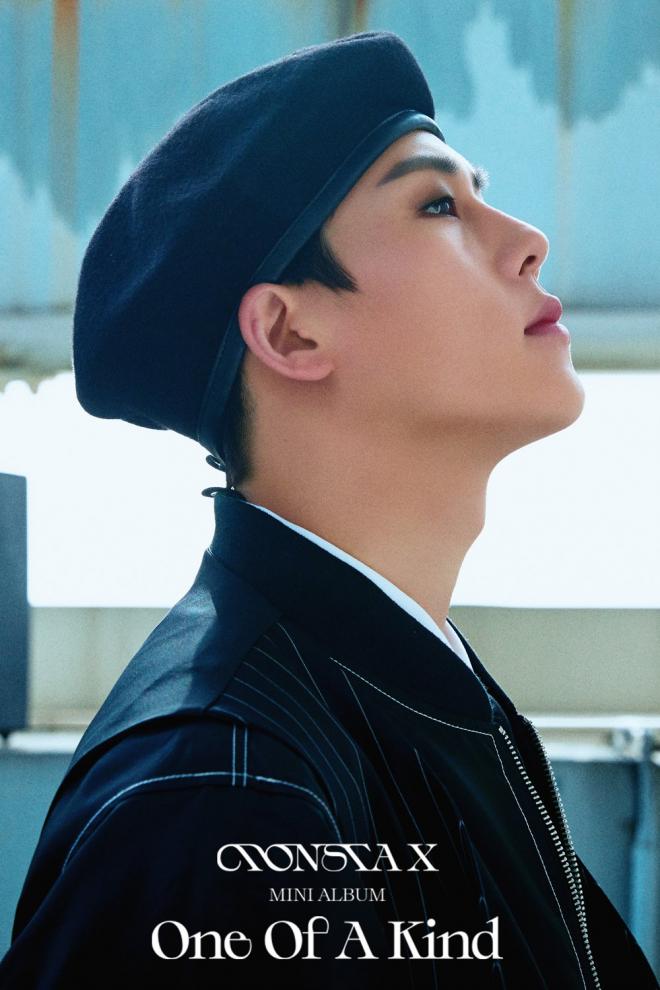 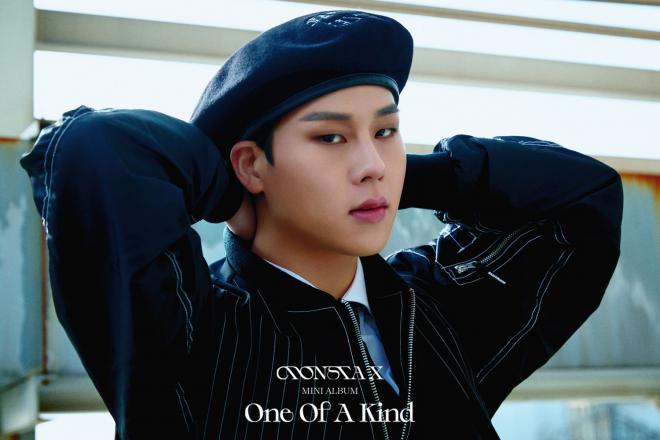 Kihyun and Joohoney’s unit photos were nothing short of breathtaking. The two stood side-by-side, fiercely staring straight into the camera with briefcases in their hands. The other unit photo showed themselves comfortably idling behind a machine as if waiting for MONBEBE to gamble everything with them. 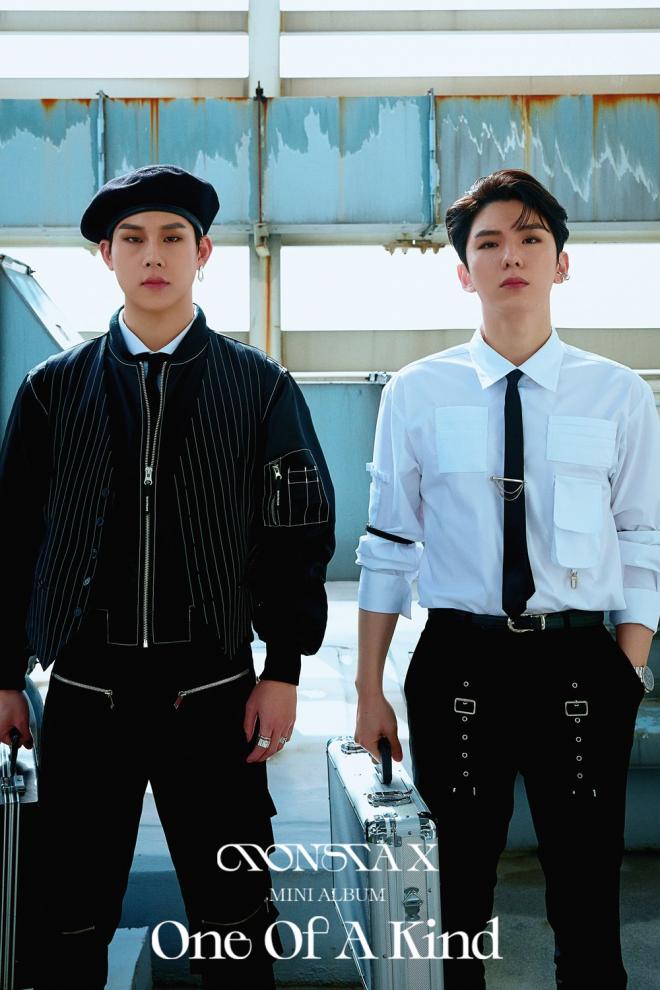 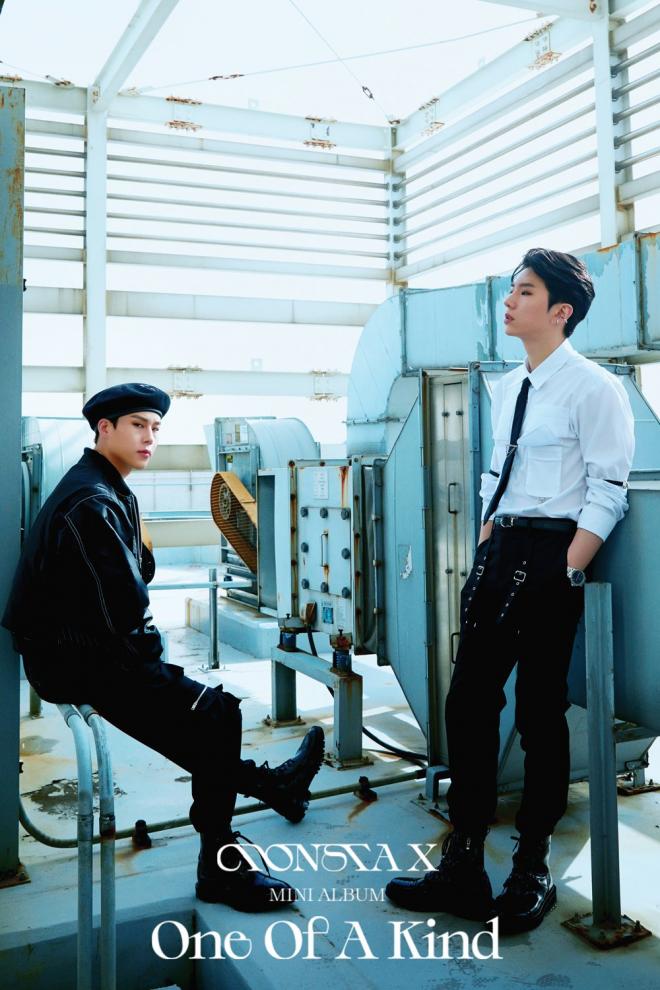 What word can properly describe Hyungwon’s unrivaled visuals? The resident DJ H. One showed off his unique charm in matching neat shirts, jumpsuits, and long boots. Relatively, the Nobody Else songwriter boasted his superior height and long legs as he sat atop a tube with a briefcase on the ground. 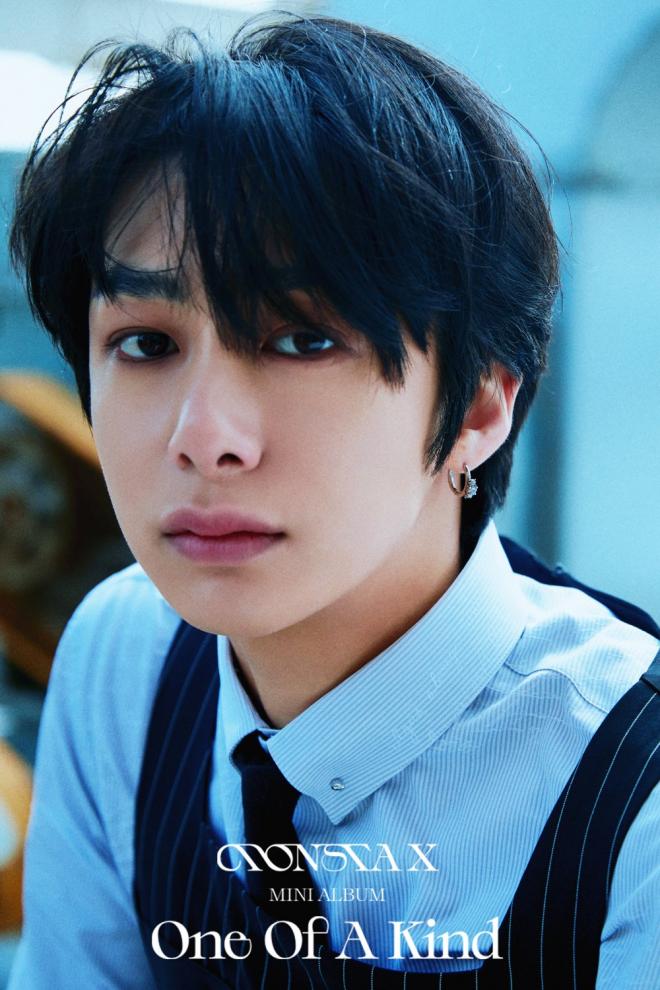 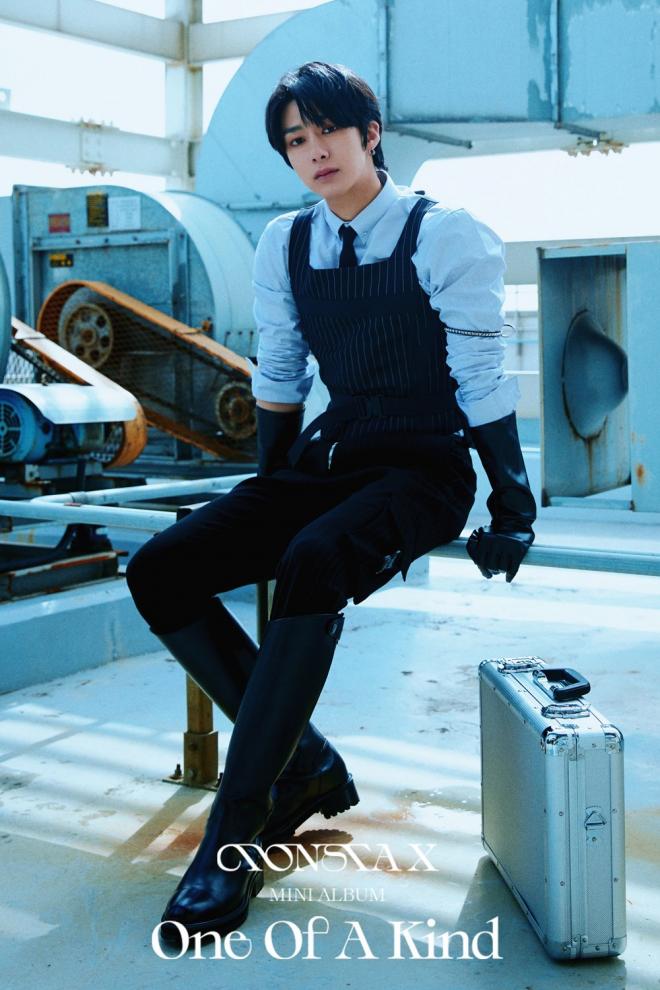 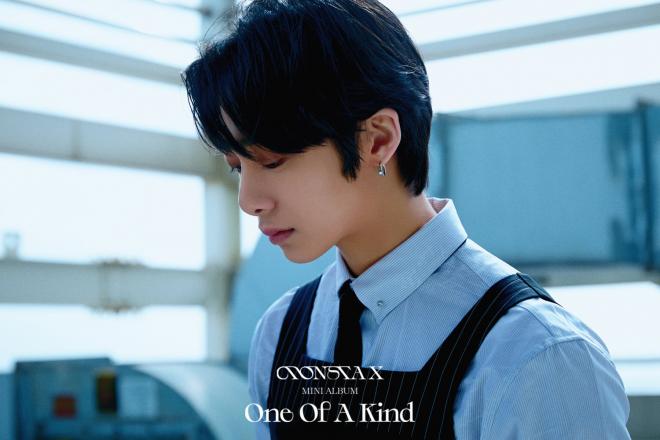 Consecutively, I.M’s concept photos pulled off a more stylish look. Same with Joohoney, the seasoned youngest wore a beret in an all-black outfit that further resonated curiosity from fans. 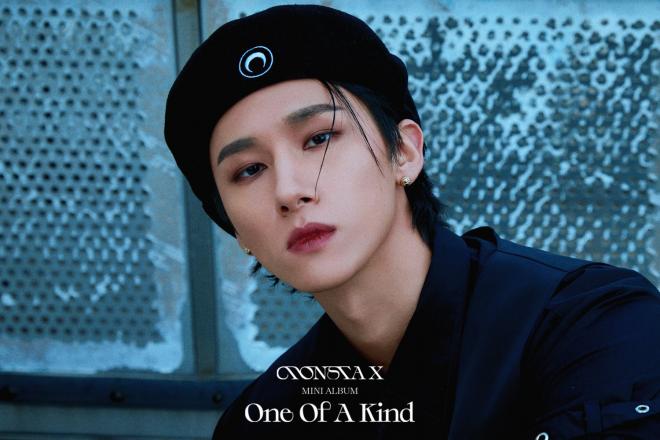 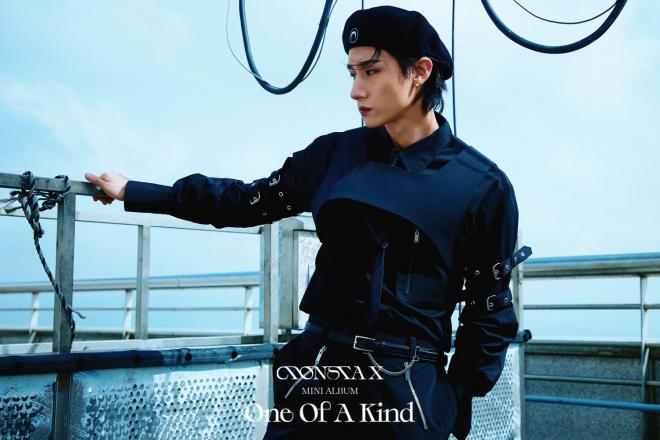 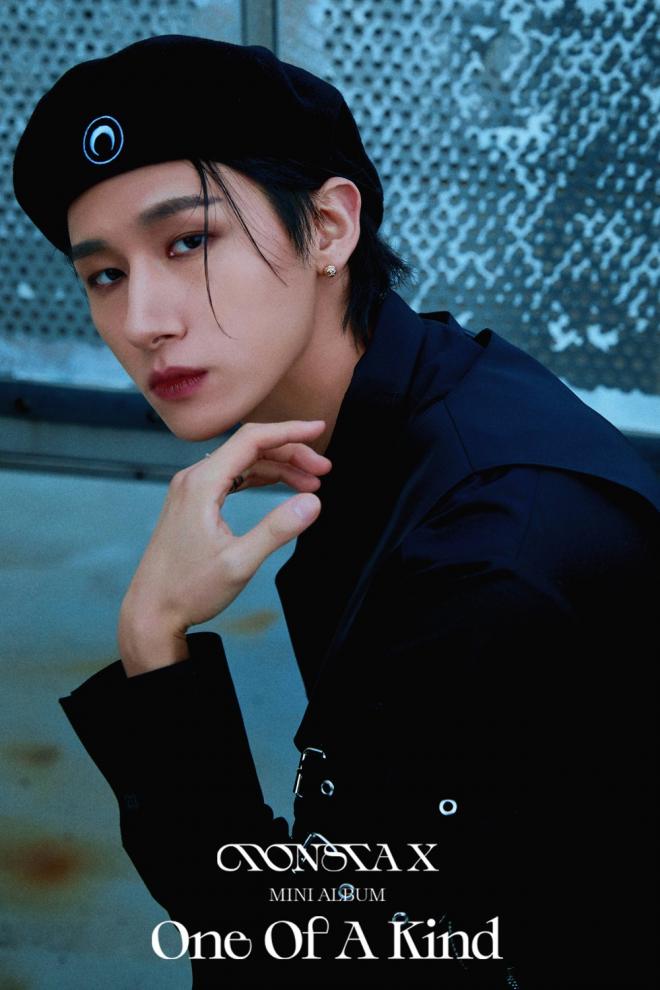 Finally, Hyungwon and I.M’s unit photos displayed each of their stern and charismatic looks. Exhibiting yet another concept to watch for, the two displayed an accurate representation of sexiness behind the most adorable faces. 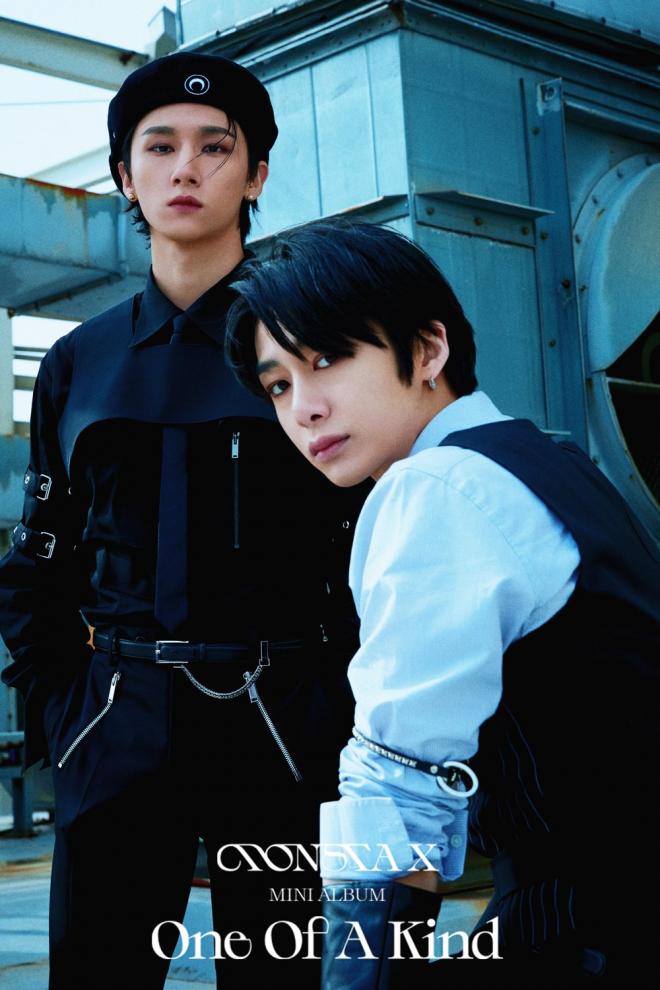 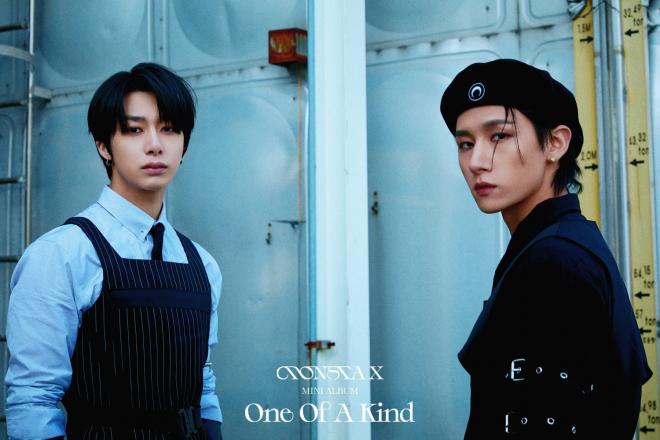 Each member wore a basic shirt-based neat look that highlighted their different personalities. Revealing yet another version of sexiness, the sextet boasted their refined visuals with leather gloves and briefcases, creating a noir atmosphere that definitely heightened expectations for what next concept will they offer the public.

About seven months after the third full album Fatal Love, MONSTA X will return with the 9th mini-album One Of A Kind. Particularly, MONSTA X proved its global influence even before the much-awaited comeback. Amazingly, six of their songs entered the Billboard World Digital Song Sales Chart, accounting for 25% of the chart itself.

Meanwhile, MONSTA X will return with the 9th mini-album One Of A Kind which will be released on various music sites on June 1 at 6 PM KST.

FacebookTwitter
SubscribeGoogleWhatsappPinterestDiggRedditStumbleuponVkWeiboPocketTumblrMailMeneameOdnoklassniki
Related ItemsCONCEPT PHOTOGAMBLERmonbebemonsta xMONSTA X GamblerMONSTA X One Of A KindMONSTA X One Of A Kind Concept PhotoOne Of A Kind
← Previous Story On Hellokpop Playlist: E’LAST U Makes An Enchanting Debut With “Remember”
Next Story → aespa To Show Off Its Irresistible Charms On JTBC’s “Knowing Bros”