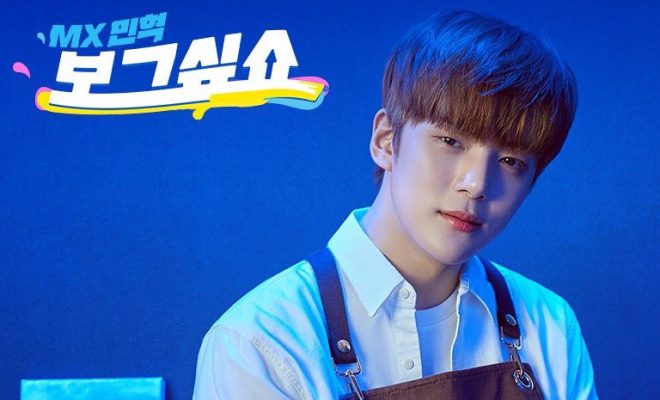 The poster of MONSTA X’s Minhyuk for his show on Naver NOW is the definition of the term “pretty as a picture”!

The photoshoot for the poster of the VogueShip Show was held at Naver NOW studio. Minhyuk mesmerized with his showstopping visuals against the moody blue toned backdrop.

The vocalist channels his artistic side amidst the vivid and warm setting. Dressed in a stylish white button down shirt which he paired with an apron, Minhyuk looks like art personified as he sat in front of an easel and canvas.

The MONSTA X member also showcased his sweet visuals in some behind the scenes images of the show shared by Naver NOW. 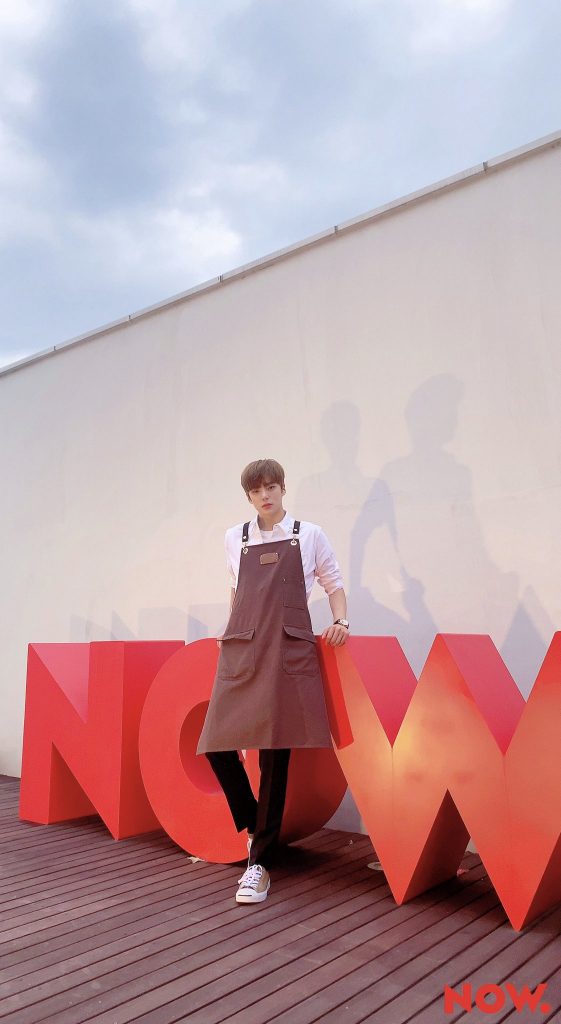 Moreover, in another image he poses alongside some of his eye-catching artworks. He encourages fans to participate in sending in stories into the program as well. 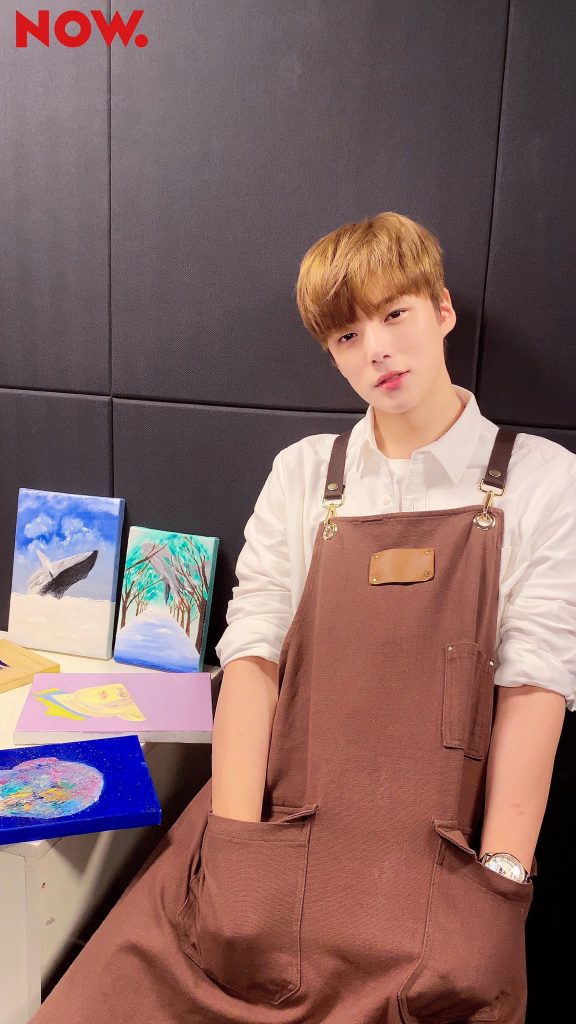 The concept of the show is unique as it promises to be “an audio show that you want to see, draw, and enjoy.” The broadcast will see the talented singer communicate with listeners and draw pictures on various topics in real time.

Viewers will also be able to enjoy some of the idol’s finest works in his “Minhyuk’s Atelier.” The broadcast will be released in a video format. Fans will be able to stream the episodes on Naver NOW on the mobile Naver app.

Minhyuk has already captured Monbebe’s hearts and has wowed fans in MONSTA X’s recently released mini-album FANTASIA X as well. He has also impressed with his keen sense of entertainment on various programs such as tvN’s My Mathematics Puberty. The artist has also dazzled as an emcee on SBS’ Inkigayo.

The first episode of Minhyuk’s highly anticipated show will premiere on July 30 at 7:30 PM KST. The episodes will air every Thursday thereafter.

Hellokpop, as an independent Korean entertainment news website (without influence from any agency or corporation), we need your support! If you have enjoyed our work, consider to support us with a one-time or recurring donation from as low as US$5 to keep our site going! Donate securely below via Stripe, Paypal, Apple Pay or Google Wallet.
FacebookTwitter
SubscribeGoogleWhatsappPinterestDiggRedditStumbleuponVkWeiboPocketTumblrMailMeneameOdnoklassniki
Related ItemsMinhyukmonsta xVogueShip Show몬스타엑스민혁보그싶쇼
← Previous Story AB6IX, CIX, Kim Jae Hwan, Park Ji Hoon, & PENTAGON To Headline “2020 Golden Wave Concert”
Next Story → Quick Reviews: Raffina & Cavi’s “Baby’s Breath”, Telefly’s “A Good Old Fashioned”, and Jeong Eun-ji’s “Simple”