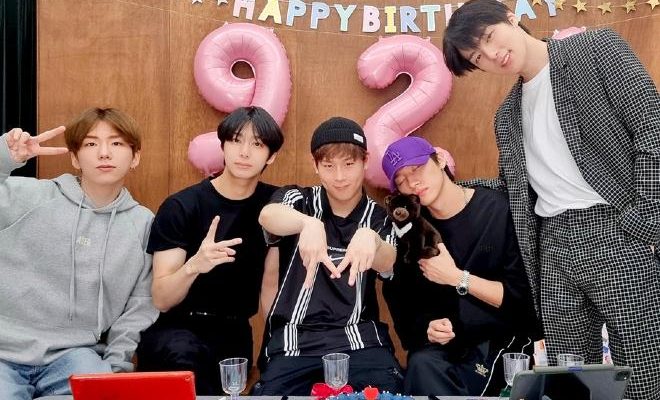 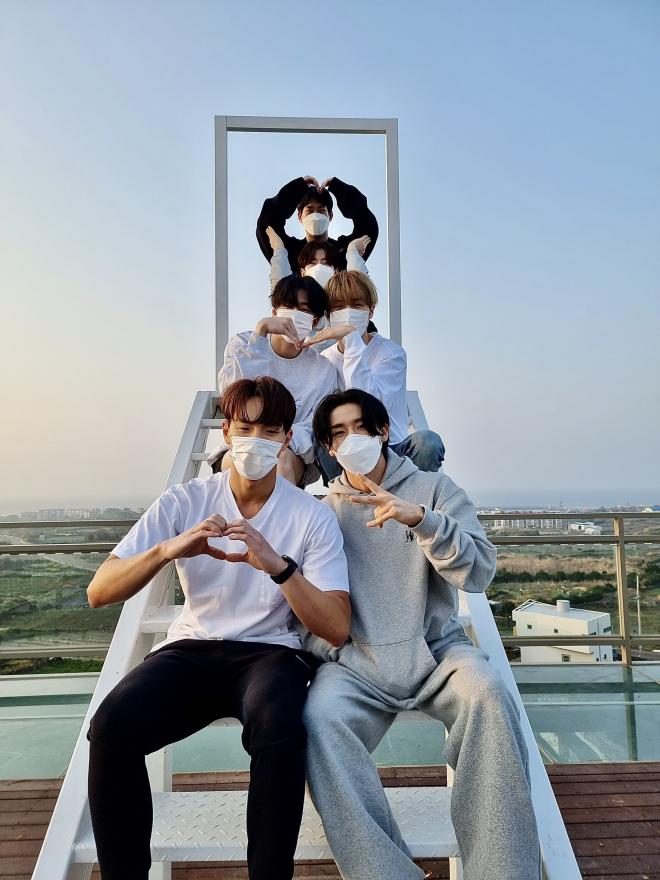 On September 26, the fandom MONBEBE turns 6 years old, and the MONSTA X members felt emotional imagining as if the fans are now entering kindergarten. Because of the pandemic, MONSTA X held an online birthday party to celebrate the special day.

The V Live broadcast started differently compared to their previous lives. This time, the members appear one by one to let MONBEBE around the world feel that they were being invited personally to a party.

The members blew candles on the cake after singing the happy birthday song affectionately. Then, several corners were revealed which had every fan focused on the many memories constantly recalled by the members. In particular, the members selected the best scenes of the group all throughout the year 2021. MONSTA X also answered questions sent by the members anonymously.

The night was filled with warmth as MONSTA X expressed their extraordinary love for fans through an on-the-spot award-giving to MONBEBE. The members also took turns to summarize what they have been up to. Minhyuk mentioned working with Naver NOW’s Vogue Ship Show and his other shows such as Back to the Idol season 2 with Super Junior’s Eunhyuk and Our Neighborhood Class. Hyungwon and Joohoney being the hosts for MBC Radio’s Idol Radio season 2 was also mentioned and they briefly shared their sentiments. Also, Kihyun and I.M landed on their own Naver NOW show, Midnight Idol, which airs every weekday. 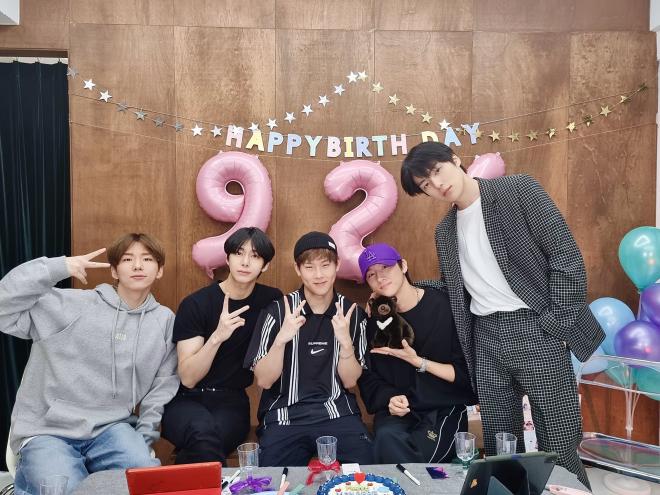 They also had a short phone call with Shownu who is currently serving his mandatory military enlistment as a social worker. MONSTA X’s reliable leader wished MONBEBE a happy birthday and hoped that only good things will happen to everyone. Before ending the call, Shownu conveyed his innermost feelings towards MONBEBE with the sweetest words that made fans want to see him soon.

It was a pleasure to witness how MONSTA X and MONBEBE grew together through these years. Specifically, aside from powerful stages and addicting album releases, MONSTA X is also known for their undying love for fans who they mention all the time, wherever they go. This is what attracts attention as an ideal relationship between an idol group and its fans who have nothing but affection and respect for each other. No wonder that MONSTA X is staying strong whatever challenge comes because they have reliable fans who will always protect and support them no matter what.

Meanwhile, MONSTA X is continuously showing off its splendid presence in the entertainment industry. The members are seen everywhere and it proves that they are indeed in-demand celebrities. Furthermore, MONSTA X has also recently released a new English single entitled “One Day”. The members are also actively unveiling fun content on various channels.