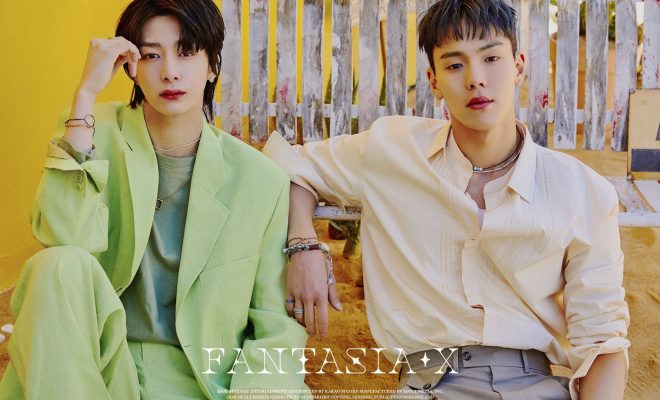 By Yann | May 19, 2020
33
SHARES
FacebookTwitter
SubscribeGoogleWhatsappPinterestDiggRedditStumbleuponVkWeiboPocketTumblrMailMeneameOdnoklassniki

MONSTA X shone the spotlight on the vibrant visuals of Shownu and Hyungwon as they continue their comeback countdown for FANTASIA X with another set of teaser photos unveiled on May 19. 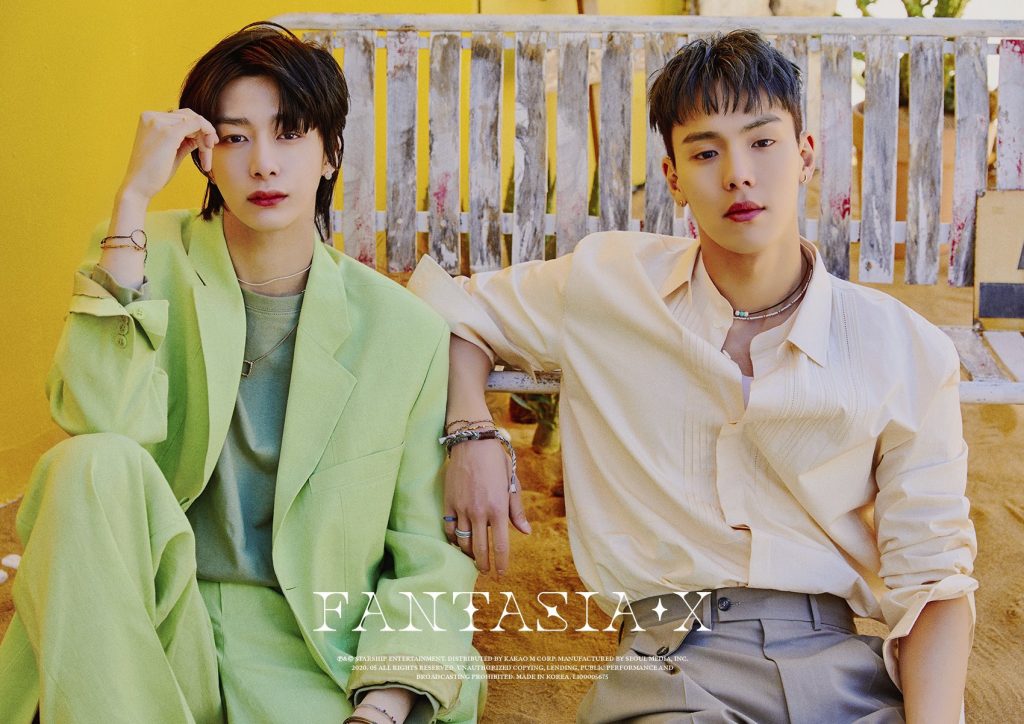 The boy group sets high excitement for their nearing return once again as they pick up their teaser releases for their hugely-anticipated eighth mini-album prior to its new release date of May 26. Continuing their stunning third version of concept photos, Shownu and Hyungwon bonded for a sleek snapshot where they showed off their summer-ready looks together.

Additionally, Shownu heated up the scene with his sizzling charms and refreshing aura in his individual photo. Staring at a distance, the MONSTA X leader grabbed attention as he showed his side profile while donning a crisp button down shirt. 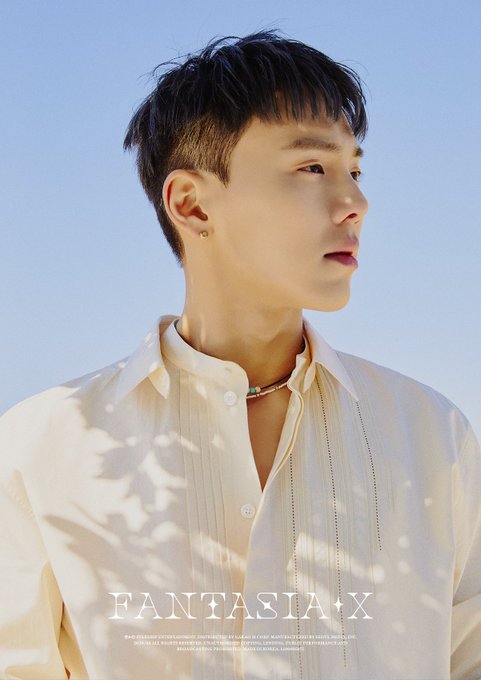 Meanwhile, Hyungwon exuded effortless model vibes in his solo snapshot with his eye-catching expression that triumphed even those of experts in the industry. Clad in a vibrant green suit, the singer radiated a warm glow despite shielding himself from the sunlight. 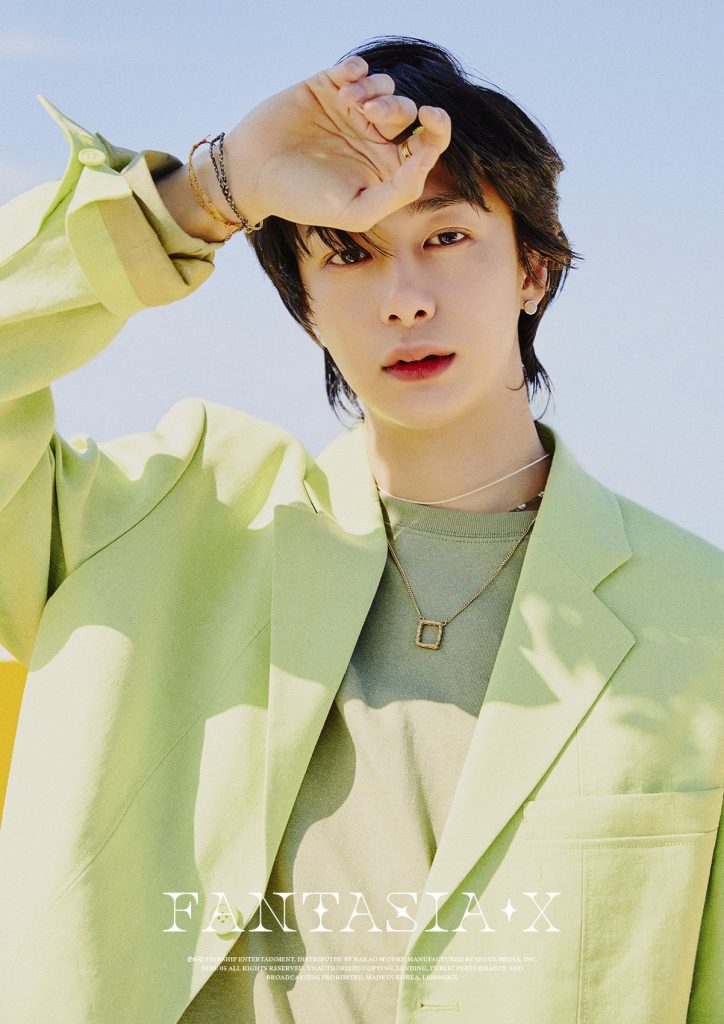 Previously, the group resumed their comeback teaser countdown with Minhyuk and Kihyun in the same bright-themed set of images.

Two other concept photo versions for the mini-album had also been released from April 28 to May 3. Additionally, the group revealed a series of black-and-white concept trailers that spoiled the titles of some tracks from FANTASIA X prior to its official tracklist release.