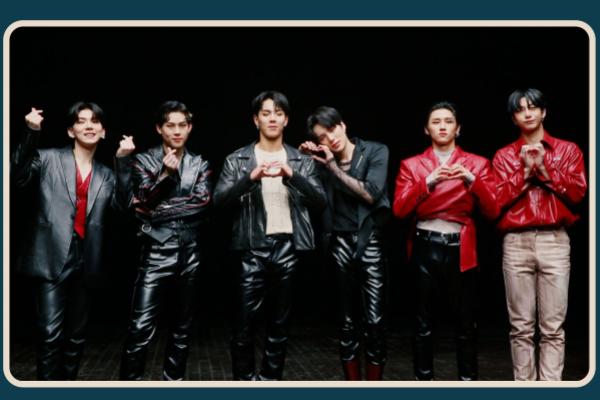 MONSTA X looks awe-striking as they displayed incredible teamwork with its knife-like choreography!

MONSTA X releases a behind-the-scenes video that shows off the members’ solid acting skills and teamwork.

On July 8, the behind-the-scenes clip for the music video filming of the title track “GAMBLER” was released, displaying the members’ impressive talent in acting and dancing. Starting off, Joohoney mentioned that they closely communicated with the choreographer to decide the tiniest details that will make their performance better.

Continuing with the video, the members actively showed off their professionalism even though filming the choreography in one-take seems difficult. But, this is MONSTA X and without any doubt, they can magnificently do anything.

Yet, of course, the filming would feel incomplete without Hyungwon’s adorable mistake. The face genius confidently spreads his hand for the dance break part but turns out that he did it at the wrong timing. And just like how brothers do, Kihyun didn’t let this chance pass by to tease his co-Conservative Brothers member. As Kihyun says “Are you disco dancing?” the other members followed, making Hyungwon laugh.

Joohoney also boasted the tattoo stickers on his face and the gold color in his hair, saying that MONBEBE might not see it but are all included in the tiniest details that make the music video for “GAMBLER” wonderful.

Continuously, MONSTA X started shooting the group dance scene on the second day of filming. Each member showed off their hard-prepared performances, saying “The group dance scene is divided into each outfit. But this time, it’s not as easy as before.” Despite this, the powerhouse group displayed their unending passion and dedication by constantly monitoring for better results. During breaks, the members presented their applauded chemistry with laughter surrounding the filming set. As the members gather together for a group shot, the friendly atmosphere definitely threw away all signs of exhaustion from the overnight filming.

Meanwhile, MONSTA X will continue meeting global fans through various activities and content released through Mon Channel. Shownu, Hyungwon, and I.M are also set to release “Summer Taste” through the 2021 Pepsi Taste of Korea Campaign. The other members are also booked and busy with their individual schedules. Specifically, Minhyuk continuously offers happiness and comfort to MONBEBE every Wednesday through Naver NOW’s VogueShip Show while Hyungwon is currently working hard filming for his new web drama “Fly Again.”