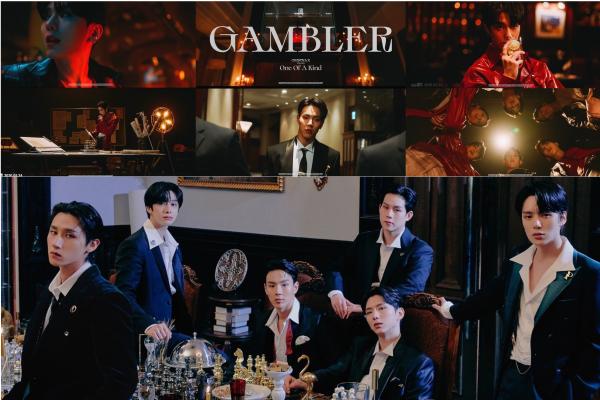 By Bea Ibañez | May 29, 2021
FacebookTwitter
SubscribeGoogleWhatsappPinterestDiggRedditStumbleuponVkWeiboPocketTumblrMailMeneameOdnoklassniki

It was an attractive sneak peek to the much-awaited return of the powerhouse group with an MV teaser release for “GAMBLER,” the title track for the 9th mini-album One Of A Kind.

All members displayed an engrossing visual and it was an absolute 20-second experience just focusing on the sextet’s theatrical appeal. The video sees the members dressed in black and red leather jackets, giving off a tough yet sexy charm. Each gathered their minds together as if planning a major heist of stealing MONBEBE’s precious hearts and souls.

The teaser starts off with MONSTA X’s duality maknae I.M as he effortlessly puts every MONBEBE at the edge of their seats. Then, proving he ain’t just the cute and sweet Maltese, but actually a wild and fierce shepherd, Minhyuk captured huge attention as he cooly exits an elevator. The transitioning then sees the face genius Hyungwon relaxing with a drink on hand, adding a mafia-like aura until the amazing main vocalist Kihyun comes into action as he places an actual bomb.

Further, the psyche rapper Joohoney breaks into a room which was quite an amazing entrance. And of course, the trustworthy leader Shownu! He might be on hiatus during this era but his agenda of stealing MONBEBE from their original biases will never stop. Shownu walks into the scene looking like an ultimate boss and we can’t help but salute him through his every move.

Creating extreme tension, building models and blueprints were spread out on a table while the handsome heist mates filled each second with intensity. Relatively, a synth guitar rhythm plays in the background, raising expectations for the full music video.

Overall, the music video teaser stirred extreme excitement from global fans. “GAMBLER” compares breathtaking moments of temptation to a tense game. In particular, this will be the first signature track from Joohoney since his debut. 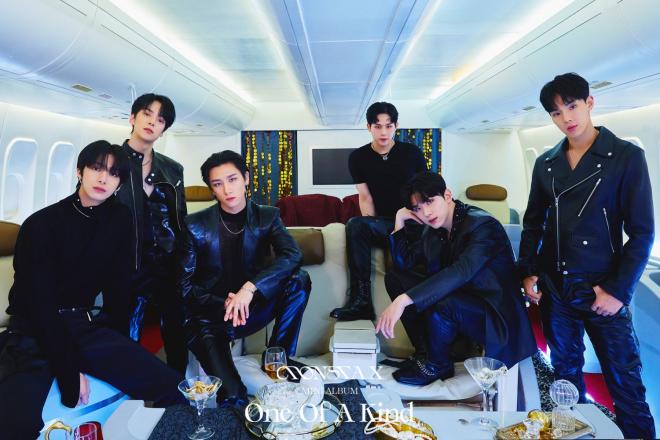 Meanwhile, MONSTA X will show off its overflowing energy and strong teamwork alongside its distinct musical growth with wonderful performances all throughout the One Of A Kind album promotions. Consecutively, these six gamblers will release several more content ahead of the album’s release.

The second music video teaser will be unveiled on May 30 followed by an album preview on May 31. Furthermore, MONSTA X’s 9th mini-album One Of A Kind will be released on various music sites on June 1 at 6 PM KST. Alongside is the music video for the title track “GAMBLER.”