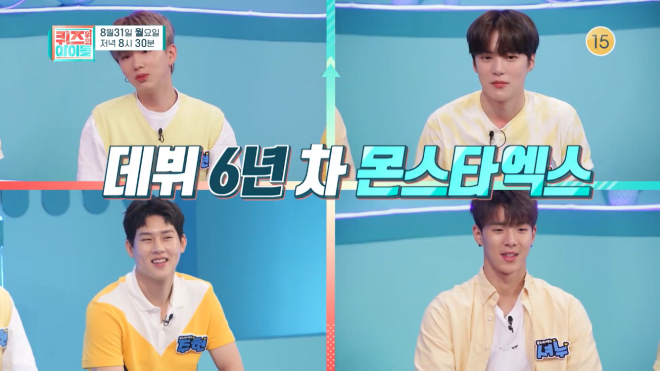 MONSTA X To Appear On KBS2’s Idol On Quiz”

MONSTA X is all set to delight fans as the group will be making an appearance on Idol on Quiz!

In a teaser released today on Idol On Quiz‘s official SNS, it has been confirmed that MONSTA X will be coming on the show’s forthcoming episode.

MONSTA X’s Shownu, Kihyun, Jooheon and Minhyuk will be participating on the show alongside 2PM’s Nichkhun, Apink’s Bomi, Kangnam and Kim Jong Min. The episode is sure to be entertainment unlimited as even just 24 seconds of the teaser were enough to make viewers smile.

For starters, the group looks absolutely adorable in the clip. The four MONSTA X members showcase energy and enthusiasm as they face off against their seniors in a unique quiz.  Whats more, Monbebes are definitely going to be ecstatic to see lovable leader Shownu’s famous moves in a dance battle of sorts against Kim Jong Min.

Having premiered back in July, KBS2’s Idol On Quiz is a new variety series where K-Pop idols compete against one another in various quiz games centered around the theme of the Korean language. Idols groups such as Seventeen, (G)I-DLE, Stray Kids, The Boyz, GFriend, Oh My Girl, and more have appeared as guests on the program as well. 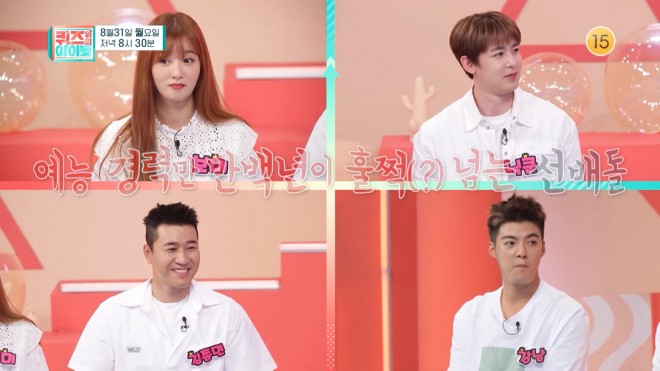