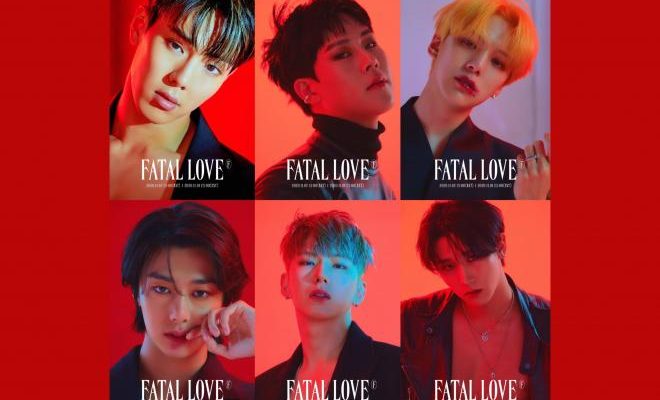 MONSTA X released the first version of concept photos for their soon to be released album FATAL LOVE. The photos are literally fire to put it simply as all of images make use of lighting that is reminiscent of it.

Showcasing his striking visuals, Shownu looks like the ultimate classic romantic hero. His sweet features are highlighted in the most dazzling way due to the background’s vibrant red which contrasts with the warm spotlight. 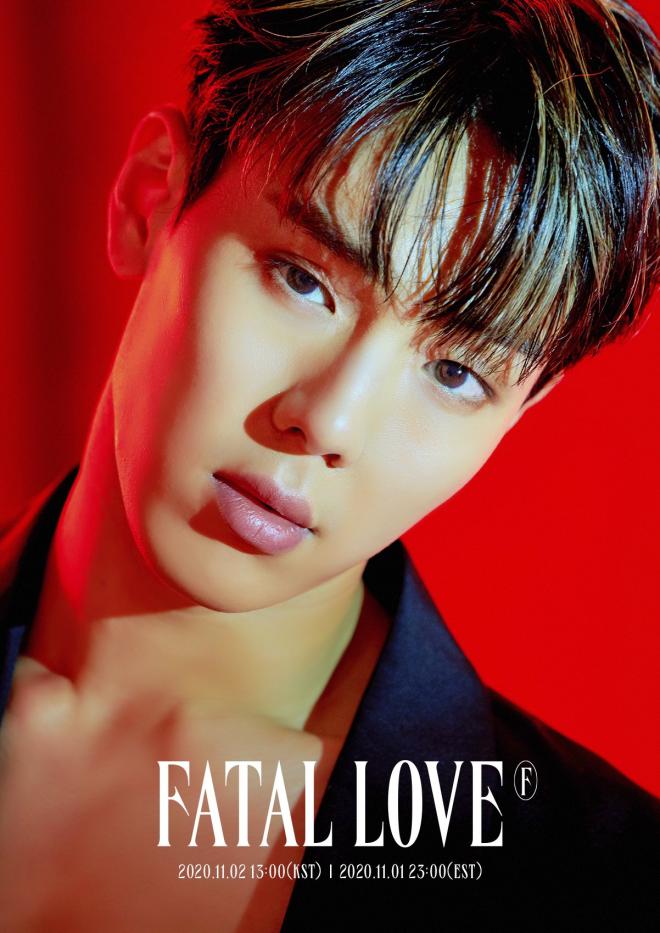 Next, Joohoney’s picture sees predominantly red hues. This gives the image a very edgy feel that mirrors the rapper’s powerful style. He exudes a radiating boldness and confidence which is sure to get hearts racing to state the least. 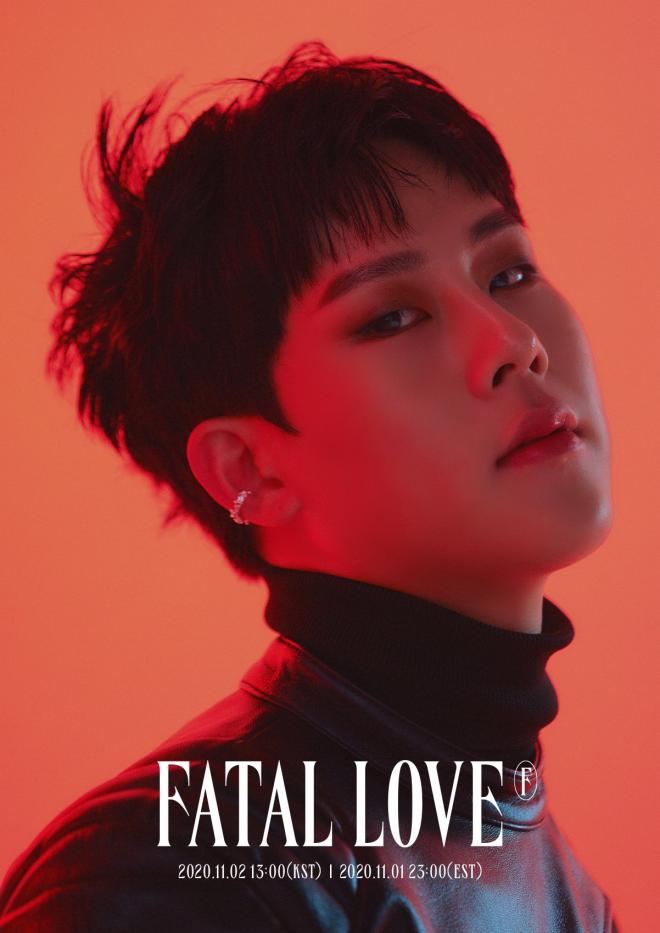 Minhyuk’s picture is perhaps the most surprising. He looks intense yet intriguing. Especially, when the singer poses against the lavender-blue backdrop while a soft red glow highlights his features and specially his red, bleeding lips. Minhyuk’s picture is a striking contrast to the predominantly warm hued concept pictures of his fellow MONSTA X members. 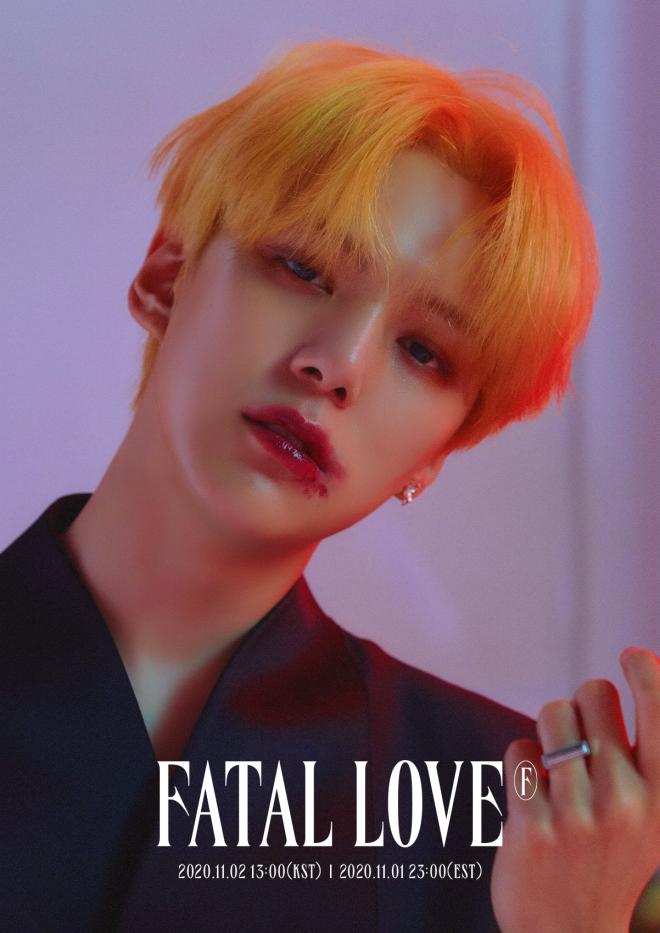 Bringing the focus back on the warm hued theme is Hyungwon’s concept image which uses an rich red color to highlight his face. The background red reflects on his face and gives the member a passionate, princely appeal. 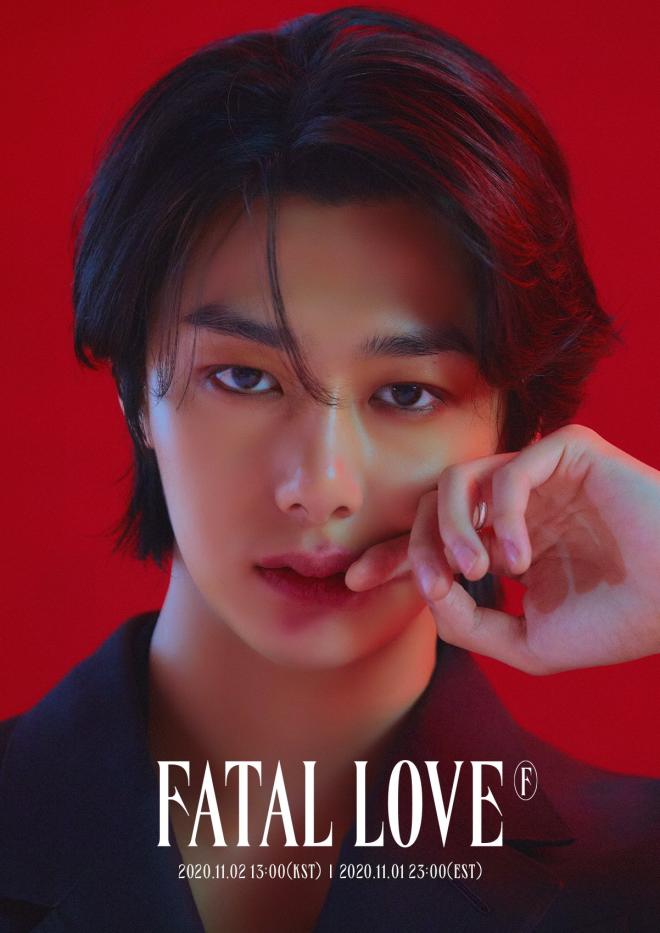 Kihyun’s cool toned concept photo is quite in line with Minhyuk’s in terms of its color scheme. The powerhouse vocalist glows as the dual red and neon blue light illuminate his flawless visuals. Moreover, his red stained lips and soft smoky eyes add a certain sensual vibe to the otherwise suave image. 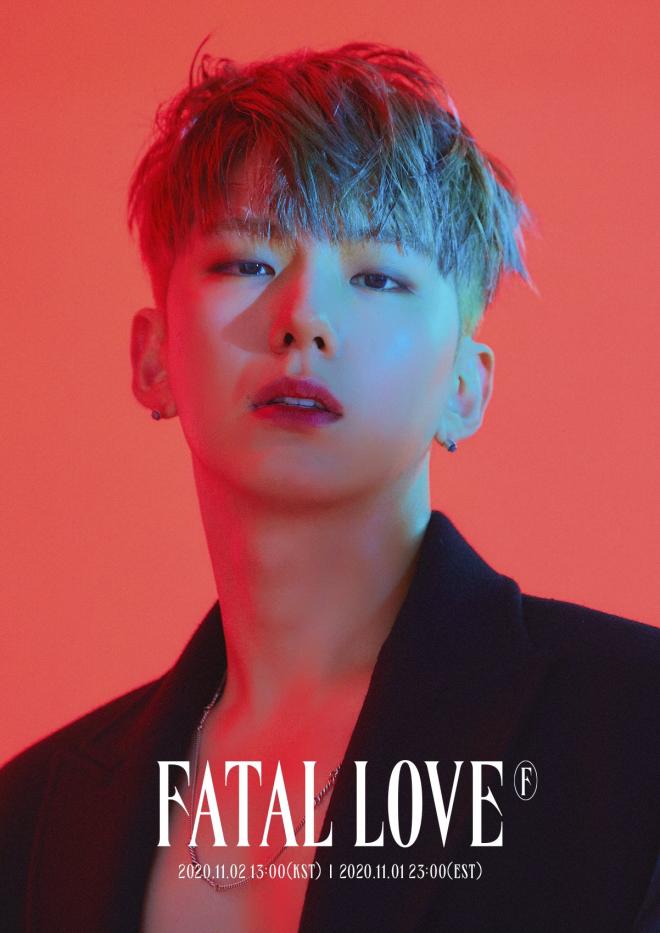 Last but definitely not the least, I.M slays with his lethal gaze and all leather look. The heavy red lighting spotlights the fierce rapper’s magnetic vibe. Moreover, his pre-dominantly dark look is absolute perfection and is sure to leave fans awestruck. 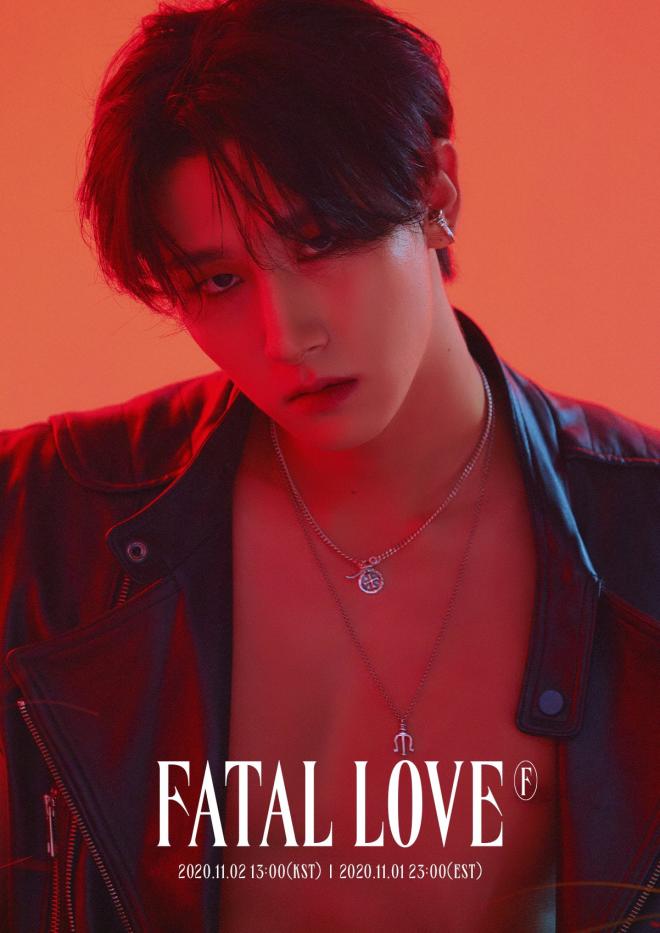