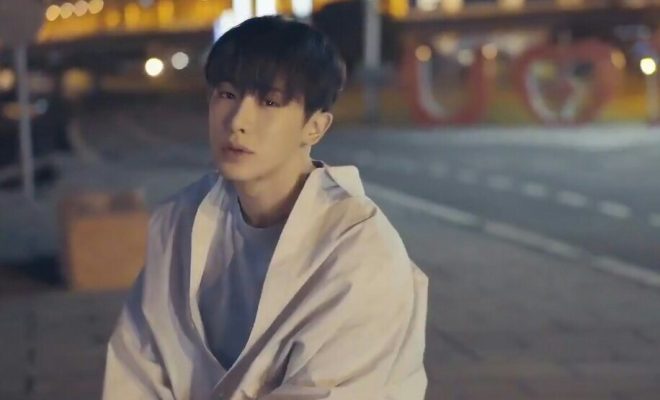 MONSTA X’s Wonho is definitely the king of giving the sweetest gifts to fans!

MONSTA X’s Wonho presented Monbebes with a surprise gift as lovely and sweet as he is on the night of September 13! 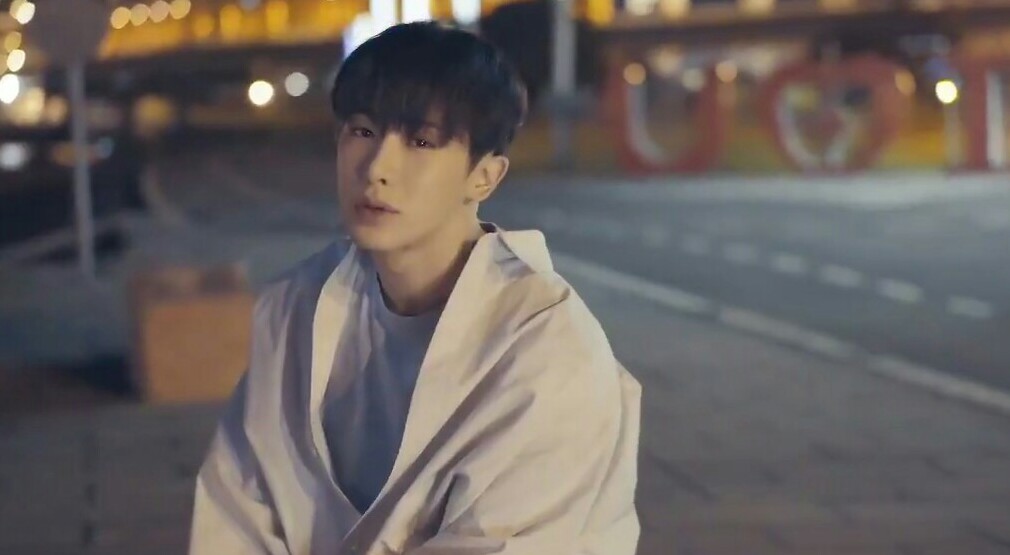 The MONSTA X member crooned everyone with his mellifluous voice once again as he revealed a project he’s been working on as a gift to the fans whom he loves very much! Much to everyone’s surprise and delight, the singer recently posted a twenty-five-second teaser video of a new seemingly-solo song that he made.

Captioned as “a gift!” together with the hashtag #ThinkOfWonho which he has been fondly using recently, he posted the video at exactly 5:14 PM KST – which alludes to the very special and meaningful date of MONSTA X’s anniversary as a group.

Amidst the night sky, he endows his sweet serenades to fans with his very captivating voice complementing the very warm, bright lights of the city, wrapping a serene and comforting atmosphere altogether.

“The river flowing in front of me is beautiful, and the bridge at night that I see in the distance is also beautiful/ The stars are also beautiful, but I’ll think of how beautiful you are/ And I’m like this again, liar, liar,” the song’s lyrics from the teaser go.

Of course, Monbebes expressed their love and excitement for the gift that Wonho has in the bags on social media right after he posted. All of them are also anticipating to hear the song’s full version, especially with the previous masterpieces, like “From Zero”, “I’ll Be There”, “If Only”, “I Do Love U”, and more, which he composed himself in mind. He had also shown his lyrical talent by actively participating in writing a number of MONSTA X’s songs in the past.

do you ever love someone so much that you did not even think that you could actually love him even more, but here you are loving him much much more than what you think you're capable of loving#원호 #원호생각 pic.twitter.com/WmbNKI2ENh

– mom, why is my cousin’s name daisy?
– because her mother loves daisies, sweetie
– then what about my name?
– enough questions, wonho’s solo that we’ve been waiting for since 2015

This song is really gift for us?? For monbebe?? What did you do to us really meaningful. Thank you so much @OfficialMonstaX#원호 #원호생각 pic.twitter.com/mv2XcliztM

wonho's personality is so giving, he's always working so hard to give monbebes so much love and content ? i can guarantee we can't even give half of it back, no one is like wonho ❤️pic.twitter.com/uzanVPjTox

READ: MONSTA X’s Wonho Had The Purest Reaction To Finding Out This Interviewer’s Boyfriend Is A Fan Of His

871
SHARES
FacebookTwitter
SubscribeGoogleWhatsappPinterestDiggRedditStumbleuponVkWeiboPocketTumblrMailMeneameOdnoklassniki
Hellokpop, as an independent Korean entertainment news website (without influence from any agency or corporation), we need your support! If you have enjoyed our work, consider to support us with a one-time or recurring donation from as low as US$5 to keep our site going! Donate securely below via Stripe, Paypal, Apple Pay or Google Wallet.
Related Itemsmonsta xThink Of Wonhowonho
← Previous Story “StarHub Night Of Stars 2019” To Feature Sung Hoon As First Runner Of Meet & Greet Series
Next Story → ATEEZ Breaks News About First Full Album Comeback In October