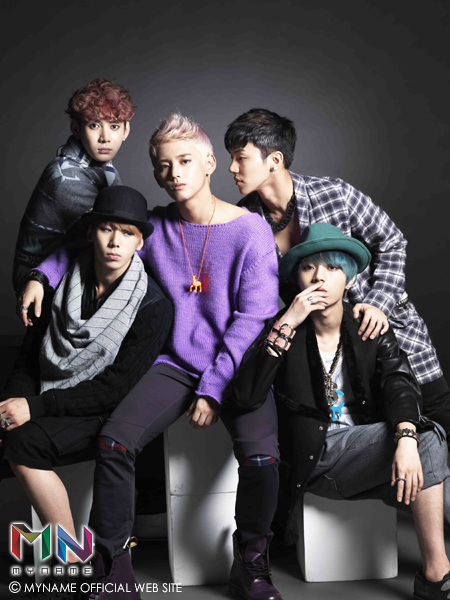 After releasing the teaser for Hello&Goodbye back in June, H2Media‘s boyband MYNAME has finally released the full Japanese MV for the track.

The Japanese MV differs from the Korean music video as it displays both dance choreography clips and a short story line. Member Gunwoo is seen sitting with what seems to be a gang in a club. He is captivated by a lady who stands alone next to the DJ and his eyes follow her movements, when he sees her sit down next to his leader. The woman displays the same interest in Gunwoo, dances with him, and holds hands with him. The leader witnesses the couple’s actions and keeps the woman captive. Gunwoo attempts to save the woman’s life by taking down each gang member, but the leader ends up shooting her.

Check out the music video for Hello&Goodbye below: