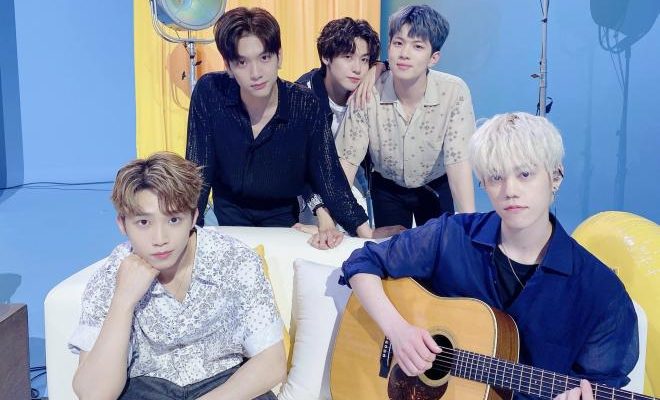 N.Flying has delighted fans with an awe inspiring cover of Dua Lipa’s foot thumping track, “Don’t Start Now”. The group looks absolutely cool in the music video of the same song title that was released on August 18 via their official YouTube channel.

In the video, Seunghyub, Hun, Jaehyun, Hweseung, and Dongsung all appeared like the rock stars whom they really are and absolutely vogue in their sleek yet casual looks. The members took breath away with their show stopping styles as well as power packed music.

Showcasing his dynamic vocal range, Hweseung stunned with hypnotizing voice as he delved into those high notes with ease, and left listeners floored with his faultless falsetto notes.

Meanwhile, Seunghyub harmonized his vocals beautifully as he backed Hweseung’s vocals with his breathy and soft tones. Furthermore, Seunghyub left N.Fia speechless with his fierce energy that was reflected in his energetic vocals especially during the chorus.

Hyping the intensity, Jaehyun took the beat to the next level with his mind-blowing performance on the drums. Dongsung stole the show with his impeccable skills on bass which gave the song its groovy vibe.

Sealing the frenzy performance, Hun and Hweseung shined under the spotlight towards the end of the video. Hun raised the roof with his guitar and Hweseung delivered his signature high note, making this cover one to remember.