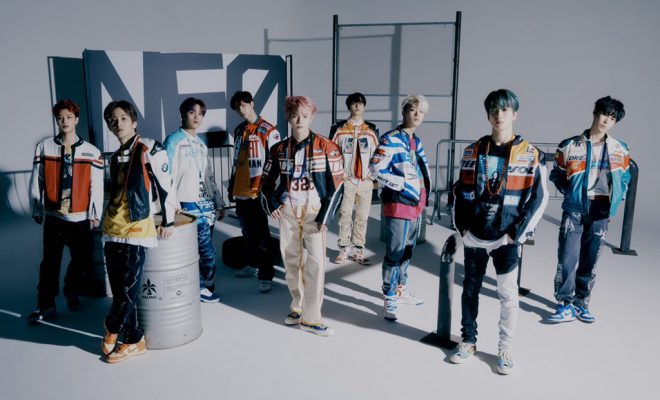 NCT 127 has knocked the music scene out as they made their dynamic colors as artists shine once again.

NCT 127 delivered a reeling and electrifying treat through their NCT #127 Neo Zone: The Final Round repackage album release on May 19 at 6 PM KST which was followed later on by their music video for its lead track “Punch”. 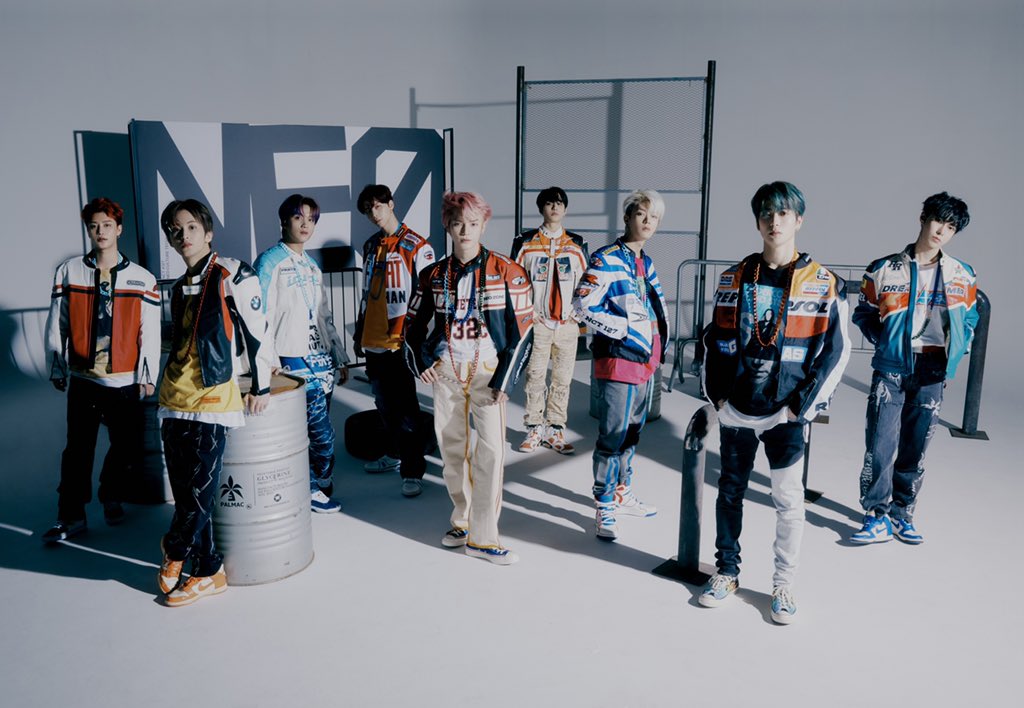 The boy group signaled their return with a video game-themed clip released on May 4 which revealed details of their second repackage album. On the same day, they also followed up with their teaser schedule for NCT #127 Neo Zone: The Final Round, which laid out the dates for their various teaser photo and video releases.

Neo Zone : The Final Round 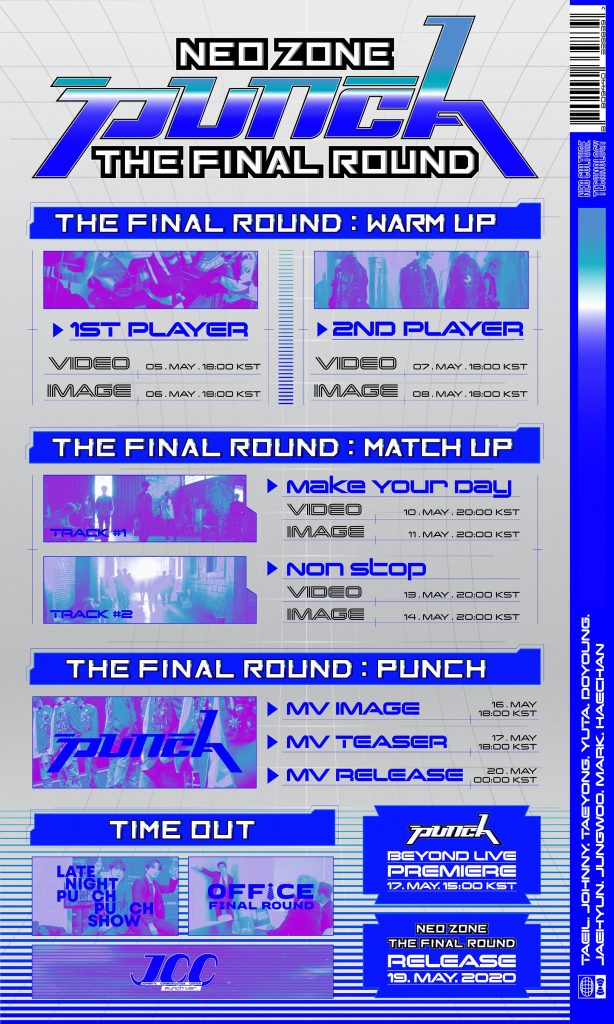 On May 5 and 6, they warmed up for their comeback with the release of their first teaser photo set. For their group and individual snapshots, each member of NCT 127 donned vibrant outfits reminiscent of car racer attires. 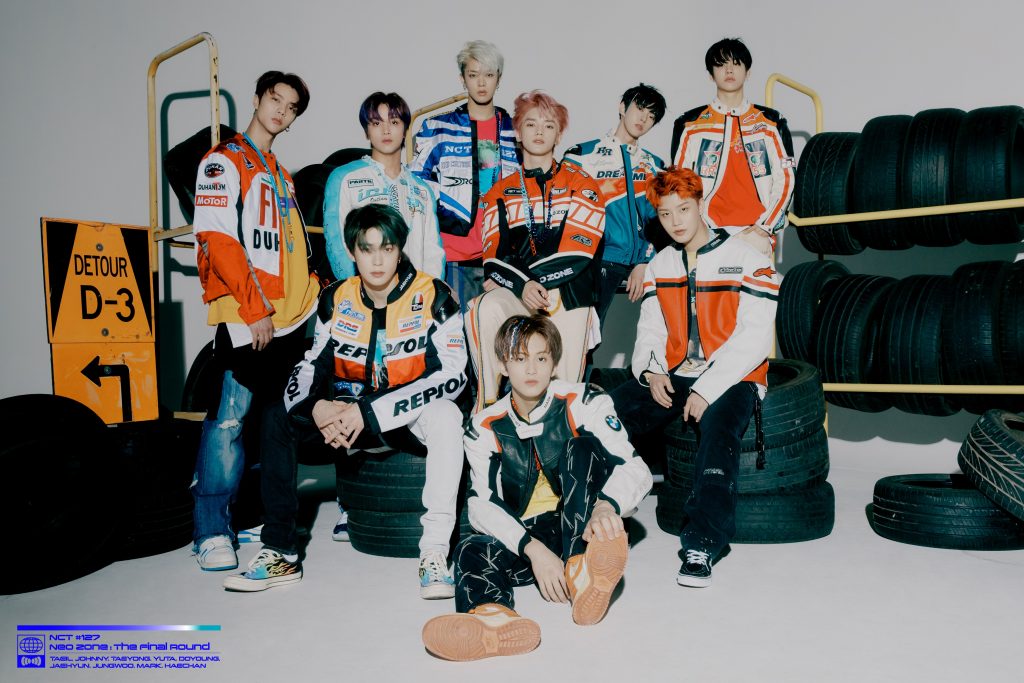 Dark and brooding was the mood that the group then showed for their second set of teaser photos. Released on May 8, the images made fans’ hearts race with the group’s lethal charisma which were further amplified by their all-black outfits and fierce looks. 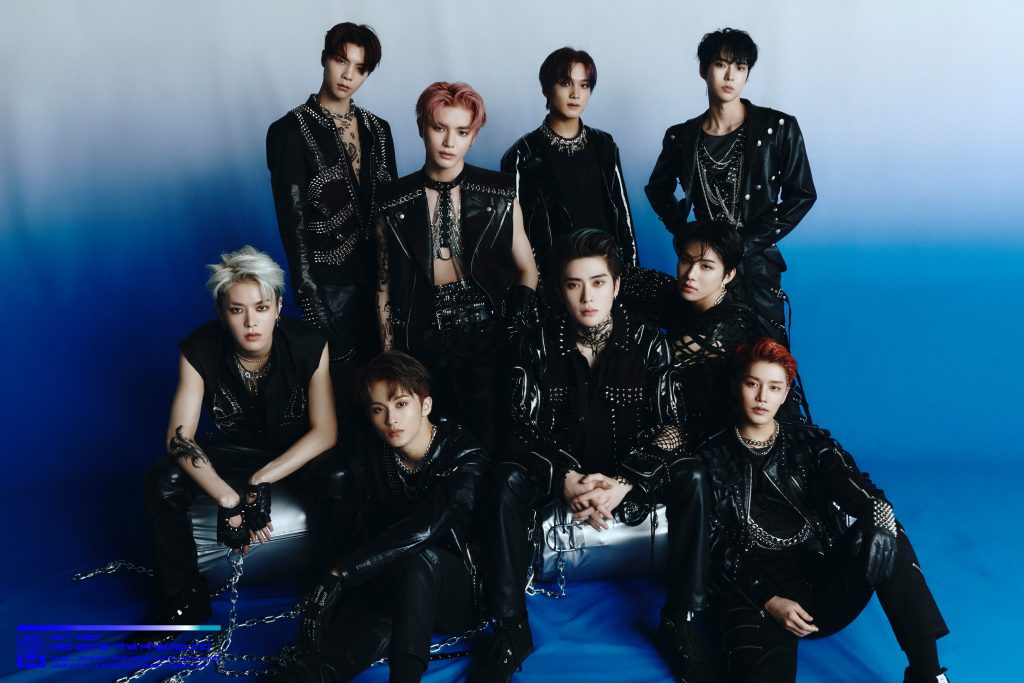 In preparation for their comeback title track’s teasers, the group also let the other new tracks from the repackage album take their own spotlights. Complete with their own sets of teaser photos and a teaser video as well, the songs “Make Your Day” and “NonStop” received tons of excitement from NCTzens through the teasers that the group unveiled from May 10 to 14. 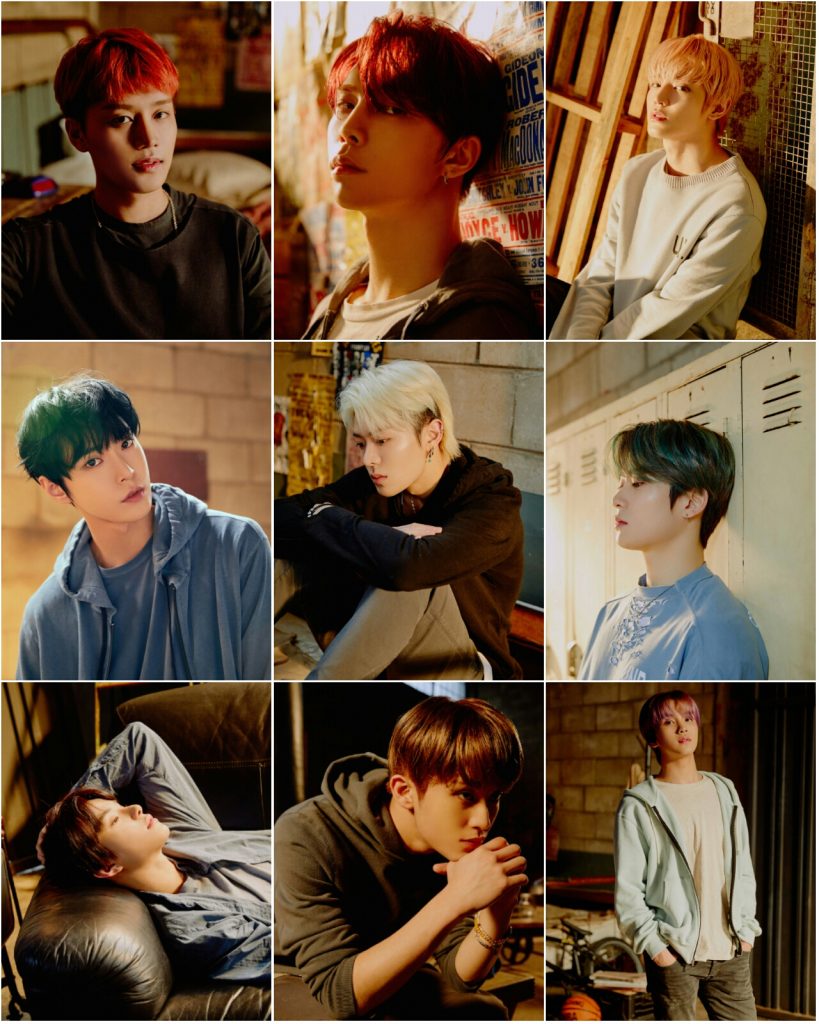 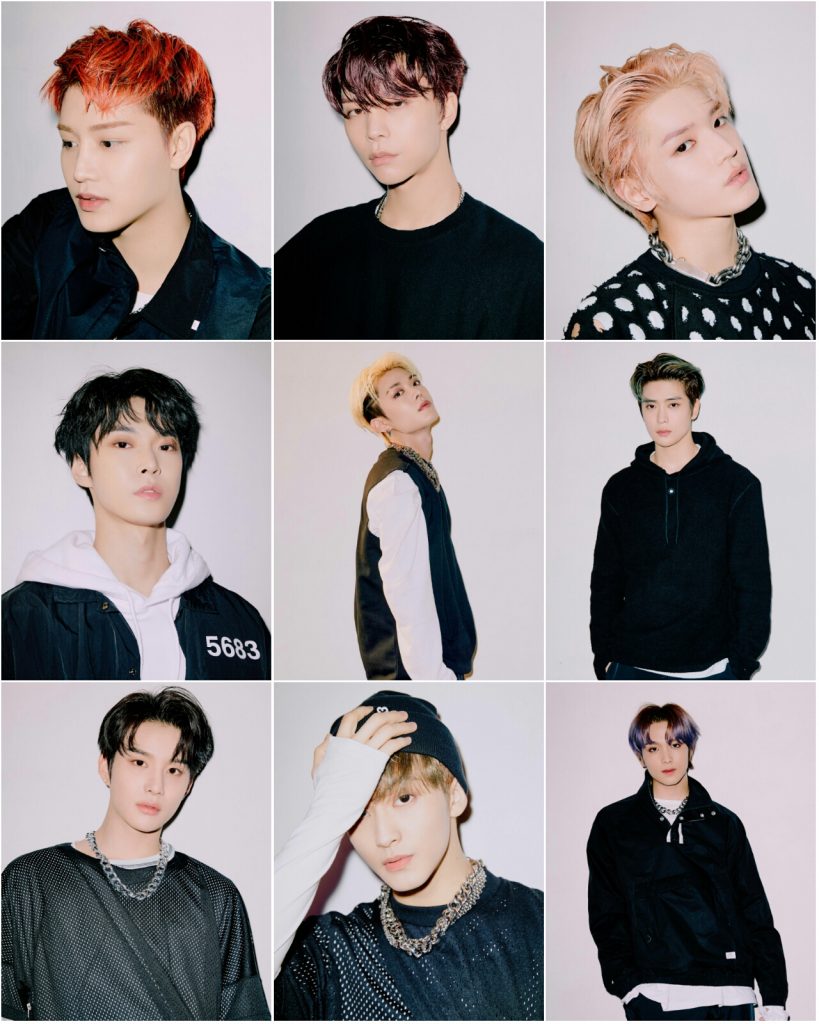 On May 16, the group finally gave sneak peeks of their title track “Punch” through various teasers, beginning with their concept photos which took on a raging red theme. 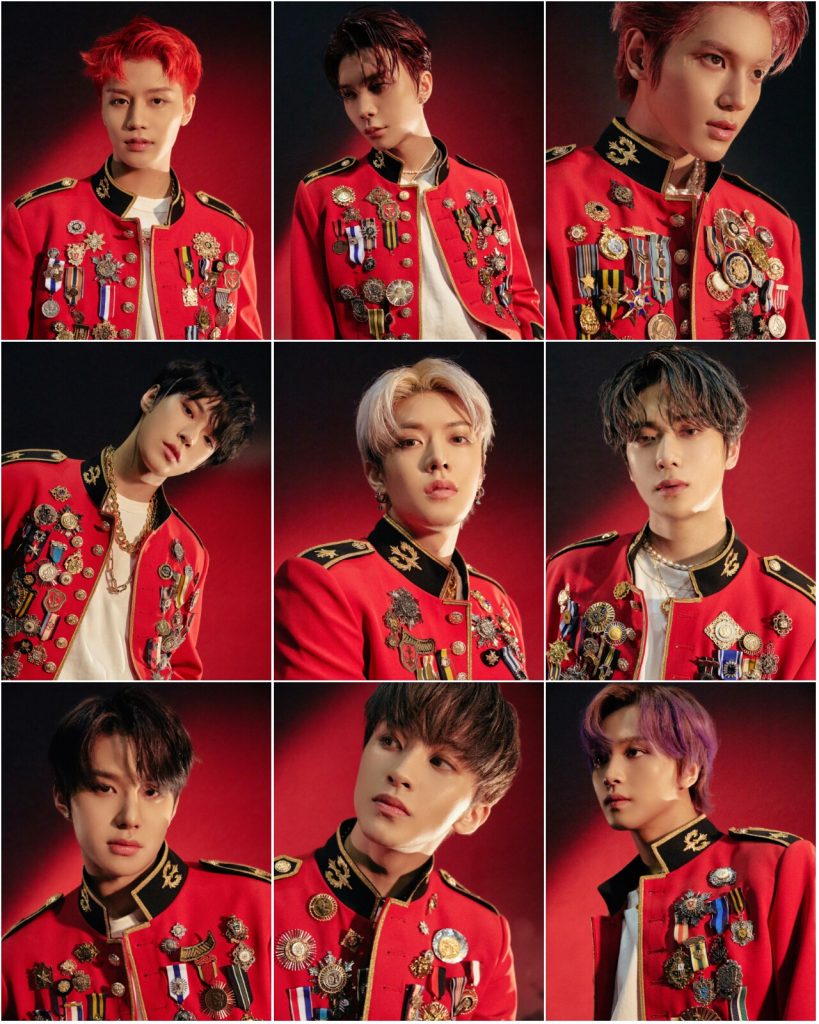 Lastly, NCT 127 previewed bits of the electrifying music video that they prepared for “Punch” on May 17.

NCT #127 Neo Zone: The Final Round introduced fans to four new tracks in addition to the rich hits that the group first provided with their recent album.

The good kind of eccentric—that’s how I would describe the repackage album’s title track “Punch”. Its intro which reminded us of retro arcade games finally made the game-themed teasers make sense. The urban soul hip-hop song also contained a dynamic beat, and the whispered (ASMR-perfect) rap verses at the beginning had our souls ascending.

“Nonstop” has a toned down sound compared to “Punch”, but its rhythm was still intense nonetheless. Its chorus was extremely catchy, and the transition from Doyoung’s high note to it during the latter part of the song gave me goosebumps as a listener.

Another interesting aspect of the song to watch out for is the switch of position that some members tried as well, which showcased their versatility as musicians even more.

Meanwhile, the prelude to “Kick It” which served as the lead track of NEO ZONE was an electrifying instrumental mix that I loved a lot.

Lastly, “Make Your Day” had set an extreme shift in the atmosphere with its soft and melodious piano-backed rhythm as a ballad song. Carrying the rich and soulful vocals of the group, the song will surely captivate your heart as you listen.

In line with the theme of the song itself, the music video for “Punch” looked like it came straight out of a video game. Matching the electrifying beat of the song, NCT 127 played with loud and vibrant colours through various aspects like the lights and backdrops as well as their outfits and hairstyles for half of the clip.

Bathing mostly in reds, blues, purples, and yellows, the boys also owned the music video’s eccentric aesthetic. Meanwhile, the other half of the clip had them basking in darkness while clad in all-black outfits in a space that’s mostly dimly lit and is only illuminated by spotlights.

Although they had been showcasing their synchronization skills in terms of dancing throughout the video—especially during the song’s chorus, the dynamic dance break towards the end went on a whole new level of knocking us out thanks to the intense and sharp moves displayed by each member.