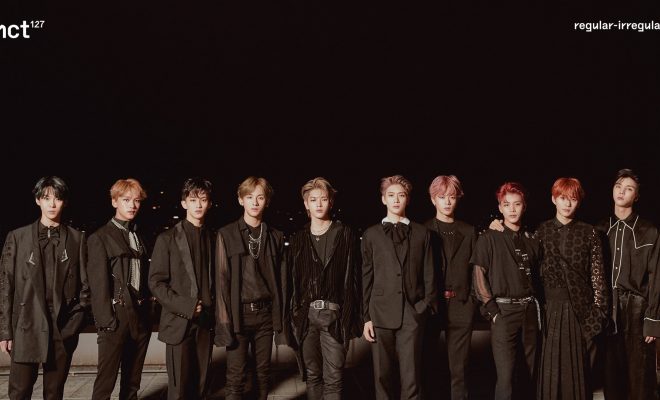 NCT 127, the Seoul-based sub-unit of South Korean boy group NCT, is set to promote as a ten-member group in its newest comeback next month.

Taeyong, Taeil, Johnny, Mark, Yuta, Doyoung, Jaehyun, Winwin, and Haechan will be joined by Jungwoo in the group’s first full-length album, Regular-Irregular, set to be released on October 12.

Jungwoo was first introduced as a new member of NCT earlier this year, alongside Kun and Lucas. He participated in NCT U’s “Boss” and NCT’s “Black on Black”.

NCT 127 first hinted of its return with a short video teaser which was unveiled on midnight of September 17. It featured the words “regular-irregular” and the sub-unit’s name.

The sub-unit, via its official social media handles, unveiled its first group photo with all ten members at noon of September 17.

It also released a cryptic teaser with numbers before the day ended – which fans theorized to mean the dates and sequence of release of the members’ teasers.

In May this year, the sub-unit debuted in Japan through the mini album, Chain. It was led by the song of the same name. It also included the Japanese version of “Limitless” which was first released in November of 2017.