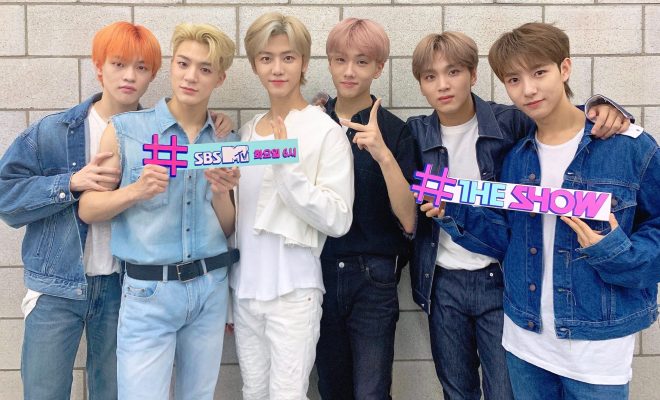 NCT DREAM Wins With BOOM on SBS MTV’s “The Show”

NCT DREAM wins for this week’s The Show choice.

NCT DREAM was announced to be this week’s winner with their comeback song “BOOM”.

They performed with undeniable charisma and charm onstage, displaying a mature side of the younger NCT members.

It was a proud moment for every NCTzen as they witnessed NCT DREAM’s very own member, Jeno Lee, present the award to his group members. In addition, it was Jaemin’s first win with his group since debut.

Sadly, Haechan was not present at receiving the award as he has a schedule with NCT 127. Nonetheless, he still expressed his thanks through the DREAM members who relayed the message in the recent V live they had.

Jaemin also tweeted through the group’s official account expressing his gratitude towards the company, his staff, and fans.

Watch NCT DREAM’s encore performance in the video below:

We need your support! If you have enjoyed our work, consider to support us with a one-time or recurring donation from as low as US$5 to keep our site going! Donate securely below via Stripe, Paypal, Apple Pay or Google Wallet.
FacebookTwitter
SubscribeGoogleWhatsappPinterestDiggRedditStumbleuponVkWeiboPocketTumblrMailMeneameOdnoklassniki
Related ItemsBoomcomebackNCT DREAM
← Previous Story MONSTA X Surprises Fans With Sweet Teaser For New Japanese Single “Carry On”
Next Story → Seventeen Challenges Carats With “HIT” Fanchant