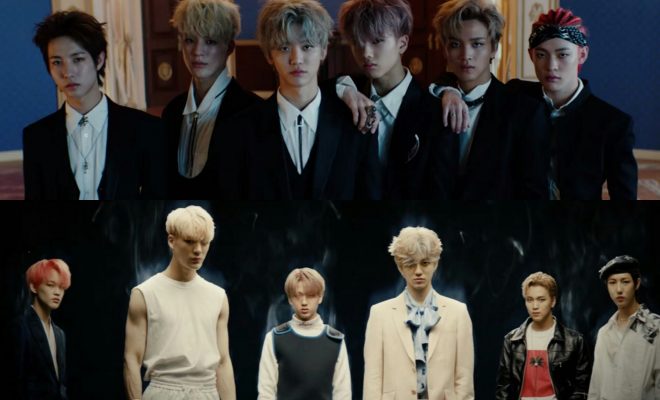 NCT DREAM said goodbye to their cutesy teen concept as they donned polished suits like grown-ups for their latest comeback!

NCT DREAM took a stronger, more matured vibe and sound for their latest comeback with “BOOM” on July 26!

Complementing the darkness of the midnight when it was released, the NCT sub-unit made an explosive return with the music video for the lead track of their newest album WE BOOM.

Perhaps showing that they too can keep up with their impending “growing up” stage, the group shed off their usual teenager pop sound and traded it for a more intense feel.

READ: NCT DREAM Shows Off Their Grown-Up Charms In Individual Concept Photos For “WE BOOM”

Along with the electrifying rhythm and powerful beat drops, NCT DREAM also showcased an enthralling, sleek choreography. In fact, “BOOM” almost rivals those of NCT’s “older” sub-units, who surely needs to watch out for these six performers as they continue to grow up.

Overall, this midnight pre-release from the group left fans more excited for the release of their third mini-album, dropping later in the day at 6 PM KST.

Watch the music video for NCT DREAM’s “BOOM” below: