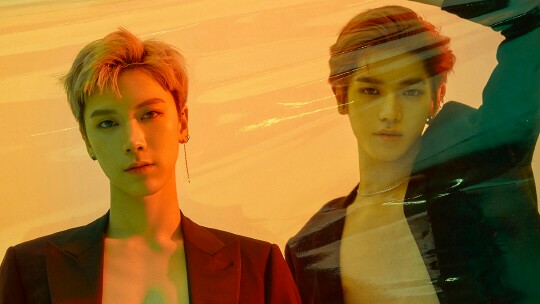 The British magazine Dazed has named the NCT U track featuring the dynamic duo of Ten and Taeyong as this year’s best K-Pop song!

Dazed had announced their picks for the Top 20 Best K-Pop Songs of 2018 on their homepage last December 17, with the duet from the NCT members revealed to be topping the list.

“”Baby Don’t Stop” is mesmerising and, even after 10 months, shows no signs of inducing listener fatigue. While that may be impressive alone, what’s really astonishing is its sense of completeness. There are no overlooked opportunities or missteps, no parts that haven’t been chiseled into their purest form,” the magazine commented. “A combination of intelligent production, experimentation, charisma, and unbridled ambition, “Baby Don’t Stop” is, unironically, a true showstopper,” they added.

Red Velvet ranked fourth with “Bad Boy”, the title track of their second album’s repackaged version while SHINee followed with the track “Good Evening”.  The latter which placed fifth on the list, is the title track of SHINee’s sixth album.

“Tempo” by EXO took the seventh place. The magazine mentioned that the song  has “the things one might expect from an EXO record – the sublime harmonies, flawless production, and little quirks and surprises (here, it’s the squeaking springs and Bruno Mars/Michael Jackson-esque ad-libs)”.

The other two artists which completed the list’s five songs were BTS and (G)-Idle with their songs “Fake Love” and “HANN”, respectively.

SF9, Monsta X, Apink, Stray Kids, fromis_9, IMFACT, Mamamoo, April, MOMOLAND, gugudan, Pentagon, Dreamcatcher, and iKON also made it to the list with their own entries in the roundup of 2018’s best K-Pop songs according to Dazed.

What are your thoughts on “Baby Don’t Stop” by NCT’s Ten and Taeyong’s new feat? Let us know by leaving a comment below, giving us a holler on Facebook, or tweeting us at @hellokpop!

Hellokpop, as an independent Korean entertainment news website (without influence from any agency or corporation), we need your support! If you have enjoyed our work, consider to support us with a one-time or recurring donation from as low as US$5 to keep our site going! Donate securely below via Stripe, Paypal, Apple Pay or Google Wallet.
FacebookTwitter
SubscribeGoogleWhatsappPinterestDiggRedditStumbleuponVkWeiboPocketTumblrMailMeneameOdnoklassniki
Related ItemsBTSEXOg-idlegirls generationnctnct taeyongnct tennct uRed VelvetSHINeeSM Entertainment
← Previous Story Do Ji Han Announces Christmas Eve Military Enlistment
Next Story → Koreans Name BLACKPINK’s “Ddu-Du Ddu-Du” As Their Most Favorite Song In 2018