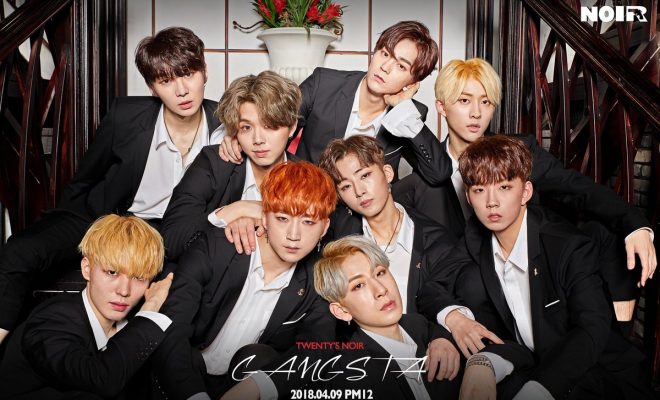 Noir welcomes the spring with motivated spirit on April 9 by dropping the neat and high-octane music video of “Gangsta” from their debut album Twenty’s Noir. 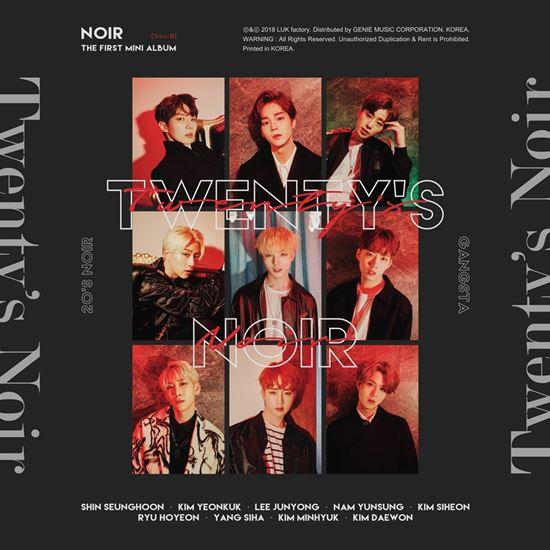 In French, “noir” implies mixing many colors and eventually becoming darker. The K-pop newbies’ first album moves on a dark tone, and is mixed with hints of varied colors that represents each member of the group.

The nine-membered idol group is formed by Luk Factory. Out of nine, three of the members – Yoonsung, Yonguk and Hoyeon have participated in Mnet’s hit project boyband reality show, Produce 101 Season 2. Yonguk, Hoyeon and Seunghoon were also in a musical in Japan called “Altar Boyz”. The other 5 members are Junyoung,  Siha, Siheon, Daewon, and Minhyuk.

The title song “Gangsta” is a Moombahton electronic dance music which is full of masculine moments. It spins the story of how a boy wants to occupy solely the thoughts of a girl who he likes. The track highlights the group’s appeal by showcasing rough rapping and emotional vocal parts.

The K-pop idols’ first mini album will be available from noon on the 9th. A debut showcase was also launched for Noir’s first official stage. On the 13th, Noir will hold a celebratory fan-signing event at My Live Hall in Gangnam, Seoul.