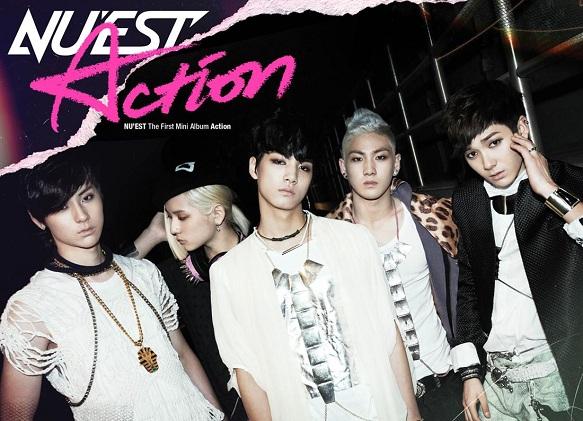 By The Editor | July 3, 2012
FacebookTwitter
SubscribeGoogleWhatsappPinterestDiggRedditStumbleuponVkWeiboPocketTumblrMailMeneameOdnoklassniki

Hot rookie group, NU’EST, have announced that they will be making their comeback on July 11!

Shortly after revealing their teaser photo, the group has now revealed the album jacket for their first mini album, Action.

Pledis Entertainment also commented, “Compared to NU’EST’s debut album, which had a message about teen violence in schools, their title track ‘Action’ for this album will involve freedom of expression and molting of the old. Through this album, the group will be reborn, showing an upgraded image, music capability, and a more powerful dance performance. Please anticipate their album.”

With this announcement, fans are now highly anticipating NU’EST’s new release. In addition, before their comeback, the group also plans to host a movie event with their fans on July 7.