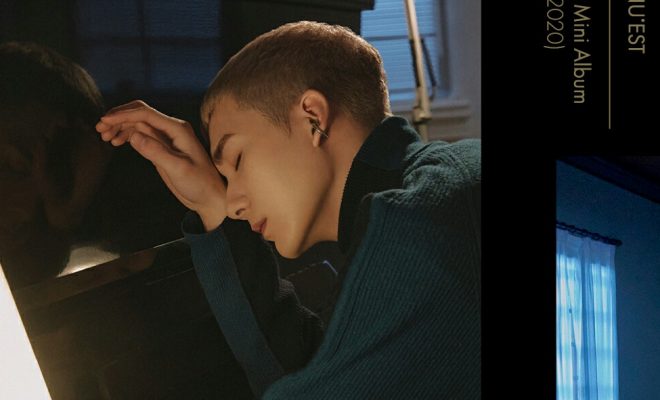 The mysterious and dramatic atmosphere continues in teasers for the highly-anticipated comeback of NU’EST.

NU’EST further sets the mood for their return this May 11 with their eighth mini-album titled The Nocturne through a new set of teasers centering on Aron. 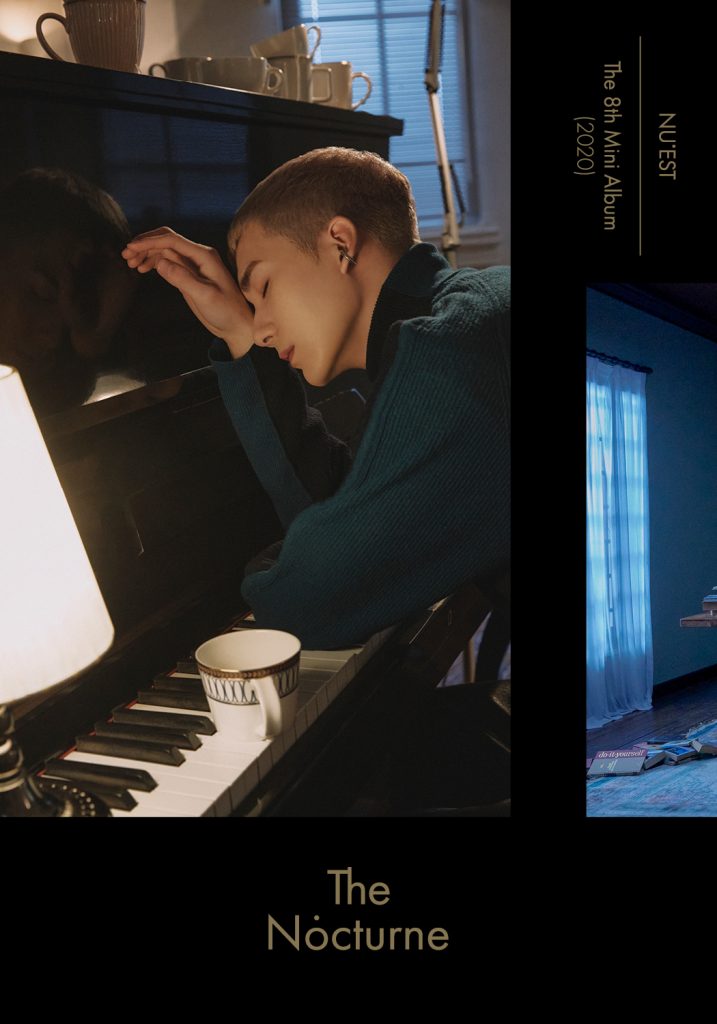 On the midnight of April 21, Aron played a melodious yet intriguing tune on the piano for a fascinating trailer that the group unveiled for their comeback.

In the released video, Aron was shown to be dazzled by the intense light of the sun for a moment, but as soon as he sat in front of the piano, a pitch-black darkness enveloped him and caught fans’ eyes.

However, when the NU’EST member pressed one of the piano’s keys, a mysterious light leaked out of the window, doubling the mysterious mood in the video. Lights also began to flicker as he continued playing the piano, and as soon as the performance reached its peak, a teacup placed on the instrument fell down.

With this, Minhyun suddenly appeared in the dark, and all the lights lit up at the same time, making all of the tension building up in the setting calm down at once.

At 7 PM KST, they also revealed Aron’s somber concept photo teaser for the mini-album. Just like in the teaser video, the piano served as a central piece in the snapshot.

On April 20, the group signalled the launch of their full-fledged comeback countdown with the release of leader JR’s teasers. Set in a dense forest, his trailer video and concept photo also delivered a tense feeling which piqued the curiosity of fans regarding the story concept that the group has laid out for their return.