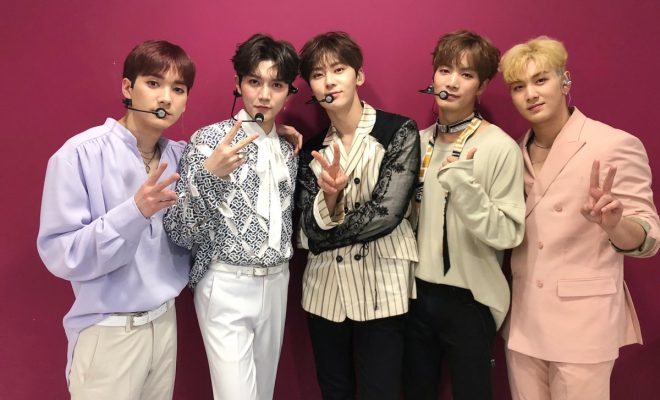 Fitting well with its name, Happily Ever After gives NU’EST a happy ending for its three-part “Knights Searching for a Queen” narrative. The third and final extended play in the series put the boy group on top of Gaon Album Chart for the week ending May 11.

JR, Aron, Baekho, Min Hyun, and Ren continued to soar on the number one spot of the weekly album chart which they first dominated in the week ending May 4 — the EP’s debut week on the chart after its release on April 29.

Happily Ever After led the chart which also saw INFINITE’s Nam Woo Hyun take the second place for A New Journey. The Boyz dropped to the third place this week with its single album Bloom Bloom. Oh My Girl debuted at the fourth place, while BTS’ Persona album continues to be part of the top five in the chart. 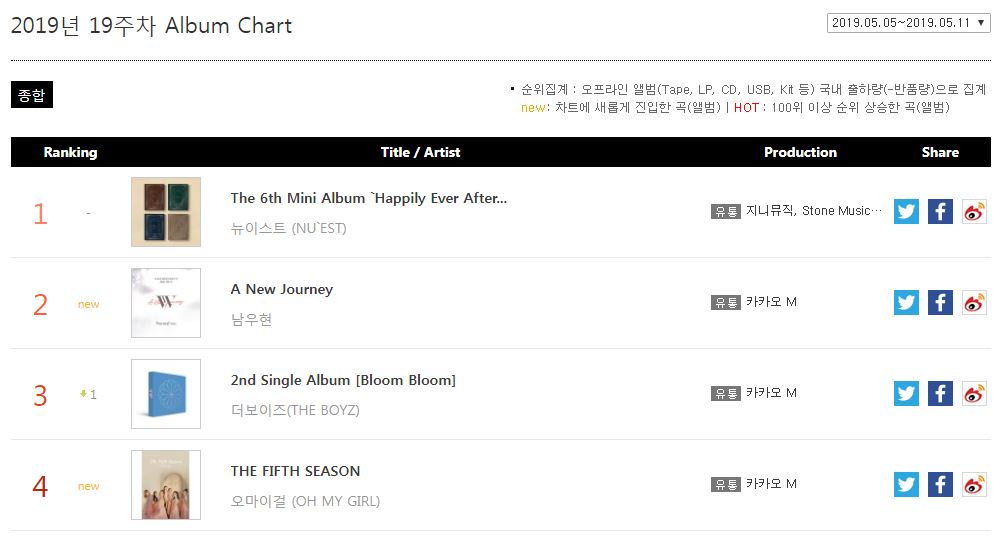 Still, despite dropping from last week’s top spot, the lead single of Happily Ever After remains strong on the chart as it secures the number three position.

Marking the boys’ full-group return after three years since Canvas, the EP also marked a new beginning for the boy groups as it served as their first release following their stint in the second season of Produce 101.

And glorious was the comeback indeed for NU’EST! Happily Ever After landed on the top spot of various real-time, daily, and weekly charts including Yes24, Hottracks, and Synnara Records. It also ranked number one on iTunes Charts in 13 countries and debuted at number eight on Billboard’s World Albums Chart. 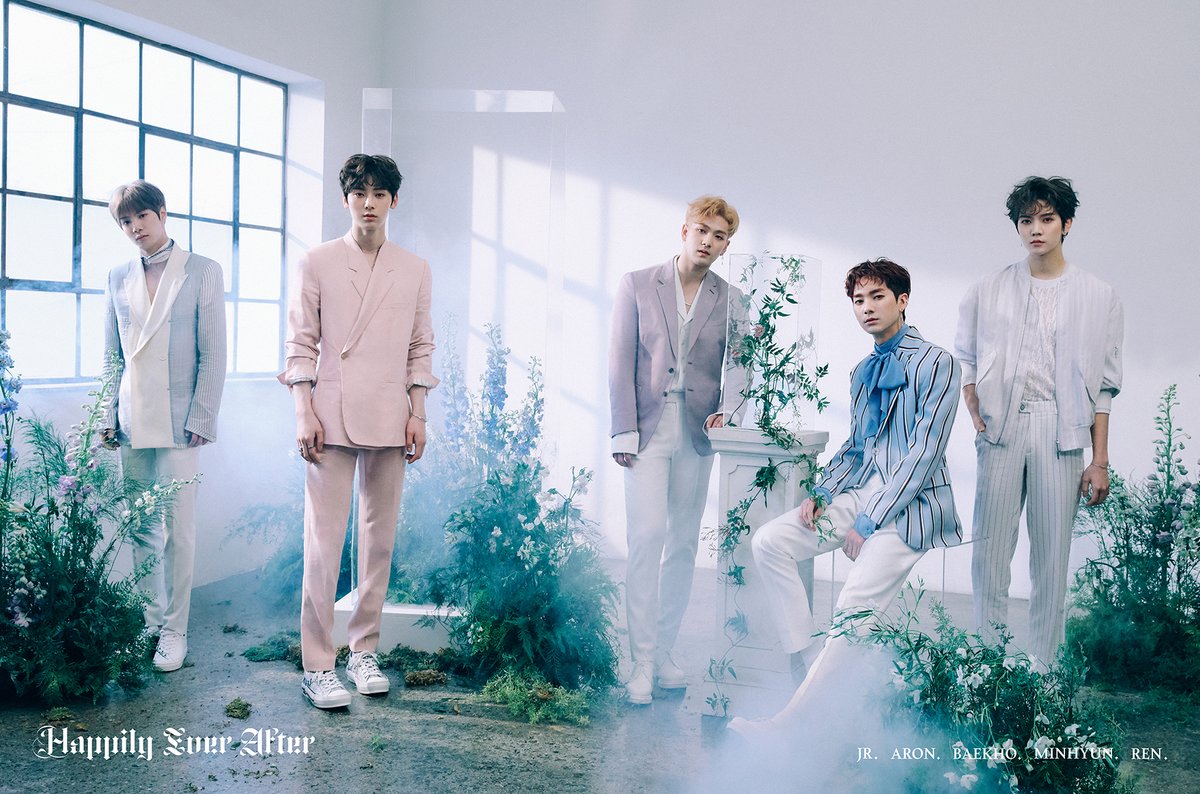 In addition, the single gave them their first music show trophy. As of press time, the boy group has received three music show wins for the song.

In related news, NU’EST will go worldwide this year through its upcoming world tour titled Segno. The boy group has announced the first stops of the tour which will visit Bangkok, Hong Kong, Jakarta, Manila, Kuala Lumpur, and Taipei.