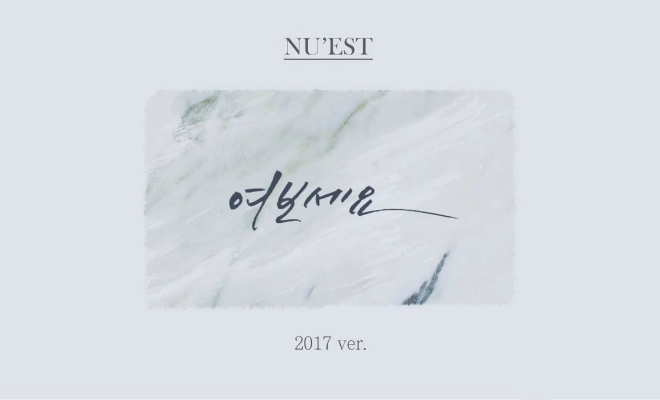 The rise of NU’EST is at hand!

It cannot be denied how South Korean boy group NU’EST has benefited from its stint in the second season of Mnet’s Produce 101. Prior to the start of the show, the participation of an already-debuted idol with five years of experience on its belt has sparked disapproval as well as support from the public.

NU’EST debuted in 2012, which is also the year that saw the debut of B.A.P, EXO, BTOB and VIXX. But the intense competition did not hinder Pledis Entertainment’s first boy group to make their mark in the industry with debut song “Face”.

However, their strong debut did not merit them a stronger hold on popularity. Although they have consistently released new songs and albums, most of them failed to chart.

“We’re here because we are desperate,” NU’EST said on Produce 101‘s first episode. “We’re thinking this is our last chance,” they added, also stating that many considered them a “failed boy group”. Baek Ho, who participated in the show with his real name Kang Dong Ho, said he wanted to be like their label mates SEVENTEEN, who has received much love and support since their debut.

And the survival show did not fail them. The members sans Aron proved their skills and talents during the 11-episode run of the show, and gained new fans. And they were many.

Despite losing Min Hyun to Wanna One after making it to the Top 11 in the survival show’s final episode, JR, Baek Ho, Ren, and Aron are now much more confident, and getting ready to take over the second half of the year with a comeback.

JR, who earned the title as nation’s leader in the show, hyped fans during his V App broadcast on the upcoming comeback, saying they are preparing earnestly for it.

But before the full-scale return, the four-member NU’EST gifted fans with a 2017 version of “Hello” from its second extended play (EP) of the same title. The boy group released the song to express their gratitude to fans.

The release of the new version of the song resulted “Hello” climbing to the top spot of MelOn’s Sudden Rise Chart at 12 midnight KST of July 15.

At the same time, the songs “Thank You” from its fifth EP CANVAS and “Overcome” from fourth EP Q Is were also spotted on the chart at number three and eight respectively. 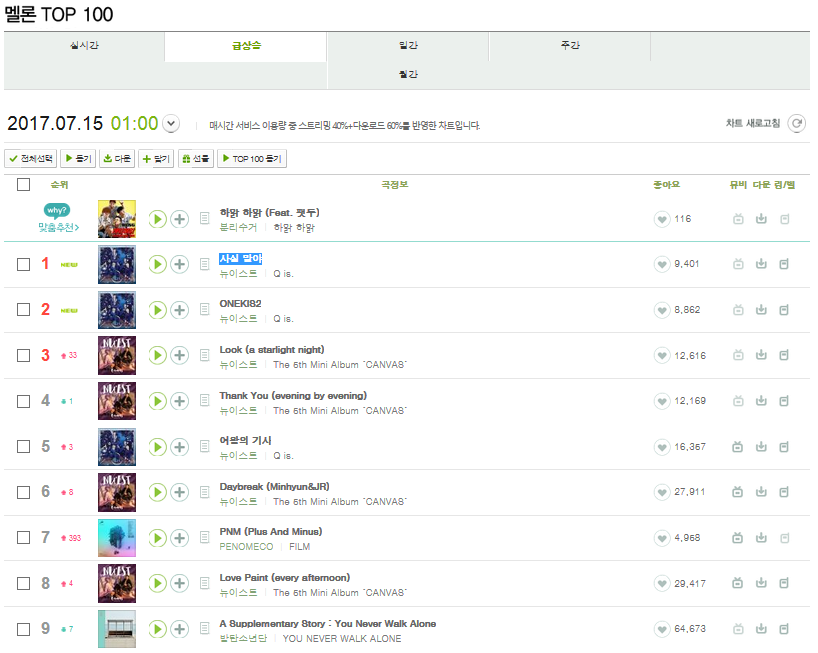 At 1 a.m. KST of July 15, NU’EST dominated the Sudden Rise Chart with seven tracks. “VVITH” from Q Is was number one, followed by “ONEKIS2” from the same album. “Look” and “Thank You” from the CANVAS album were ranked three and four, respectively. “Overcome” followed at number 5, and Min Hyun and JR’s duet “Daybreak” was on sixth place. “Love Paint” from CANVAS EP landed on the eighth place. 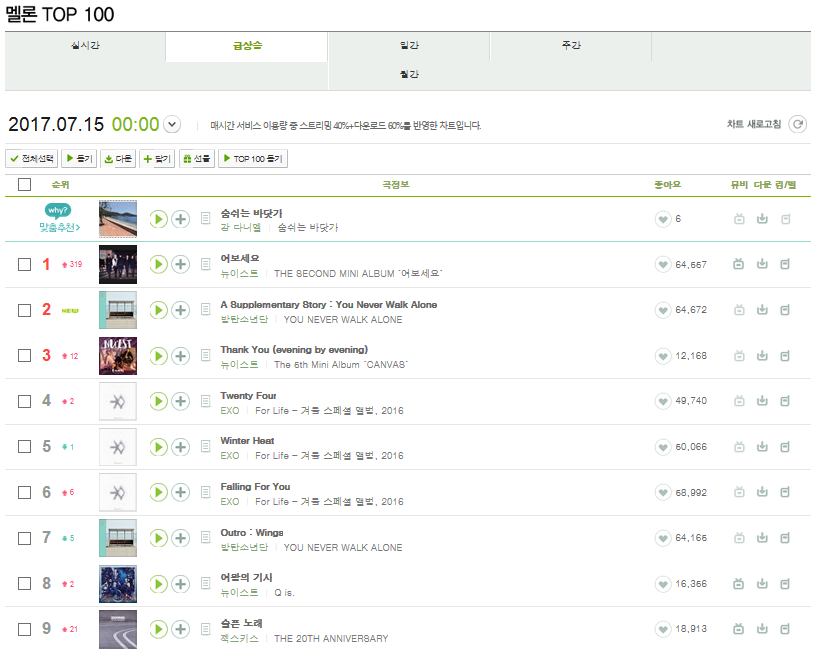 Aside from dominating MelOn’s Sudden Rise Chart, Instiz, Naver, and Twitter also saw the rise of NU’EST as it trends on the top spot. The keyword 뉴이스트 was on the top spot of Naver after the release of the special clip. 뉴이스트 and 여보세요 were top one and three, respectively, on MelOn real time chart. It also took over the number one spot on Korea Twitter and Instiz.