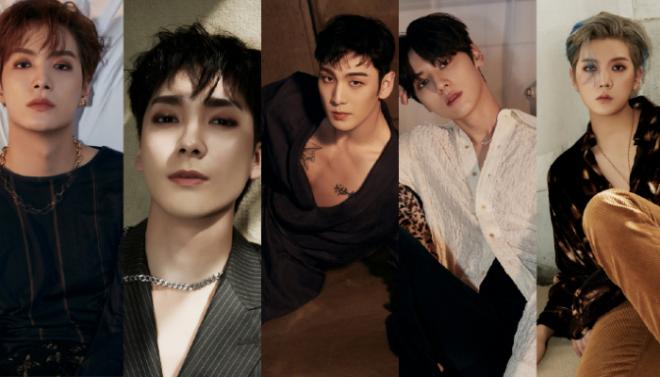 Our eyes are blessed seeing these wonderful photos deeply proving that NU’EST is indeed a visual group!

Those five days were an extreme delight as NU’EST revealed enticing concept photos for the much-awaited 2nd full album Romanticize. 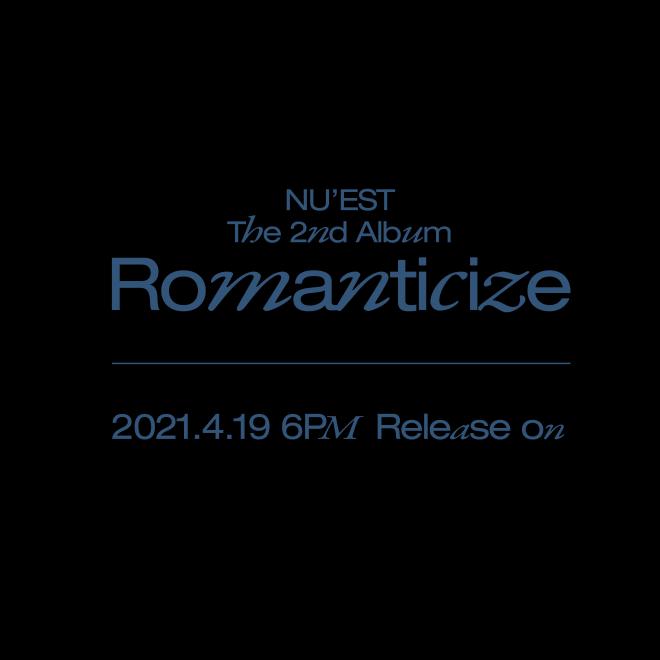 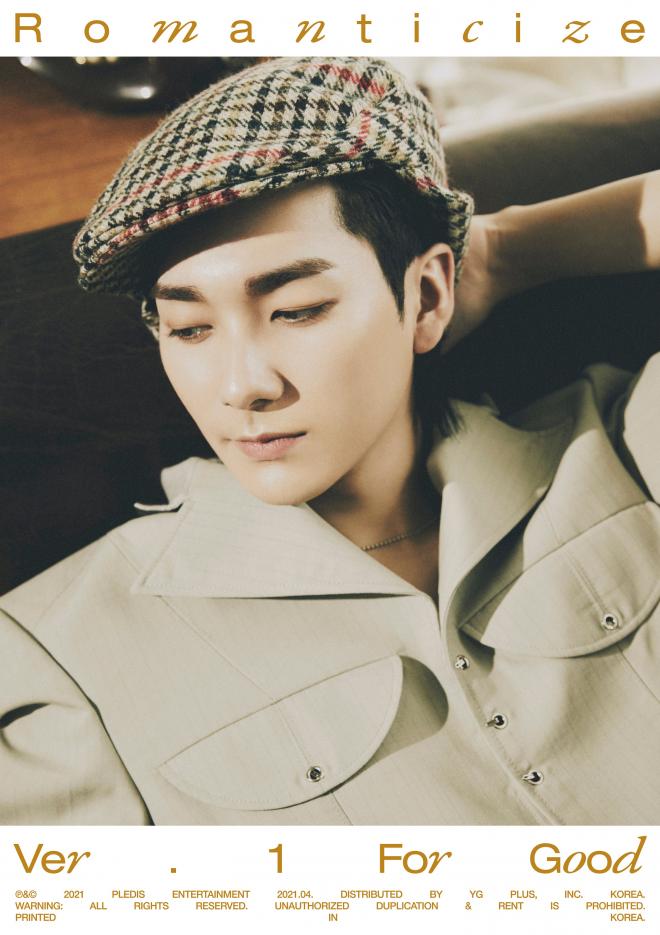 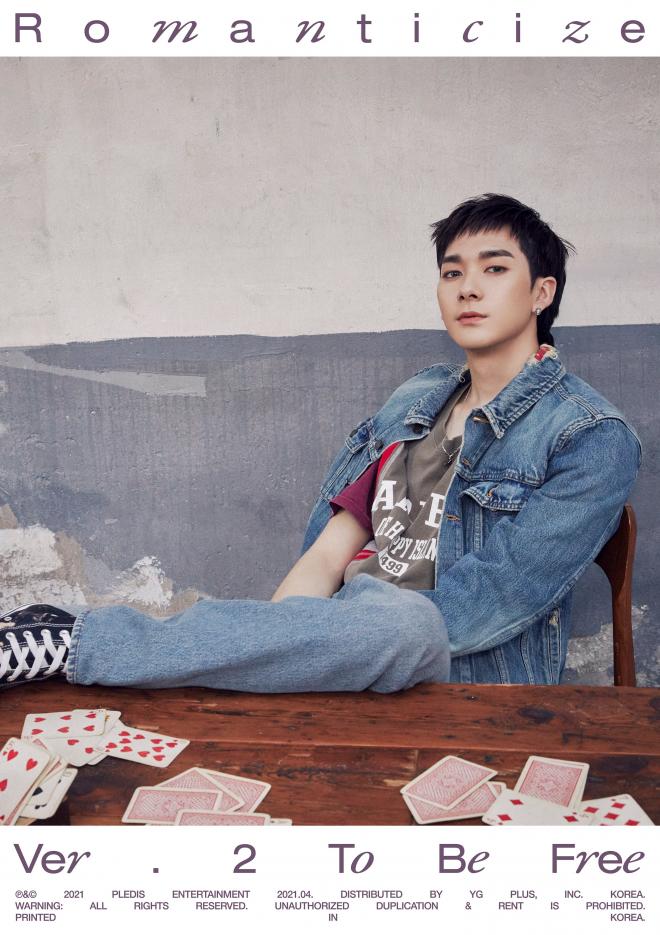 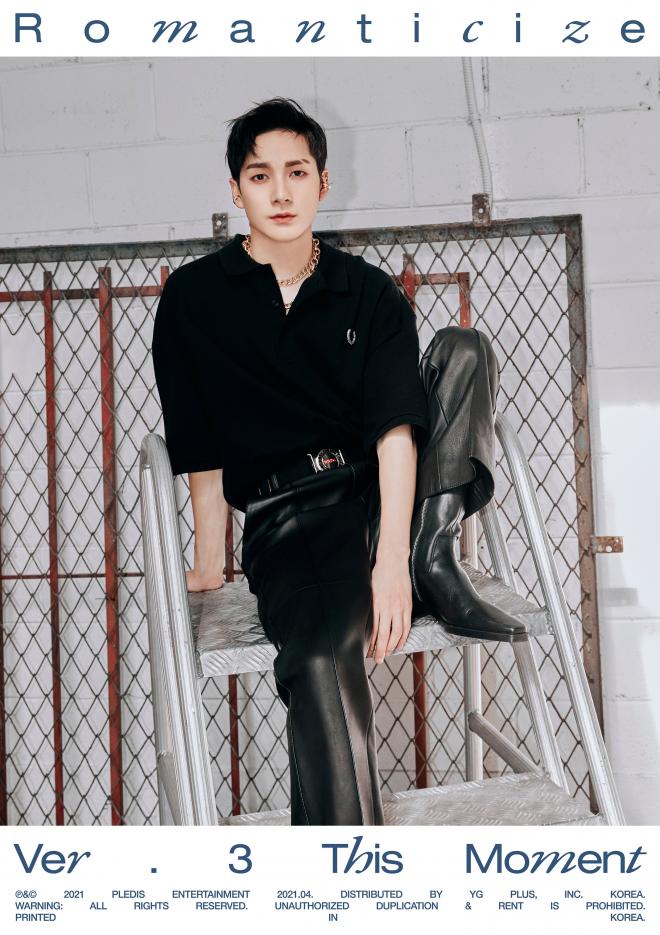 The keyword “Transcience” was selected through a vote on the concept page and was then changed to “Eternity,” revealing the official photos of Aron on NU’EST’s official social media accounts on April 5. Raising expectations for the full album, the eldest vocalist and rapper boasted his visuals in photos that expressed various moods from classical to elegance. 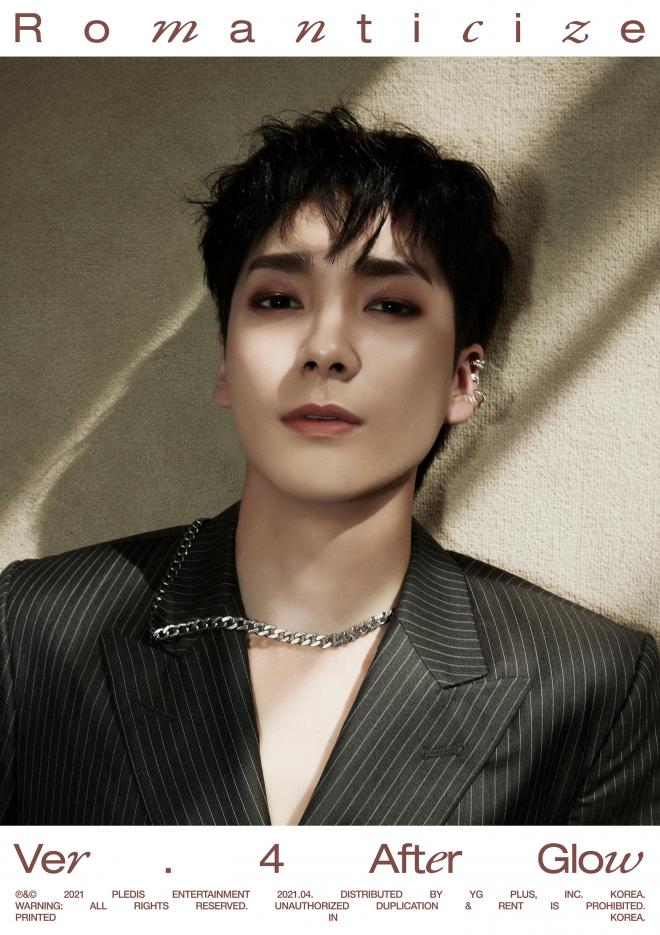 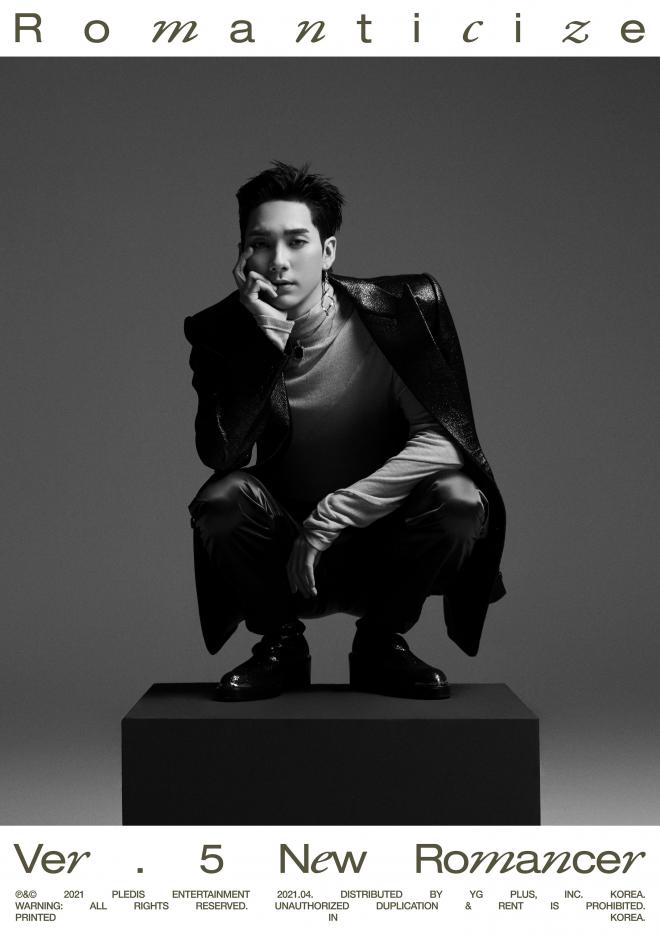 Five photos were released in total, one for each album version. Aron showed off his unique charms through the different concept photos. From rough denim styling to captivating fans with his charismatic stare and decadent mood, until the monochromatic shot, his intense presence overwhelmed the viewers all at once. 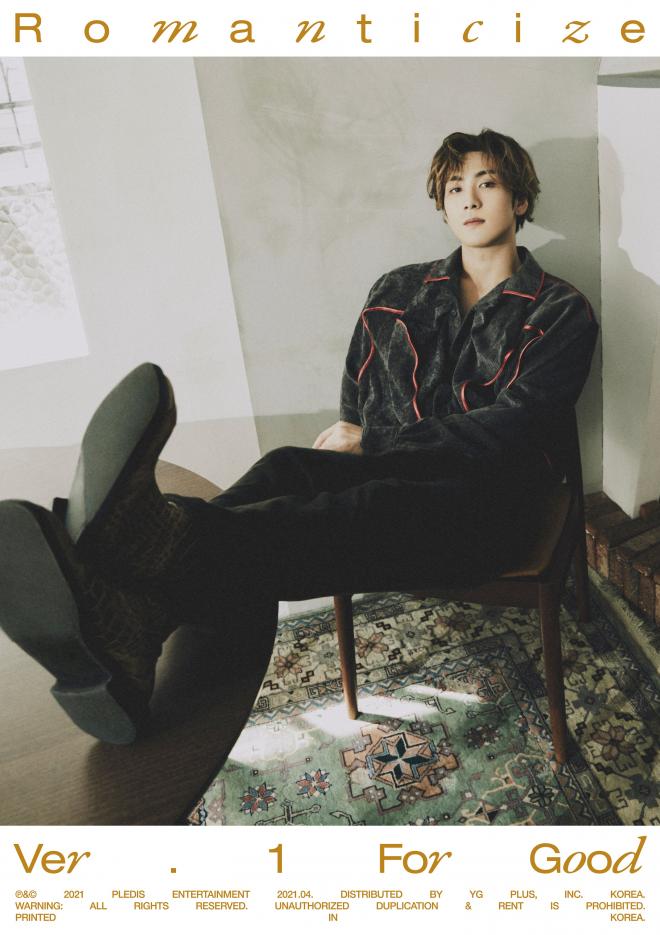 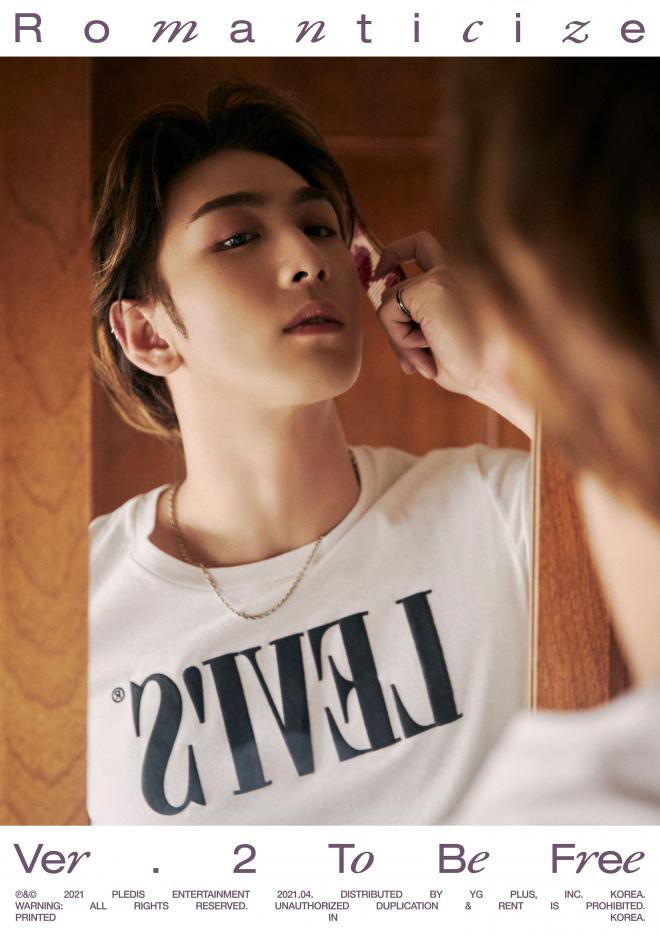 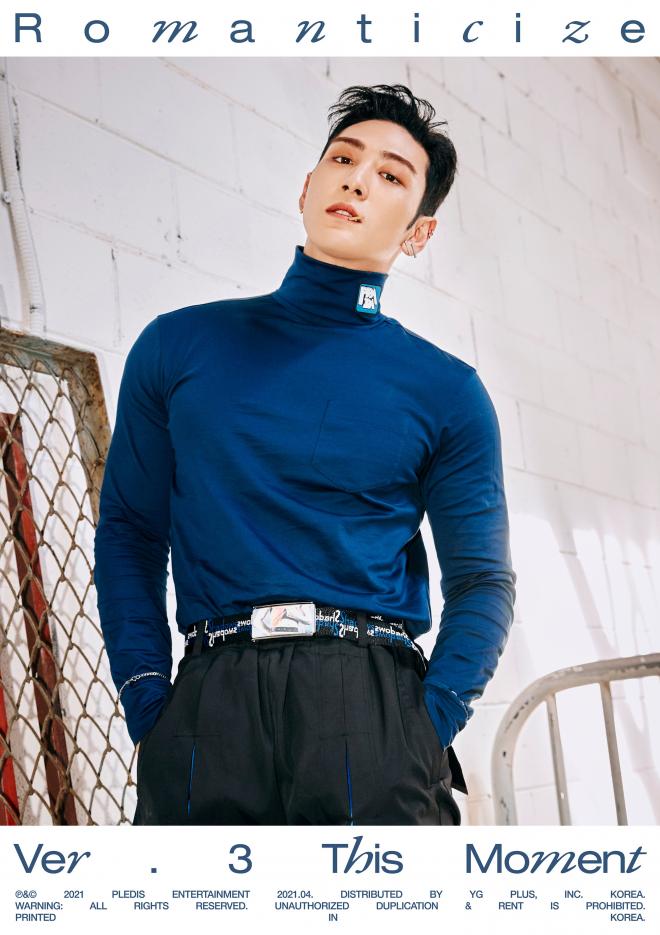 On the next day, the keyword “Run Away” was chosen from the vote which was changed to “Stand Fast,” revealing Baekho’s official concept photos. The group’s main vocalist showed off his unique aura as he presented his natural appearance and masculine charm. The mature atmosphere, completed with his dim eyes and jaw-dropping visuals definitely fascinated fans. 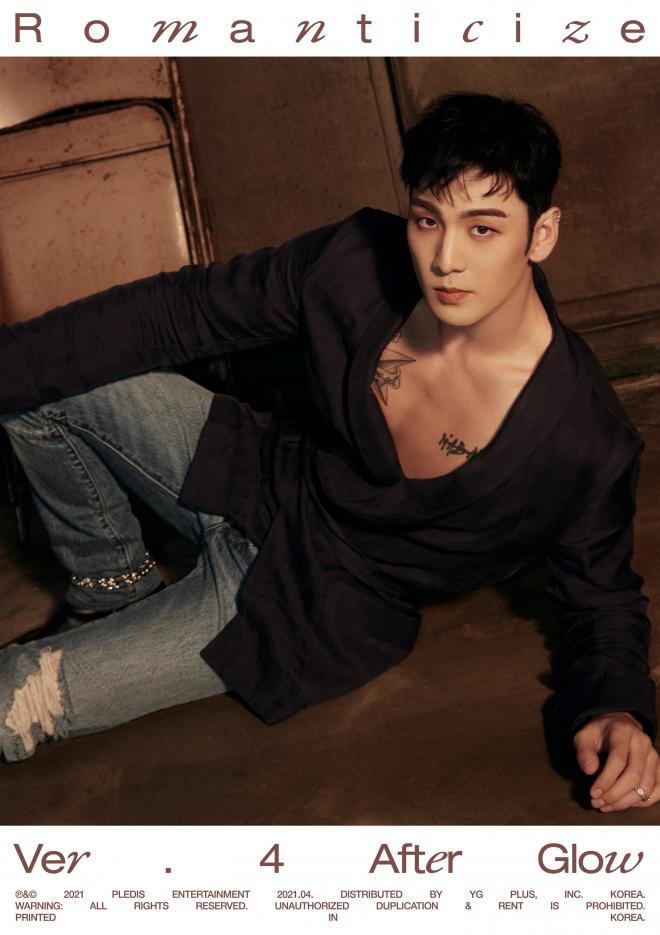 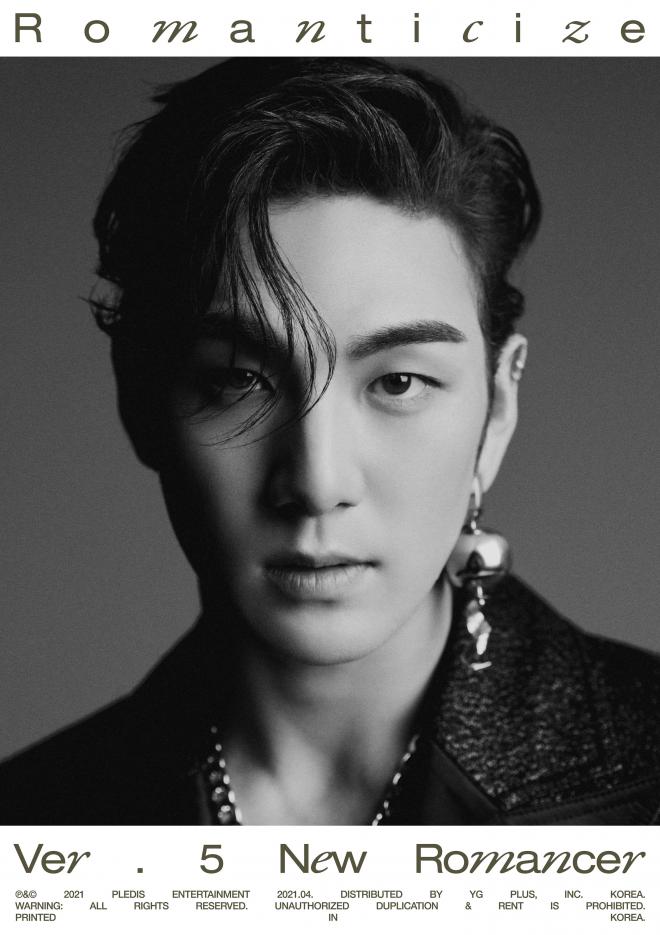 Baekho looks undeniably sexy as he posed with bold accessories with his solid body line, capturing the hearts of those who see. Followed by a relaxed and intense concept photo which made Baekho look entirely gorgeous, fans’ excitement reached its highest peak as they anticipate more. 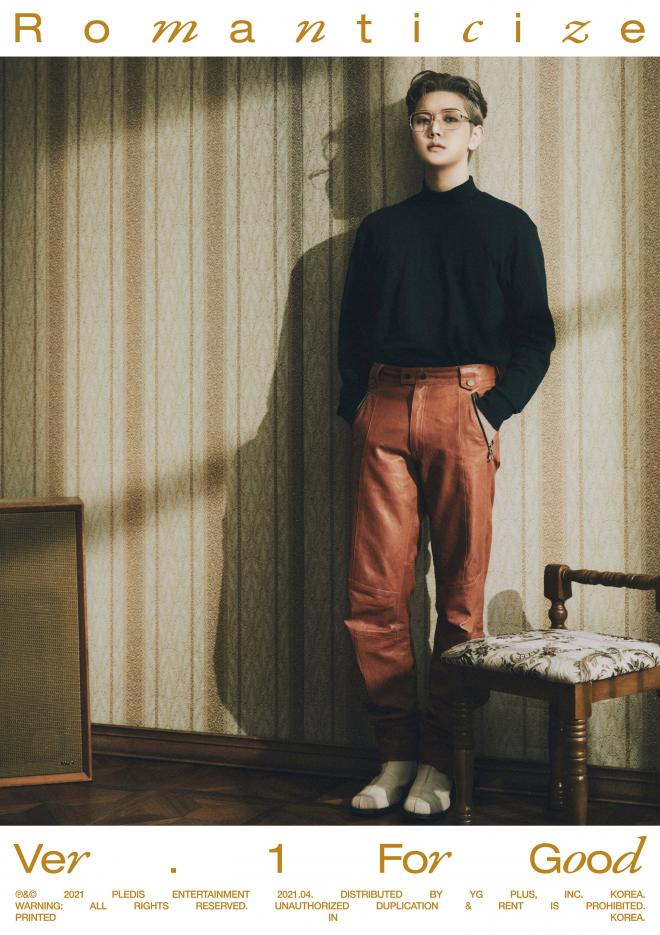 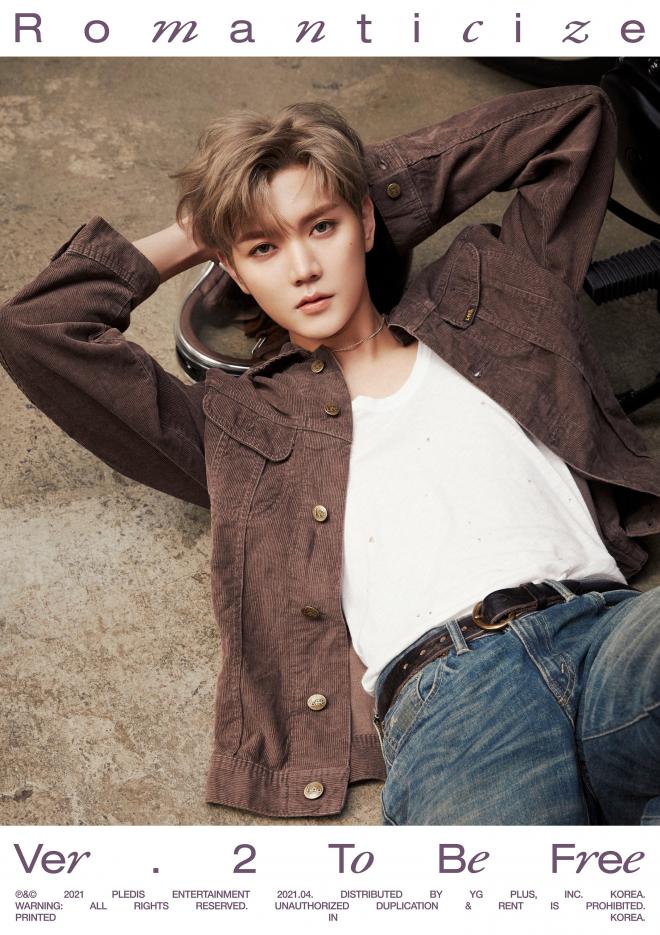 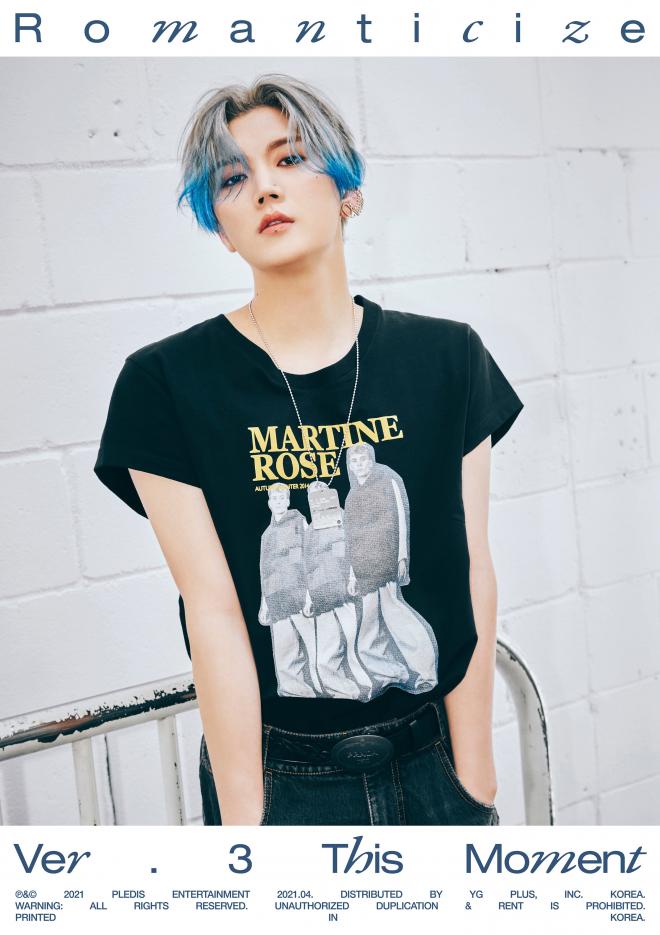 Ren’s concept photos were precisely breathtaking. With the keyword “Lower” winning the votings, having it changed to “Higher” as Ren’s photos were released, an amazing era of visual shock started. Particularly, Ren’s dramatic change in his hairstyle grabbed intense attention from fans by revealing a blue two-tone hair. The third photo was specifically what fans hoped to see as Ren embodies the word rockstar. 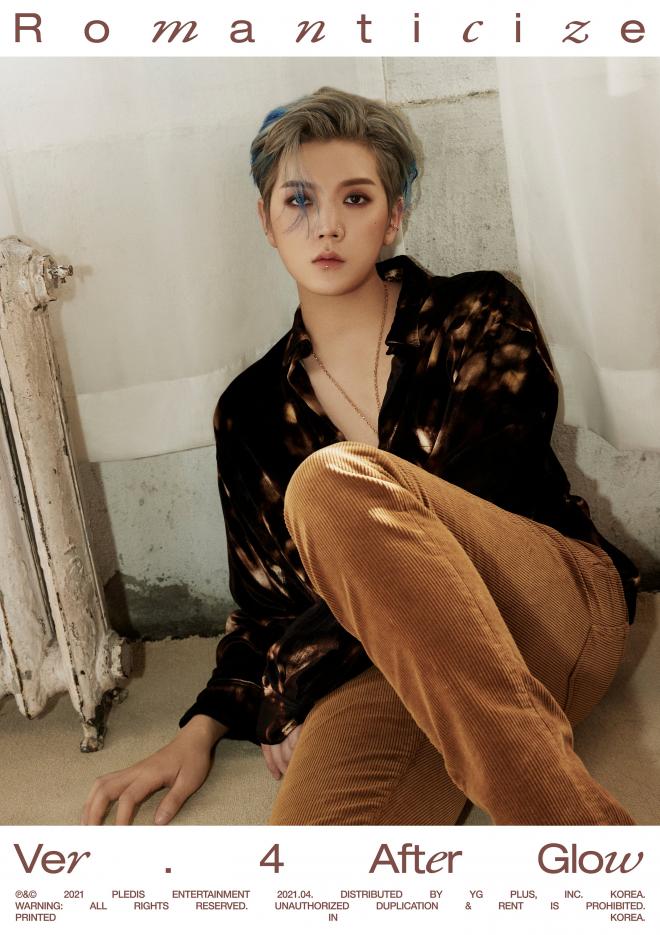 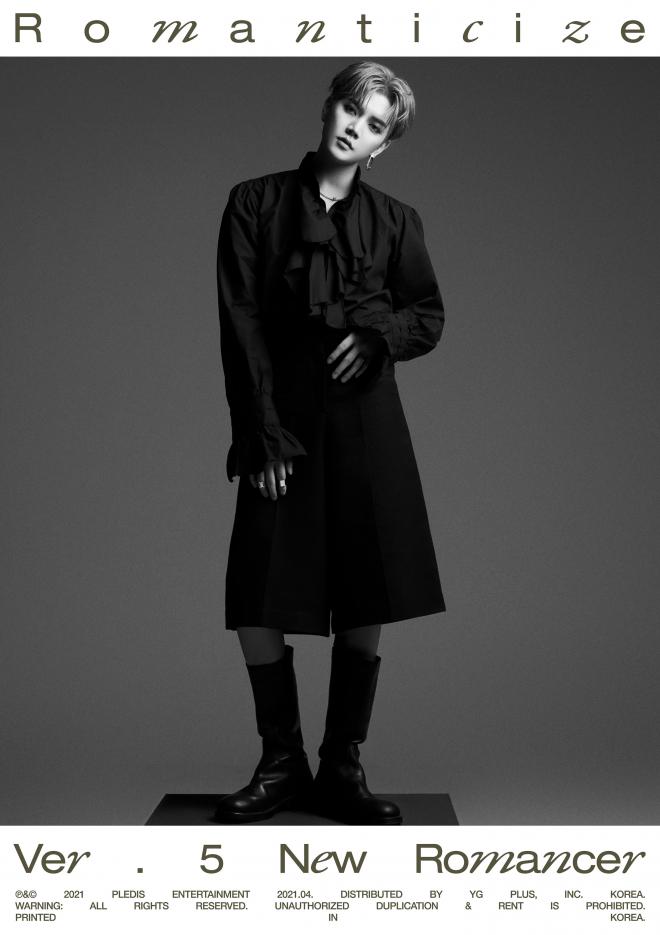 The rest of the concept photos from the JAMIE star explored his amazingness as a visual. Specifically, the black and white photo highlighted Ren’s overflowing charisma, making fans anticipate his promotional outfit. 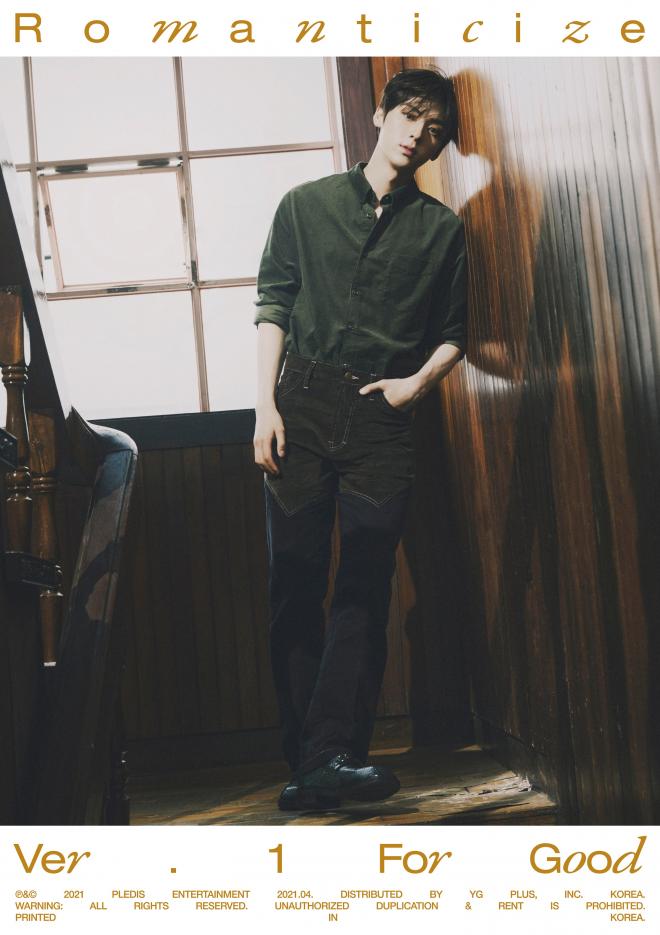 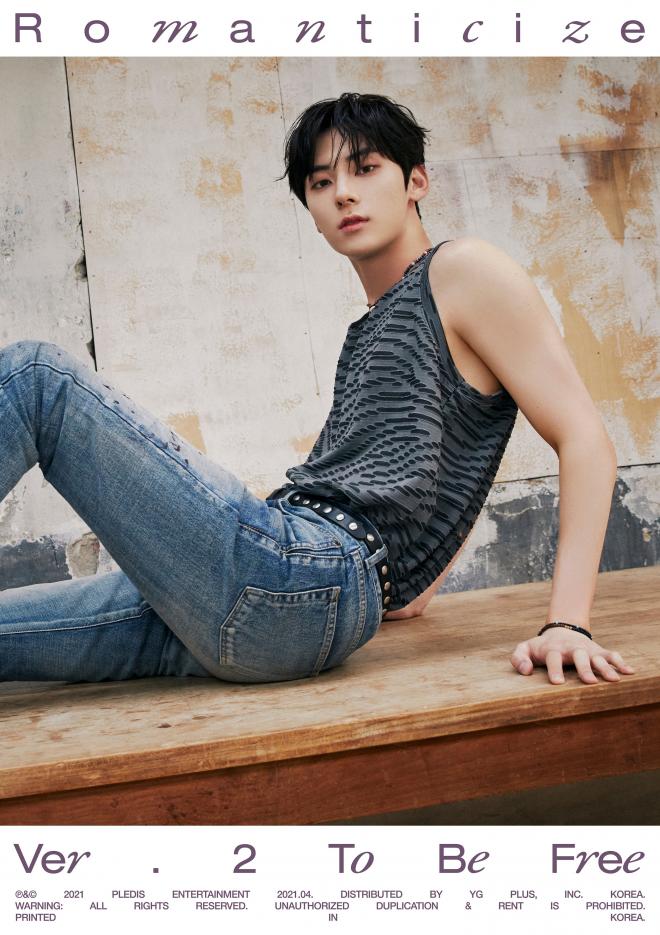 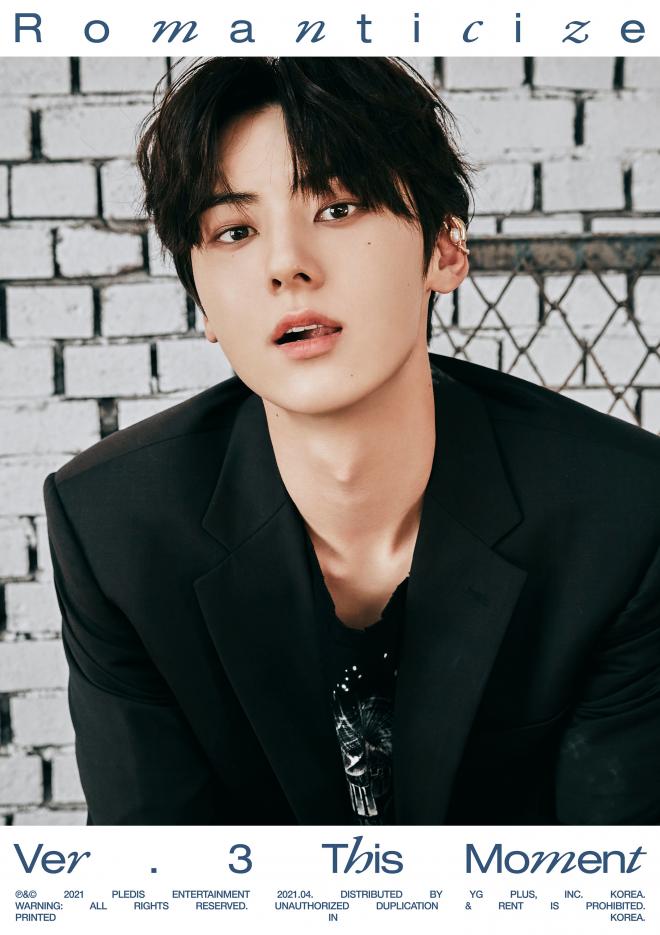 Minhyun’s concept photos posted on April 8 were the definition of a dream come true. The keyword “Noise” was changed to “Calm,” raising questions as to what the keywords mean. Consecutively, NU’EST’s Hwang Emperor showcased his infinite charm in matching neat shirts and pants, creating a dandy yet light atmosphere. The following photos perfectly submitted his urban mood, sitting on the floor at an angle that shows off his perfect visuals. 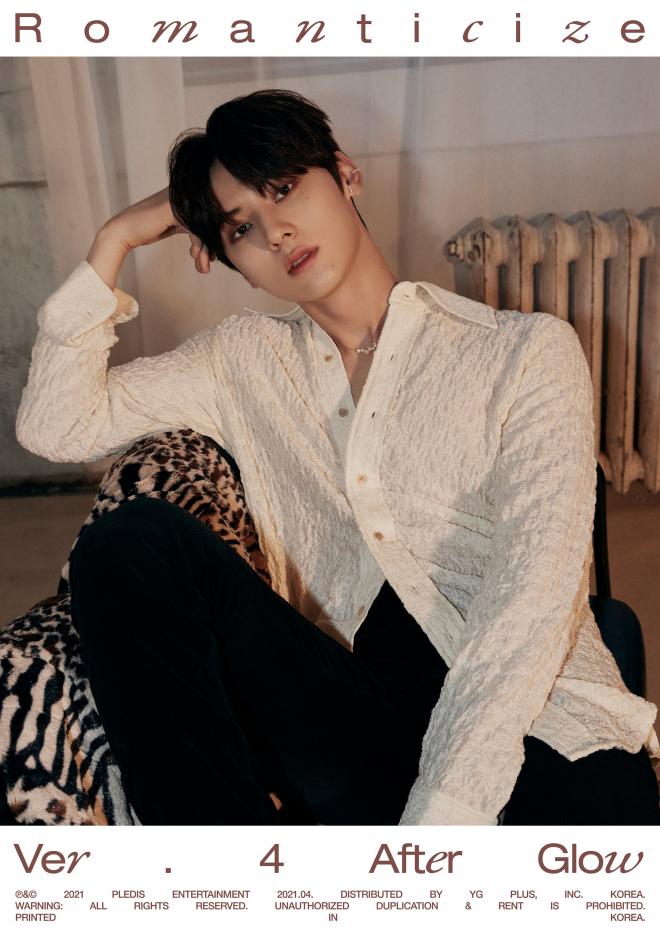 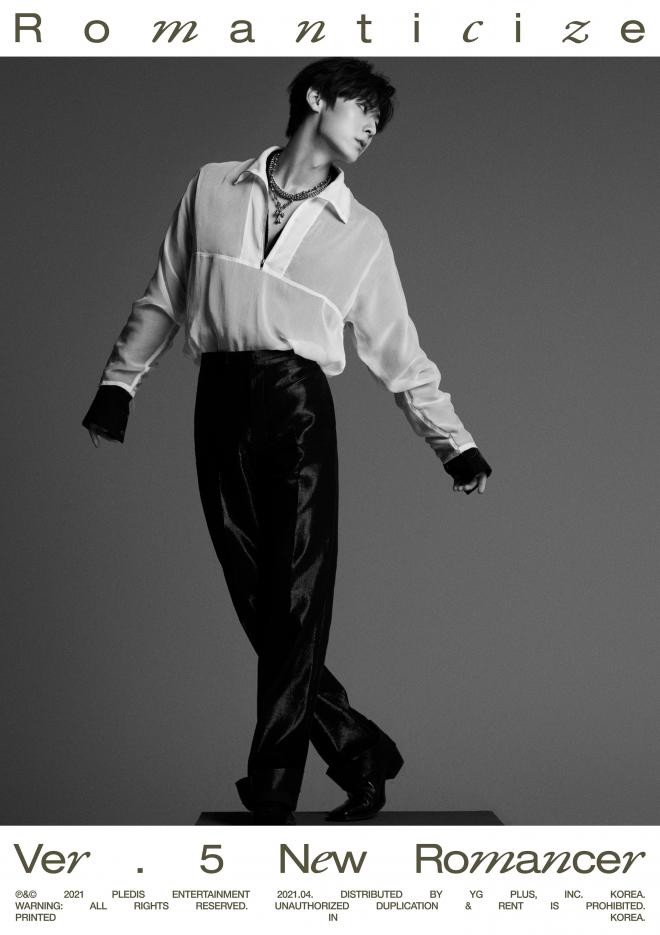 Additionally, Minhyun doubled his trendy charisma on the rest of the photos. The vocalist strikes a pose that makes us wonder how it feels to be flawless like him. Moreover, the monochrome photo boasted Minhyun’s warm body proportion in a graceful pose with a relaxed gaze. 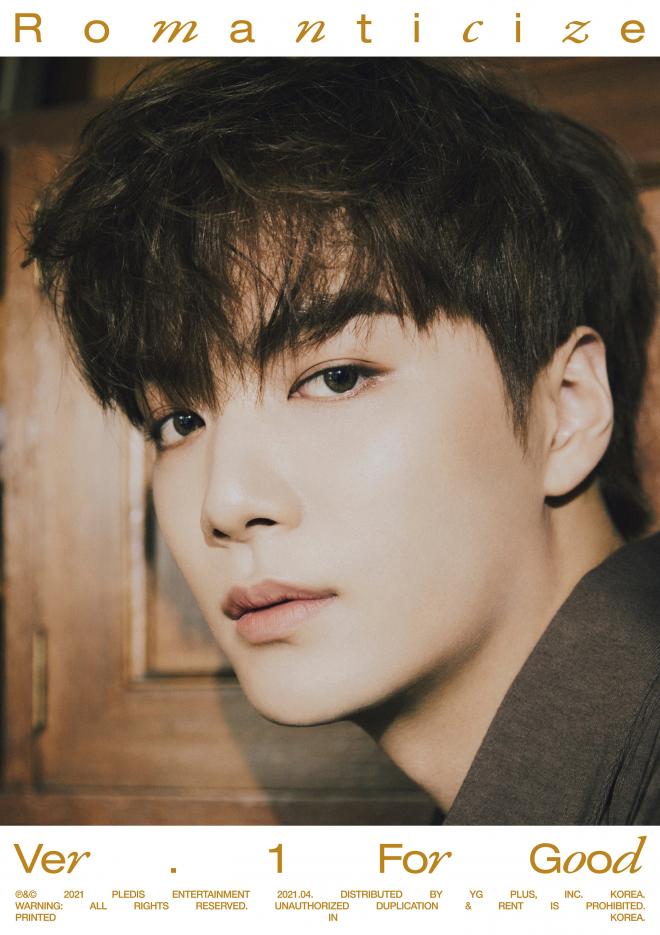 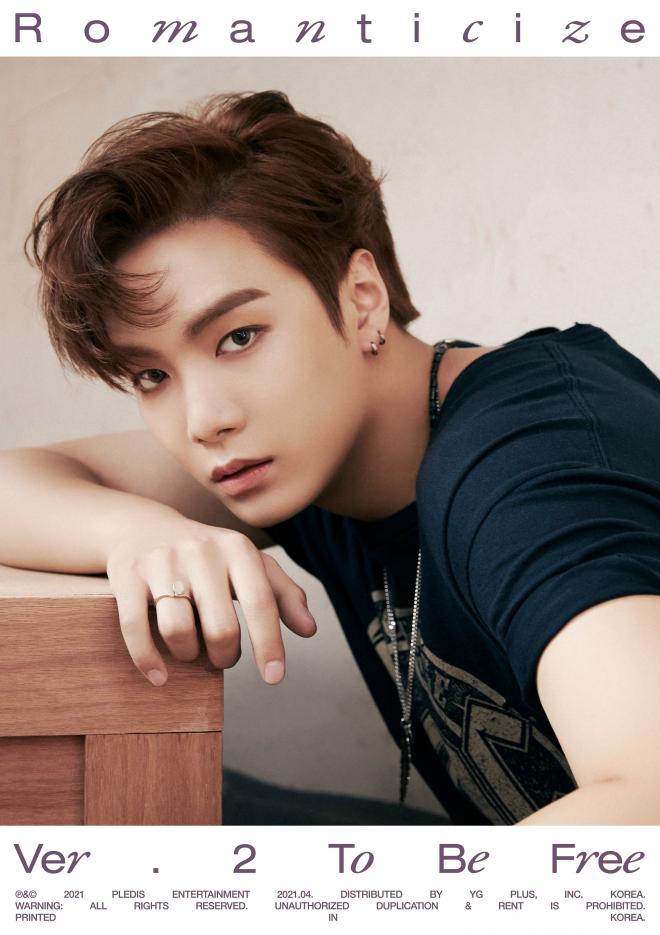 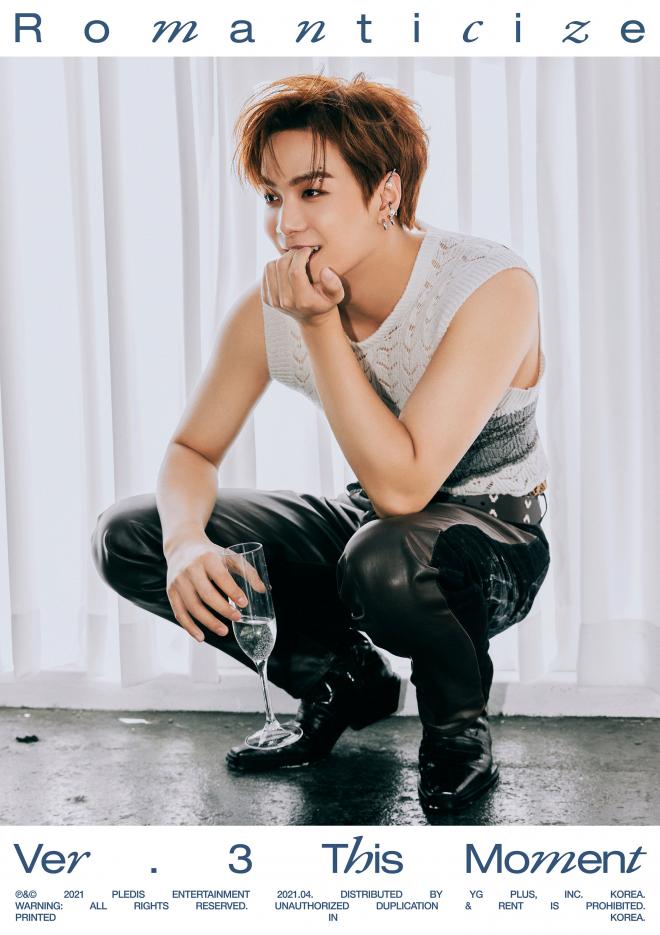 Further, on April 9, the keyword “Close” was changed to “Open,” automatically revealing the concept photos for NU’EST’s trustworthy leader JR. Consecutively, the concept photos featured JR’s handsome visual while stimulating deep emotions through his unique stare under a vintage mood. His strong aura which was conveyed by his strong gaze created excitement to fans and the general audience, alike. 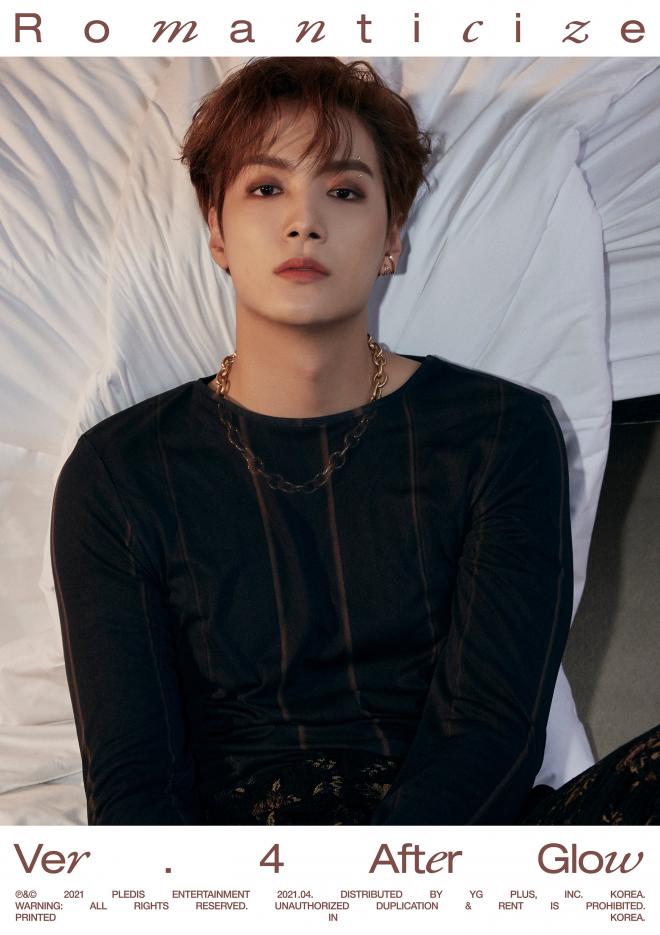 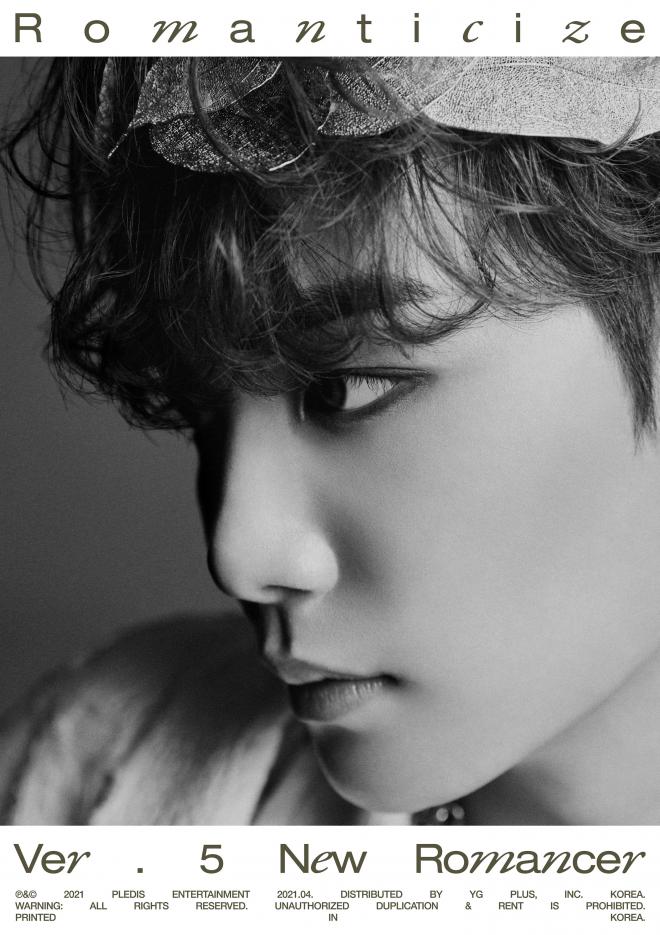 Particularly, a playful expression with a champagne glass in his hand revealed a rather smooth profile from the charismatic rapper. The rest of the photos visibly presented a fatal atmosphere, amplifying expectations for the new album.

What’s best with these concept photos was that they absolutely showed their own versatility. Each concept photo made fans curious as to how NU’EST will demonstrate their matured musical prowess. Meanwhile, lots of content will be revealed in the following days including a pre-listening and teaser videos. Furthermore, NU’EST’s second full album Romanticize will be released on April 19 at 6PM KST.