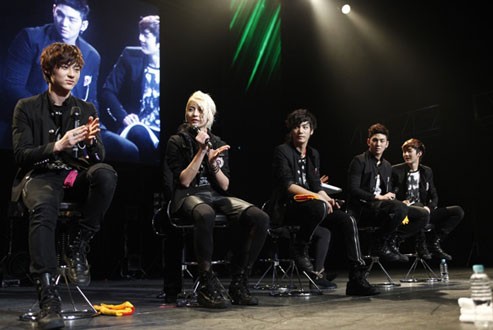 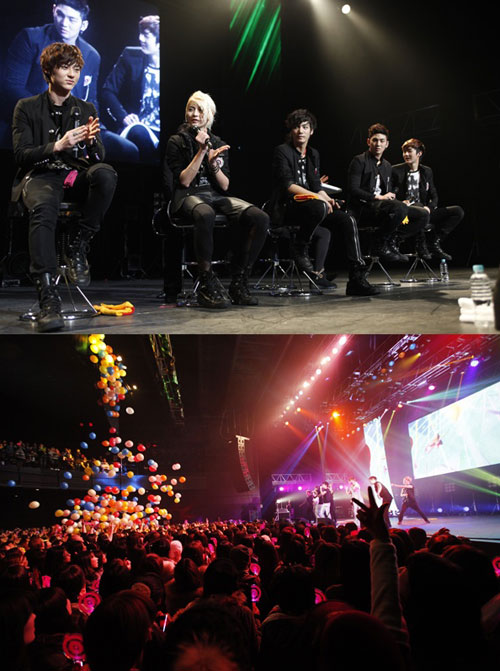 NU’EST has a mini concert prior to their Japanese debut, of which 3,000 seats were completely sold out. The tickets were sold out within 10 minutes for the mini concert on December 10th.

On this day, NU’EST performed their Korean debut singles FACE, Action and many others to a total of 7 songs. They received lots of love and support from their fans. NU’EST received compliments from the Japanese media that the group is not like a rookie and they are able to connect with their fans and officials very well.

Their agency, Pledis’ official stated, “As the group headed to Japan for their promotions, tickets were sold out despite that it was a week day. We were surprised at how many fans showed up to the event. We will continue to work hard to bring the fans good music. We hope you give lots of attention to NU’EST and give them lots of love.”

On the other hand, NU’EST has also ended promotions in Malaysia and it is said that they will be scheduled to release an album early next year.