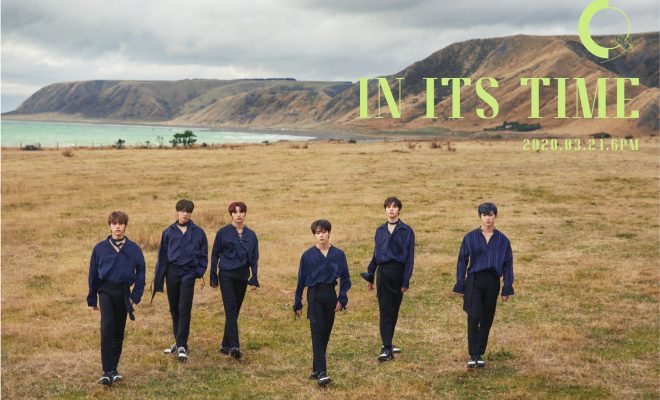 ONEUS gave music lovers a new single album to love so easily with In Its Time and its heavenly tracks!

Proving their prowess as musicians once again, ONEUS showcased their outstanding round of talents in their newest single album In Its Time and its title track “A Song Written Easily”. 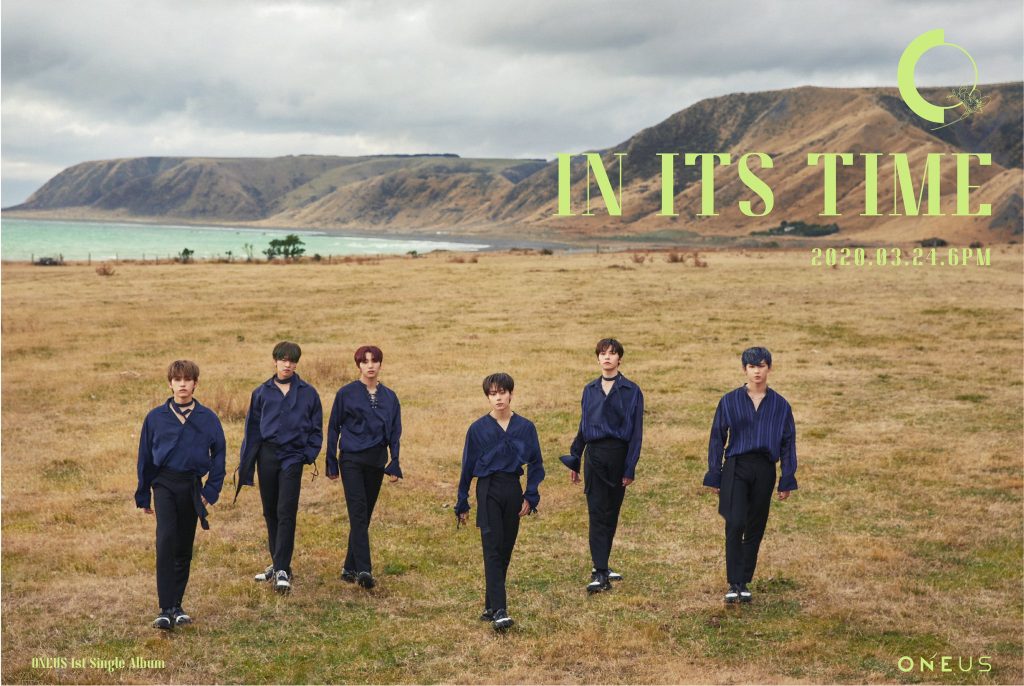 Marking the start of their comeback countdown, the group gave a mysterious teaser on March 10 which gave spring vibes.

From March 13 to 17, they released a series of group and individual teaser photos with eye-catching scenic backgrounds 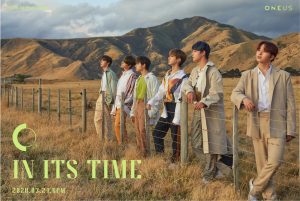 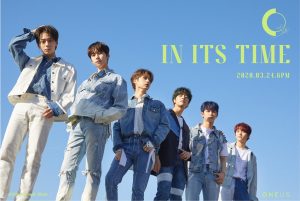 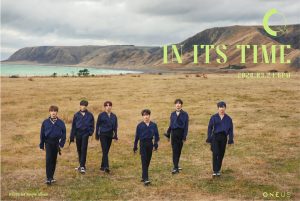 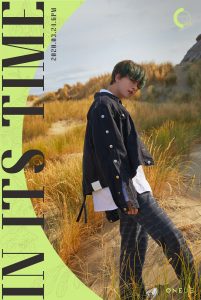 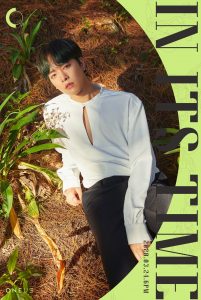 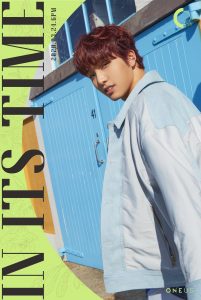 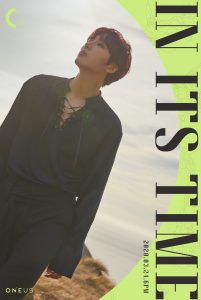 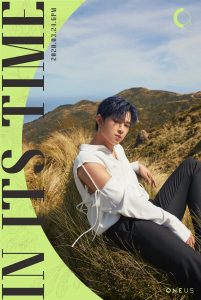 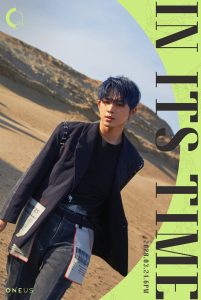 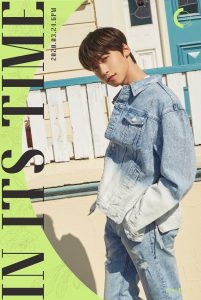 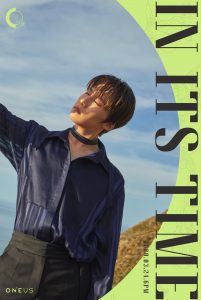 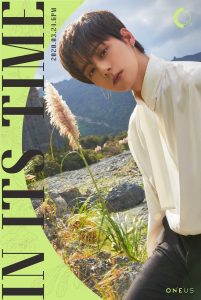 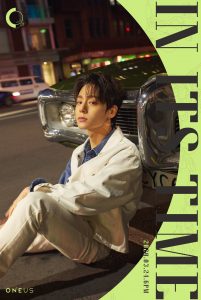 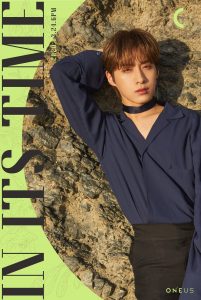 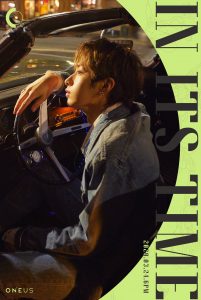 Each member then graced the K-Pop scene once more with their purely magnificent visuals afterward in their individual teaser videos shared from March 18 to 20. Through this, they also revealed the title of their lead track as “A Song Written Easily”.

A final group teaser photo was then unveiled by the group on March 21, showing them in crisp white button downs standing out like angels on a deserted field. 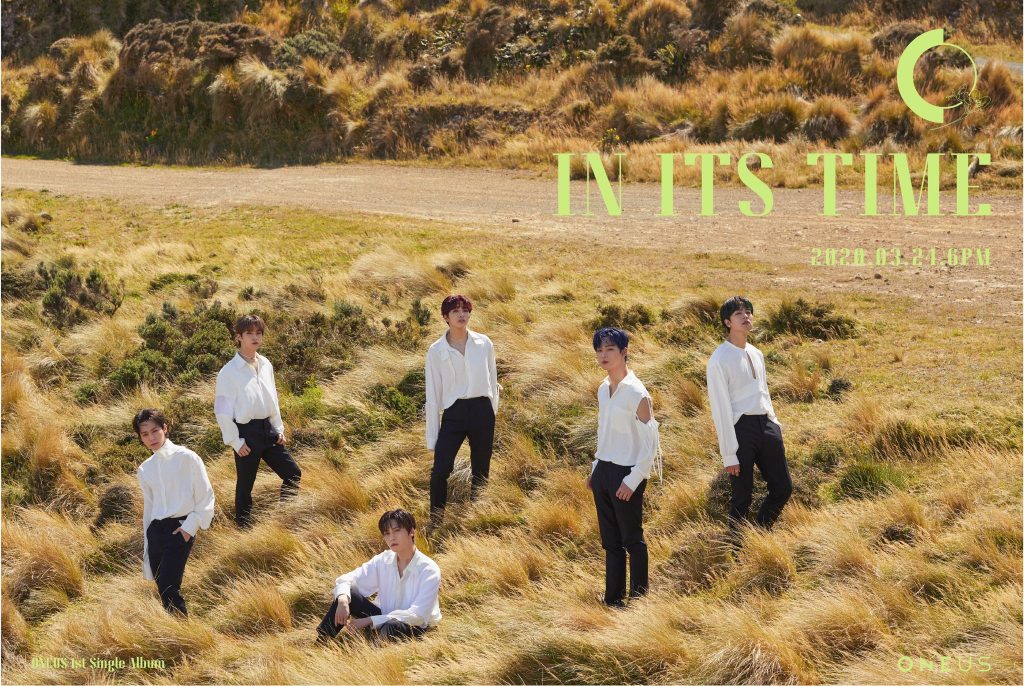 Giving a peek of their scenic new music video, ONEUS revealed their music video teaser on March 22. Lastly, their performance teaser was shared to fans on March 23 before they made their highly-anticipated comeback the next day at 6 PM KST.

In Its Time First impression

In Its Time is composed of two songs—its lead track “A Song Written Easily” and the b-side “Hide and Seek”.

“A Song Written Easily” showcased a combination of Moombahton and whistles—which will definitely play over and over again in your head— to express a sad but refreshing feeling which was also relayed through its bittersweet lyrics.

Displaying the boys’ rich vocals and softer yet powerful rap, the song talked about having to bid goodbye, but also knowing that what follows the farewell is a new beginning.

Meanwhile, “Hide and Seek” gives a funkier, more playful vibe with a further amplified showcase of the group’s amazing singing and rapping skills. Added with the enjoyable harmonies and a chorus that completely captivates its listeners, the song makes its way to own one of the top spots in ONEUS’ list of best b-side tracks.

We’re not gonna lie—the music video’s intro fooled us into thinking that “A Song Written Easily” was going to be a calming ballad with the very soft and soothing melody that it played at the start.

Instead, the lovely track was actually a light yet somber offering from the group, portraying a bittersweet feeling to listeners.

Aside from the showcase of the boys’ vocal prowess, “A Song Written Easily” left fans breathless with the beautiful sceneries it showed in its music video. Filmed in New Zealand, the clip took viewers to picturesque sea, desert, and forest settings—which were made even more eye-catching by ONEUS’ outstanding visuals.

In addition to the six talented members of the group, the music video also centered on flowers assigned to each, which symbolized the same new beginnings that the song’s lyrics also conveyed.

Videos and photos from RBW

Hellokpop, as an independent Korean entertainment news website (without influence from any agency or corporation), we need your support! If you have enjoyed our work, consider to support us with a one-time or recurring donation from as low as US$5 to keep our site going! Donate securely below via Stripe, Paypal, Apple Pay or Google Wallet.
FacebookTwitter
SubscribeGoogleWhatsappPinterestDiggRedditStumbleuponVkWeiboPocketTumblrMailMeneameOdnoklassniki
Related ItemsA Song Written EasilyIN ITS TIMEoneus
← Previous Story BLACKPINK’s “Ddu-du Ddu-du” Hits 1.1 Billion Views On Youtube
Next Story → Kang Daniel Scores Impressive Records On iTunes Charts Worldwide With “CYAN”