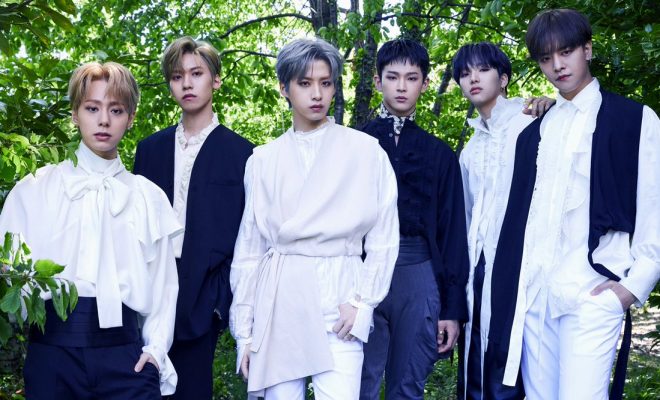 ONEUS Gets Ready To Rise This May With New Mini Album

Rise up, ONEUS fans! Your favorite boys are returning with a new mini album real soon!

ONEUS will join the star-studded lineup of comebacks this May with the release of its second mini album titled Raise Us.

The boy group dropped a teaser photo on May 14, signalling the start of its first comeback after debuting with “Valkyrie” in January this year. On the same day, it dropped the timetable for its May 29 return which officially kicked off on May 16 with a concept photo featuring all the members.

After the group photo, ONEUS will follow with the members’ solo concept photos which will be unveiled from May 17 to 19. The boys will then release the track list for Raise Us on May 20. Another concept photo will heighten the anticipation for the boy group’s return on May 21, followed by solo film teasers from May 22 to 24.

Along with a concept photo, the boy group will also mark May 25 with a music video teaser before unveiling the final concept photo on May 27. Fans will get to hear the tracks that will fill the new extended play through a highlight medley on May 28.

Ending the days of waiting, Raise Us will be released on May 29 at 6 p.m. on various music sites. 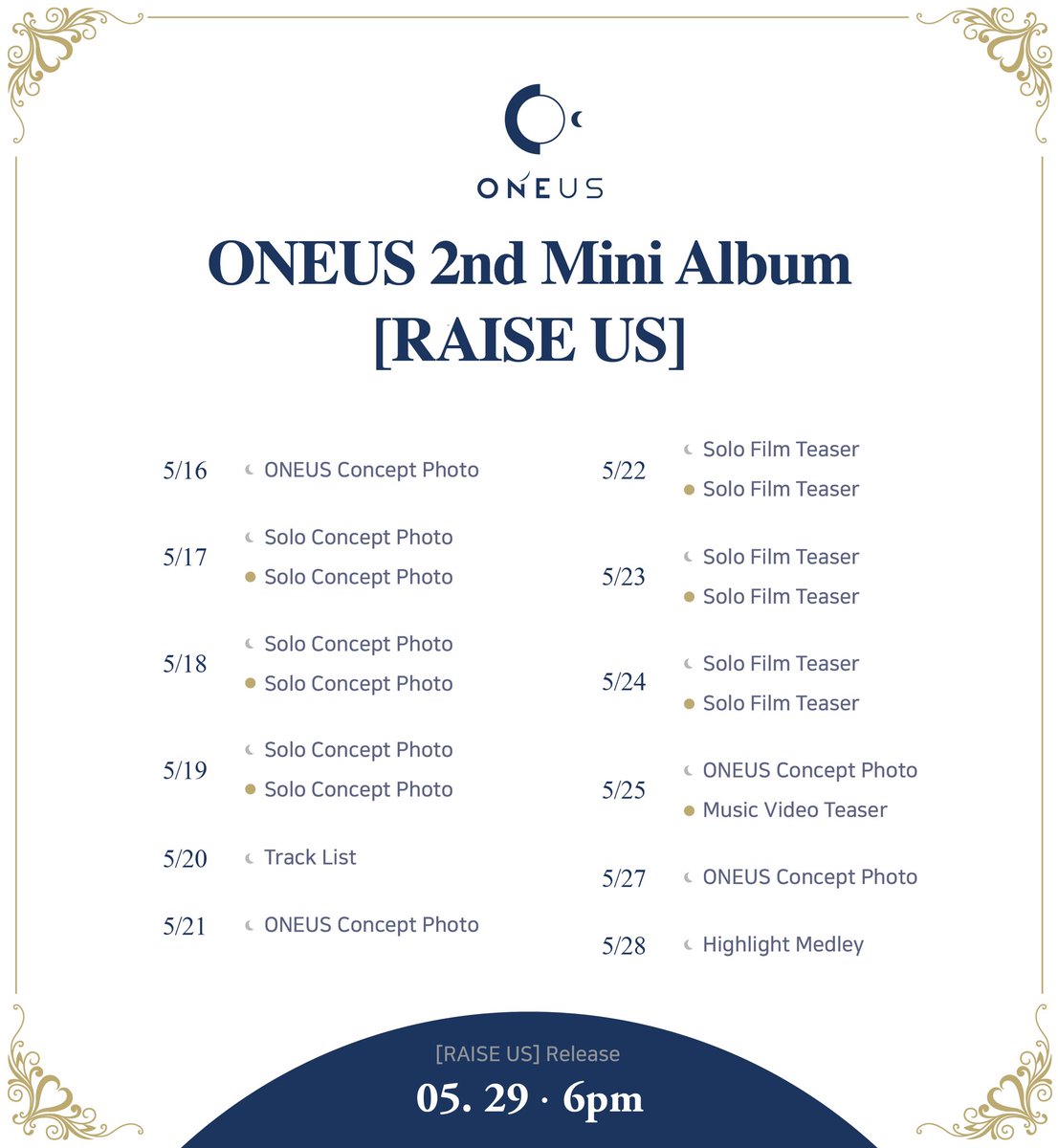 ONEUS, composed of Ravn, Seonho, Leedo, Keonhee, Hwanwoong, and Xion, debuted on January 9 with its first extended play Light Us, fronted by “Valkyrie”. On the same day, the boys performed the tracks of their debut EP at their debut showcase at the Yes24 Live Hall.

Light Us peaked at the sixth spot of Gaon Album Chart. Meanwhile, “Valkyrie” also showed an impressive debut on Billboard chart after it secured the 15th spot on Billboard World Digital Songs.