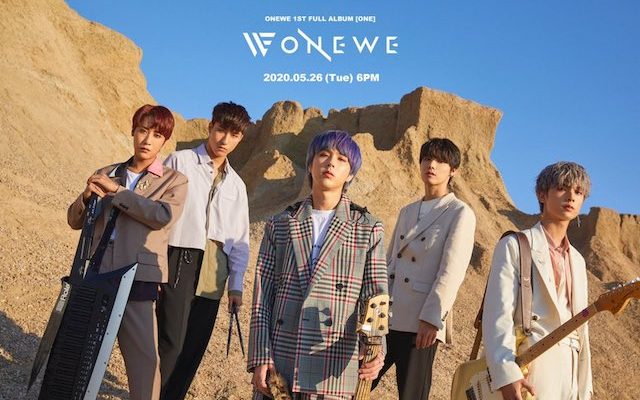 By Yann | May 22, 2020
FacebookTwitter
SubscribeGoogleWhatsappPinterestDiggRedditStumbleuponVkWeiboPocketTumblrMailMeneameOdnoklassniki

ONEWE had grabbed fans’ hearts in one go through the teasers they have unveiled in preparation for their first full album’s release!

The talented band ONEWE continues to make anticipation rise for their return with ONE this May 26. 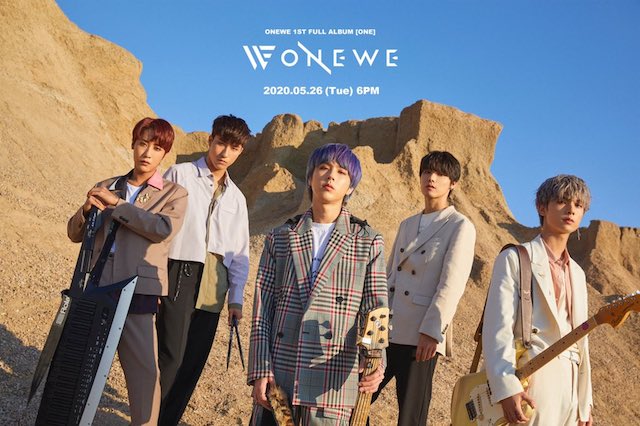 Set to mark their first full-length album, ONE will be heralding full-fledged activities for the band, who has gifted fans single albums counted as “parts” making up the pieces for their upcoming release since their debut.

On May 22, they released their group photo after capping off their solo music video teaser series unveiled from May 20 to 21. Offering further insight to the concept that they have prepared, the individual films peaked fans’ interests even more.

Another group concept photo followed their tracklist reveal on May 18. Through this, the quintet from RBW shared that they will be returning to the music scene with the song “End of Spring” which serves as their album’s lead track.

Other than “End of Spring” and its rock version, ONE will contain ten other tracks. These include some of their already well-loved hits like “Regulus”, “Feeling Good”, and “Q” which also featured their labelmate and MAMAMOO member Hwasa.

Making it an even more special treat, members CyA and Yong Hoon personally wrote and composed all the tracks for ONE. 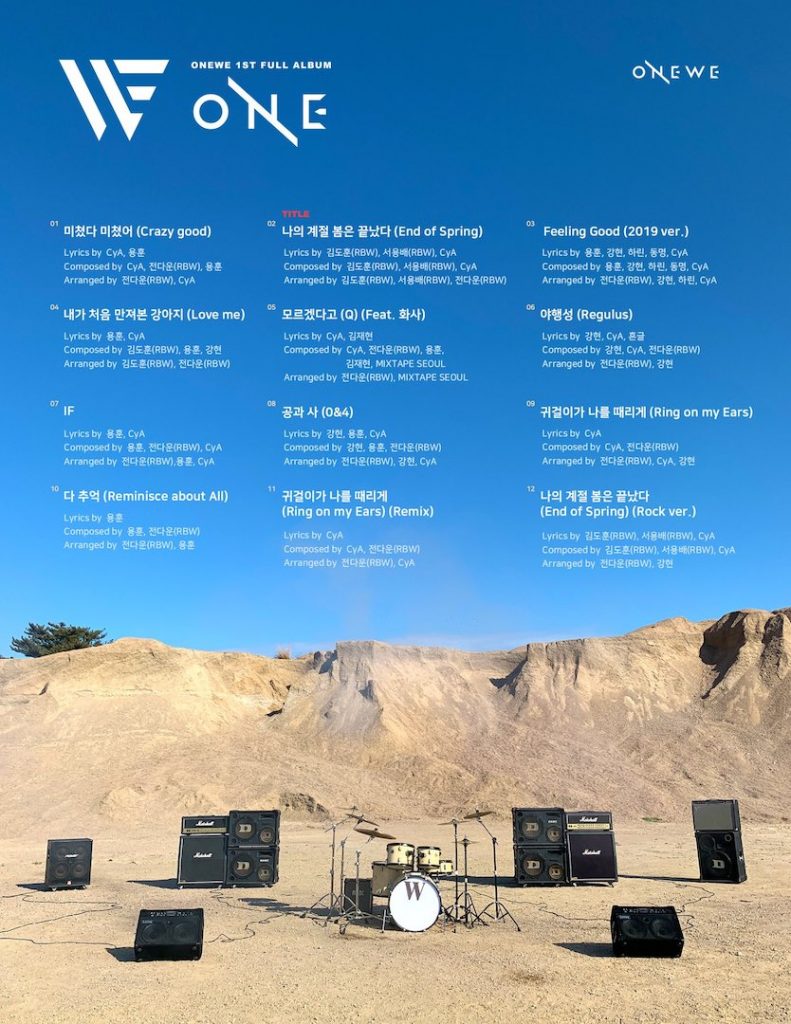 Prior to these, the band also blessed fans with back-to-back releases of their group and solo concept photos from May 15 to 17 as the official kick-off of their comeback countdown. 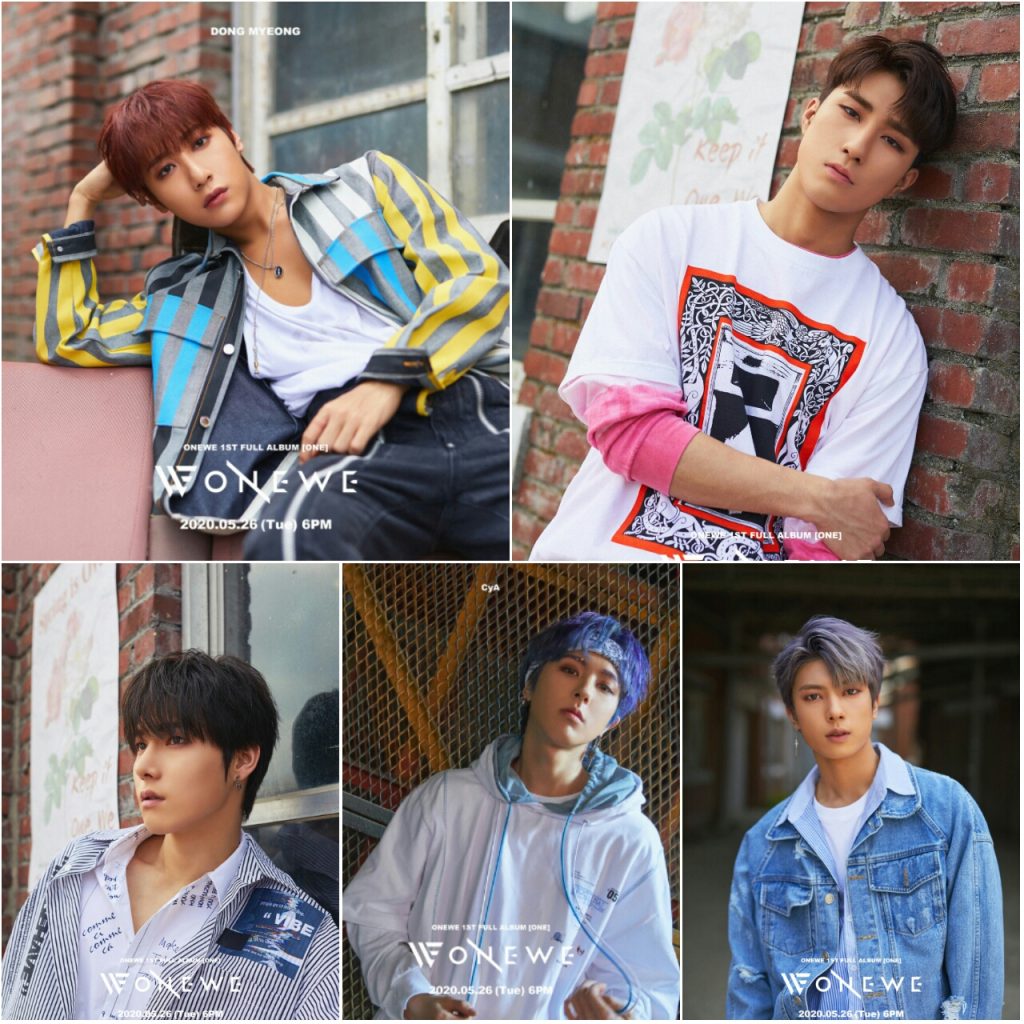 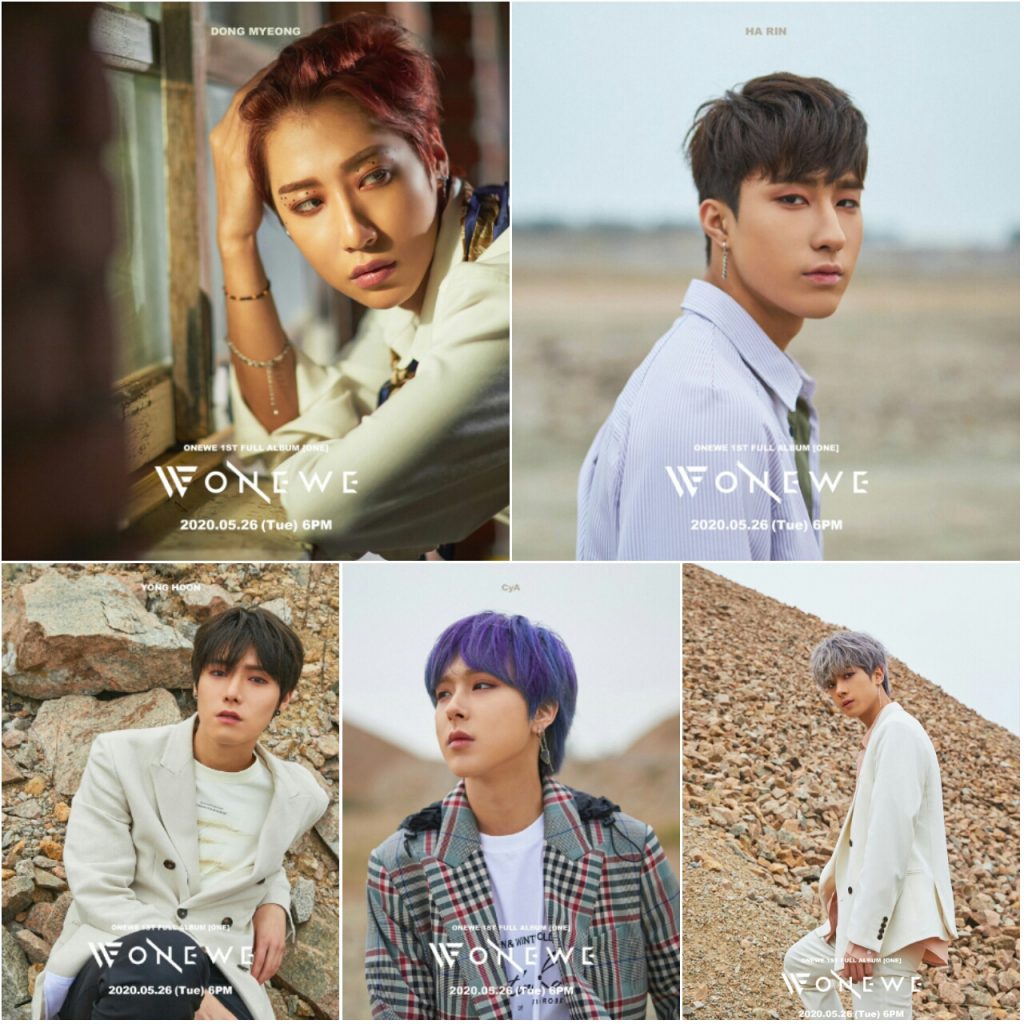 Since their debut, ONEWE proved that they can cover a wide range of musical spectra and encompassed a number of genres with their songs. Through ONE which they completed with their own style, they aim to strengthen their position as a talented band in the music industry.

Photos and videos from RBW

Hellokpop, as an independent Korean entertainment news website (without influence from any agency or corporation), we need your support! If you have enjoyed our work, consider to support us with a one-time or recurring donation from as low as US$5 to keep our site going! Donate securely below via Stripe, Paypal, Apple Pay or Google Wallet.
FacebookTwitter
SubscribeGoogleWhatsappPinterestDiggRedditStumbleuponVkWeiboPocketTumblrMailMeneameOdnoklassniki
Related ItemsONEONEWE원위
← Previous Story VIXX’s Ken Talks About His Solo Album, Goals, Military Enlistment And Love For His Adoring Fans
Next Story → SEVENTEEN Exposes Real Backstage Stories In First Two Episodes Of “HIT THE ROAD” Documentary