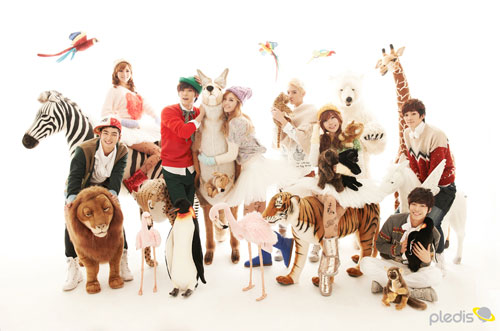 This album which is released on December 13, is like the 2010 Happy Pledis Christmas song with a warm love story concept and excited heart to admit their love, Orange Caramel and NU’EST have put their hearts into making this album.

Their official site shared a photo of Orange Caramel and NU’EST with animal dolls like a fantasy fairy tale. Their agency Pledis says, “We’ve prepared this album with a thankful heart for all the love we’ve received this year.” Continuing, “We will be showing a different style of music from what we’ve already showed so please look forward to it.”

Check out their video here: