By Kirsten | May 3, 2021
FacebookTwitter
SubscribeGoogleWhatsappPinterestDiggRedditStumbleuponVkWeiboPocketTumblrMailMeneameOdnoklassniki

Rolling Stone Korea issues its first-ever edition since its establishment, featuring P NATION artists for its cover. Rolling Stone, the American pop-culture publication, was founded in 1967. Since then, it has become one of the leading media giants in counter-culture by providing musical and political commentary. Rolling Stone Korea marks its 12th international edition, following publications centred in Germany, Australia, and Japan. 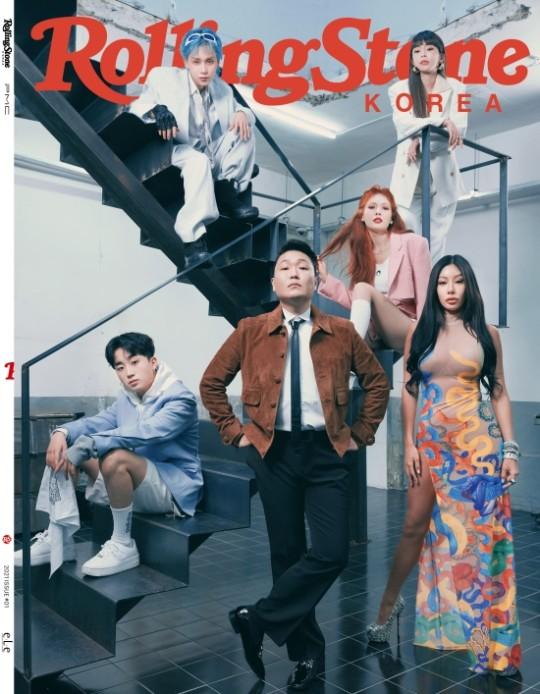 In regards to the featured artists, Rolling Stone Korea stated, “As it is a cover of the first issue, our Rolling Stone headquarters in New York and Korea have been thinking about which artist to select for the first issue cover, and it would be a choice without regrets if we went with the P NATION artists led by Psy.”

The publication explained its goals moving forward, “Rolling Stone Korea magazine, designed in a Korean-English edition of various Korean pop music contents, wants to take the lead in continuing to promote Korean culture to many people around the world.”

Fans can look forward to exciting content in its first issue. The magazine highlights artists including, “Lim Young Woong, Se So Neon, Epik High, Nell, Yoon Sang, Bad Bunny, and 24K Goldn after receiving much attention from domestic and global fandoms. Please look forward to it.”

Rolling Stone Korea plans to release 10 issues a year, delivering a special edition as well as a bi-monthly edition. So far, three of its future editions are already in the final steps of completion. Furthermore, its CEO Ray explained, “Rolling Stone Korea, which leads a variety of cultural contents (movies, TV, books, etc.) in and outside Korea beyond K-Pop, will actively communicate with fandoms through Youtube and various websites.”

Meanwhile, the publication is now available for pre-sale through stores such as Aladdin and Yes24.