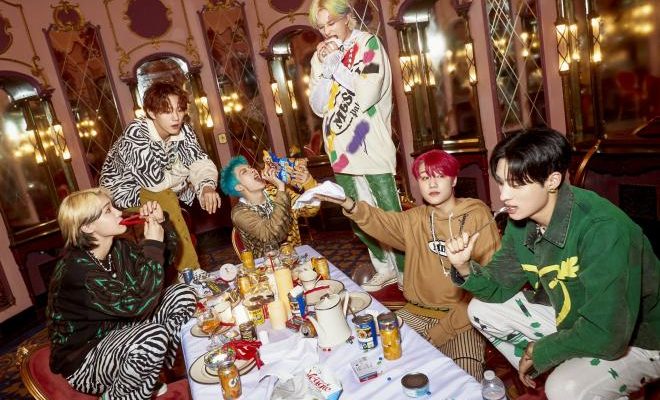 P1HARMONY To Return With New Music In “DISHARMONY: FIND OUT”

After proving their fast-growing international popularity, P1HARMONY preps to release their newest EP!

Following the success of their career-accelerating first U.S. performance at a Major League Soccer Match in Los Angeles in October― gathering thousands of fans and media coverage― P1Harmony is set to welcome the new year with the release of their eagerly anticipated third EP titled DISHARMONY: FIND OUT on January 3 led by the new single “Do It Like This.”

The one-year-old boy band is tipped for a massive 2022, after elevating to greater international K-pop recognition―including major accolades like a nomination for “Best Rookie of the Year” at the 2021 MAMA Awards and being selected as a top rising K-pop group from Rolling Stone, Vogue, TIME, Billboard, Forbes, NME, Hypebae, Refinery29 and more.

P1Harmony’s new single “Do It Like This” is an upbeat hip-pop, genre-squashing banger with instant ear-grabbing, galactic synths, melodic rhythms, head-bopping beats, as well as stellar verses, co-written by P1Harmony members Intak and Jongseob, and standout moments coming from vocalists’ hypnotic, infectious vocals. 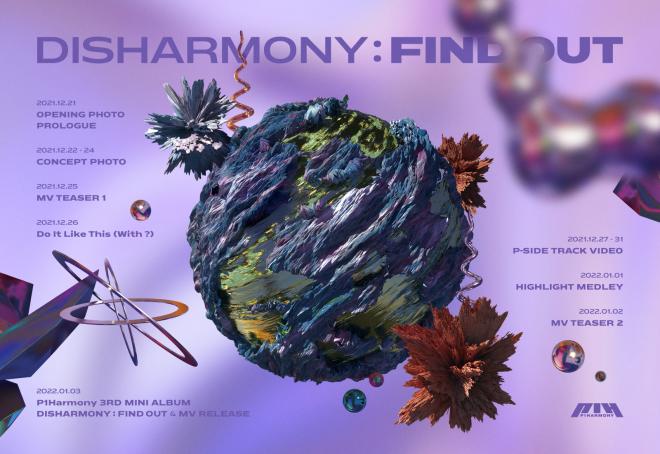 Across the six-song EP, members Keeho, Theo, Jiung, Intak, Jongseob and Soul flaunt their burgeoning musicality and shine throughout the album with vivid storytelling (with all tracks written or co-written by the band), effervescent, silky vocals and charismatic flow flips.

DISHARMONY: FIND OUT― which is the last part of its trilogy series of previously released EPs: DISHARMONY: STAND OUT and DISHARMONY: BREAK OUT—speaks to the group’s overarching mission of bringing harmony to the world.

An album more light and bright compared to their past releases, DISHARMONY: FIND OUT boasts catchy tracks that span several genres and capture the members’ restless creativity as young musicians. All while maintaining P1H’s defining style of youthful energy, potent lyrics over slick production, and empowering messages to always believe in one’s unlimited possibilities and to never ever give up your dreams.

Before 2021 ends, P1Harmony is capping off their remarkable year by further showing their status as the future of pop music with new content as part of their metaverse content series called W+W (which stands for “Welcome to T World”). The group will release new sets of photos, new-music previews, choreography clips as well as videos highlighting each member and all of the new songs.

Just one year into their career, P1Harmony has already established themselves as one of the more dynamic and exciting K-pop groups with high-quality music and scene-stealing performances and will continue to build on that momentum with a keen focus on connecting with international audiences in 2022 starting with DISHARMONY: FIND OUT.

Take a peek at what P1HARMONY has to say with their new EP!

“Our upcoming title track is an exciting departure from our previous songs; it’s very different as it is a lot more catchy & we have specific dance moves that I think a lot of our fans can follow so hopefully we can engage more people to sing and dance with us.”

“I contributed in writing lyrics for all of our songs for this new album, and there is a song where I mention our fans, P1ece, so I think it will be fun for our fans to find out where I shout them out.”

“‘Do it Like This’” is definitely one of the more fun songs we’ve done so far!”

“I am so happy that we are able to make this comeback since it’s been 9 months from our last promotion. We all collectively felt like ‘Do It Like This’ is the most addictive track we’ve worked on for this album, so our synergy as a team was even stronger than before. We are all confident that “Do It Like This” is the song that can show both of our charismatic and fun side so I’m so excited to share this with our fans.”

“Our new single, ‘Do It Like This,’ is, I believe, the song that will bring us up higher, and as Keeho mentioned, the hook is super catchy and there are easy-to-follow dance moves so I hope a lot of people can enjoy our performances with us. Also, there is a track titled ‘Peacemaker’ which is a song that is solely dedicated to our fans and we all hope that the song will bring happiness to our fans.”

“For our new album, all the members put so much effort in not only in the songwriting process, but also for our choreography routines and stage performances. We cannot wait until we can show these amazing performances and interact with our fans!” 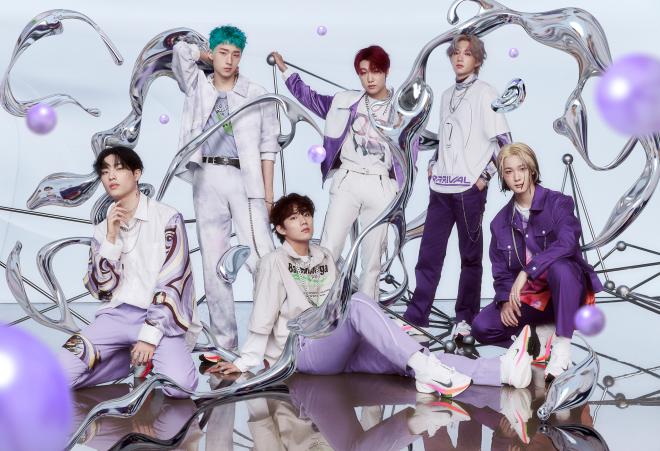