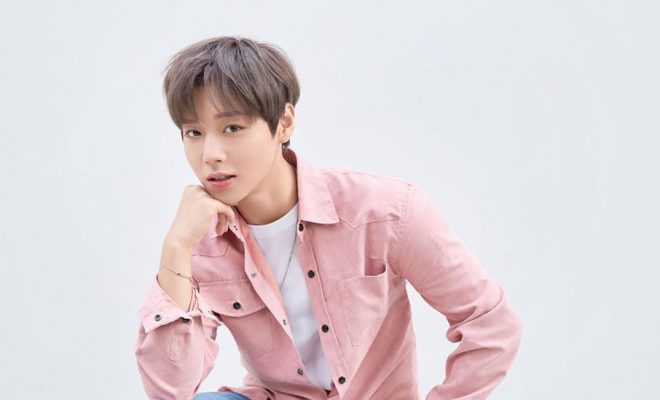 Park Jihoon fans, Wink Boy has already picked out a name for you!

Park Jihoon has revealed the fandom name he had picked out on January 18! 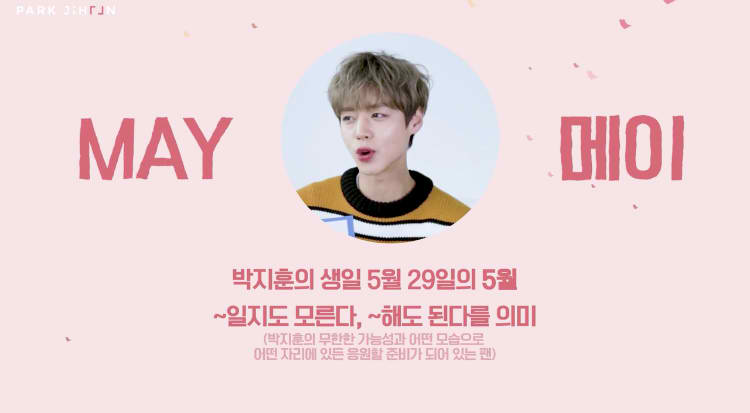 The former Wanna One member announced on his personal social media accounts that his fandom will, from this day forward, be called “May”!

After launching his official fan cafe on New Year’s Day, Jihoon asked fans to send in suggestions for his fan club name. Maroo Entertainment stated that Jihoon himself will directly select the name of the fan club from the applications after the first screening – and now, we have the results!

“Many people wrote suggestions for my fan club name,” Jihoon said in his video announcement. Aside from May, he also revealed the seven other candidates for his fandom name he picked out from, namely Memory, Wing House, Cherish, Jupiter, Witty, Hearty, and Tweeney.

Ultimately, Jihoon and his dog Max chose the name “May”, which holds a significance for the idol personally as his birth month.

Through an article titled “Pet.Max” posted on his personal social networking site, Jihoon sent out his first message addressing his fandom with their new name. “May, let us make good memories,” he said.

In preparation for his solo career, Jihoon had already launched his own website, fan cafe, and personal Instagram and Twitter accounts where he had been greeting his fans recently.

What are your thoughts on Park Jihoon’s new official fandom name? Let us know by leaving a comment below, giving us a holler on Facebook, or tweeting us at @hellokpop!