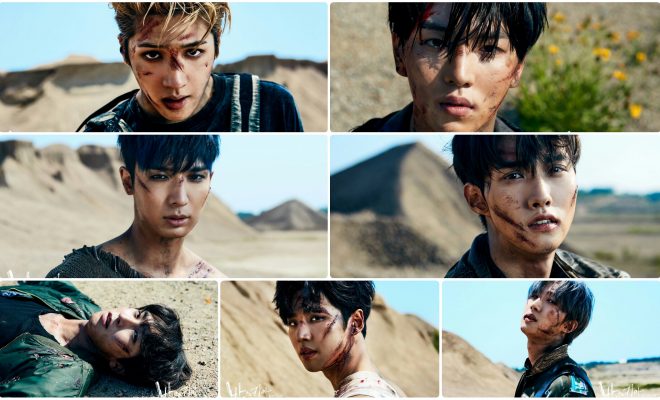 PENTAGON is ready to rise with a hit that will fire up the music scene in the most intense way possible!

PENTAGON rounded up their intense sets of individual teaser photos and videos for the special music video release of “Basquiat”, the powerful song that they first took to stage in Road to Kingdom. 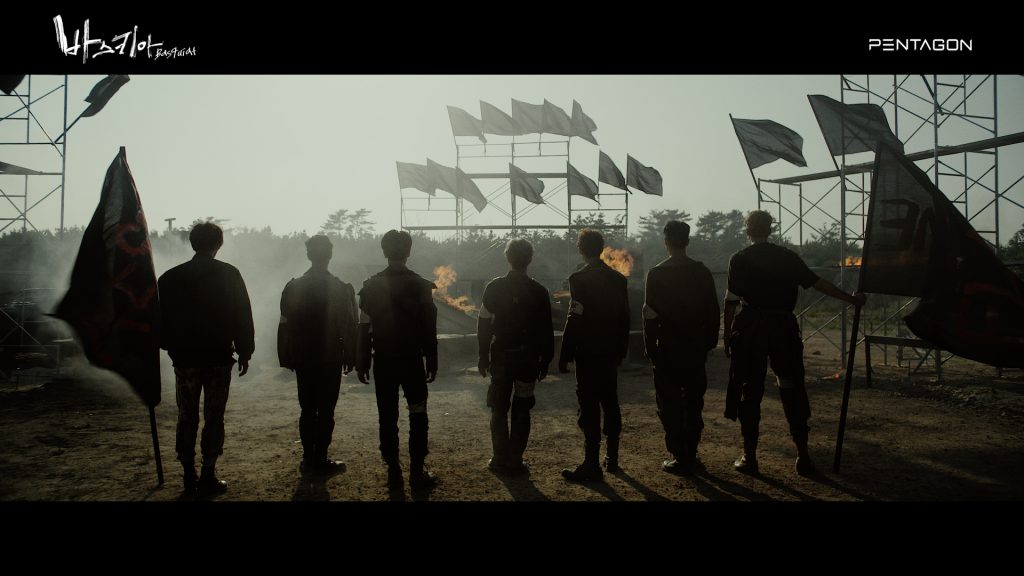 The electronic rock dance song “Basquiat” was first performed by PENTAGON in the last episode of Mnet’s program Road to Kingdom. Containing a grand atmosphere, the track showcased the group’s signature powerful vocal and rap skills along with its colorful melody.

Its sincere lyrics also bore the message of encouraging people who are being silenced to raise their voices and fight for freedom. Already garnering heightened excitement from fans, the special music video for “Basquiat” will be released on June 30 at 12 AM KST.

Starting from June 23 with Wooseok, the group has put the highlight on their burning passion and unwavering spirit in the two teaser photos and short concept teaser clip released at 12 AM and PM KST, respectively, for each member.

PENTAGON’s youngest member flaunted his ferocity as he gave an intimidating stare in his teasers. It also showed his bloodied and dirtied face and body which hinted at the intense environment and fierce fight he has put up with, just like the rest of the members. 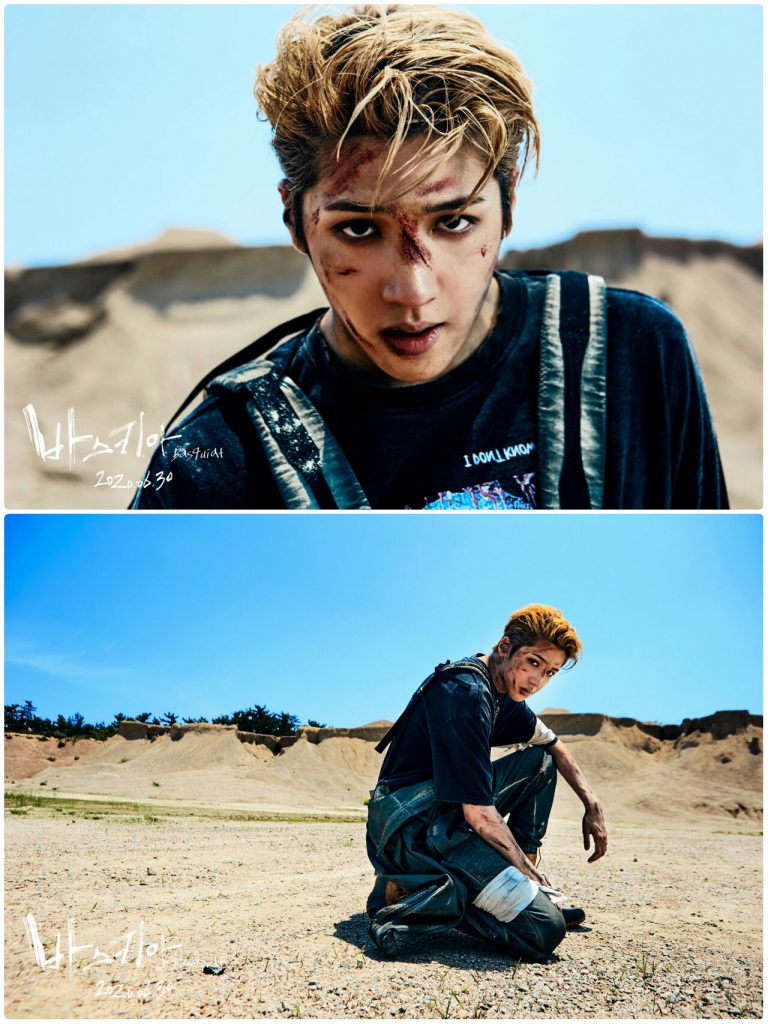 Kino followed up on June 24 with his extremely expressive eyes, which communicated strong emotions to fans as they looked at his photos and teaser clip. The blurred effect in his teaser clip also provided a unique atmosphere, especially as it showed him chained up. 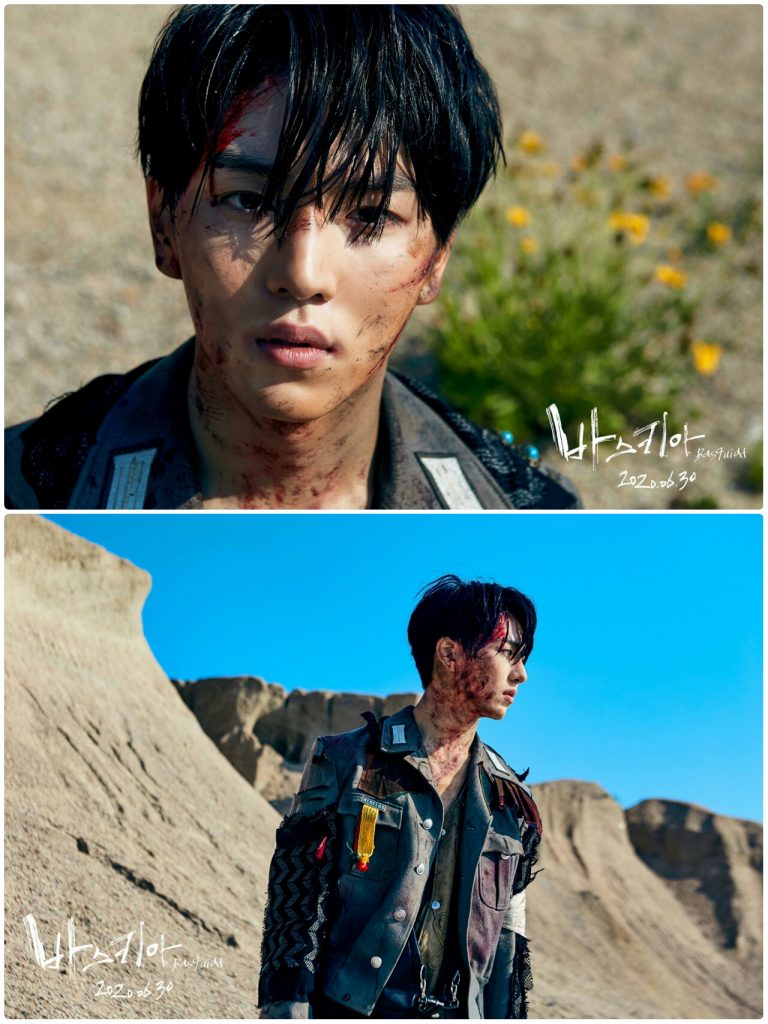 Yuto then unfurled his rage in his teasers released on June 25, which previewed him locked up in a cell and trying to break out by slamming its bars with his chained-up hands. 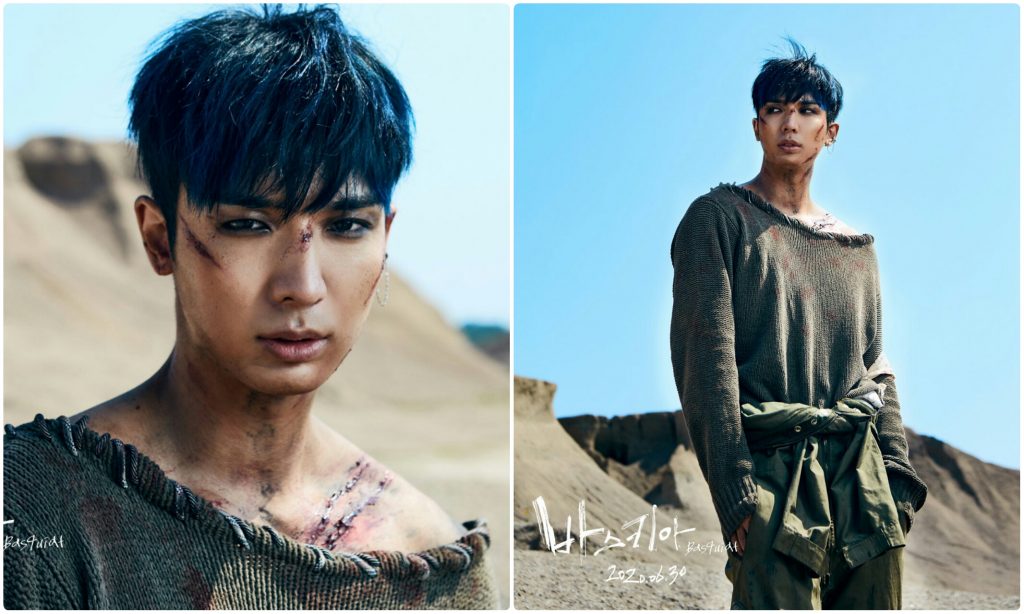 Meanwhile, Yeo One proved his acting skills by showing pain and distress on his face, especially through his emotive expressions and soul-stirring gaze on his teasers released on June 26. 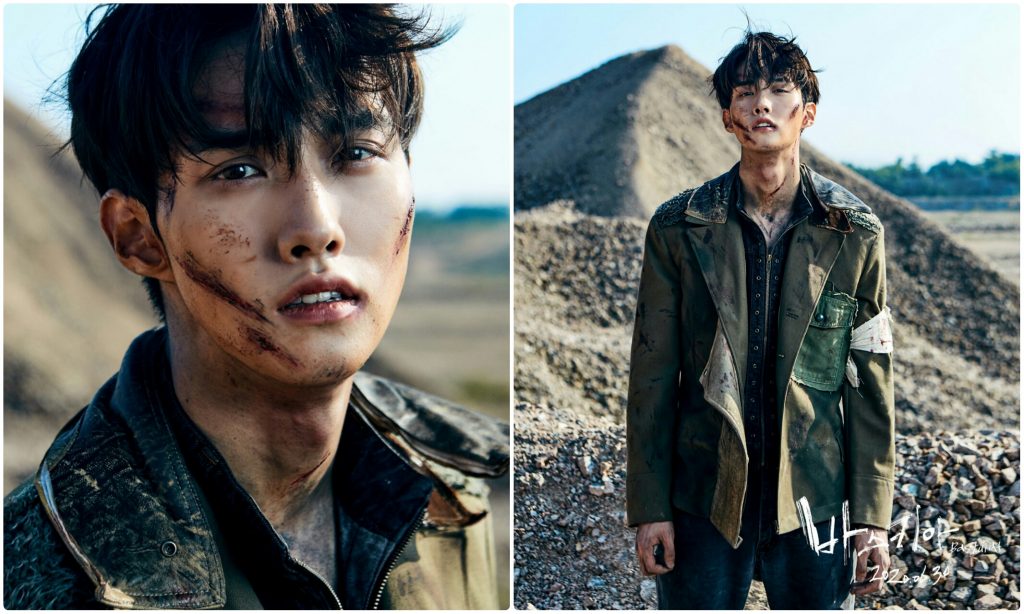 On June 27, Shinwon starred in his set of solo teasers where he showed his exhaustion by lying down on the sand. With his surroundings set on fire, he is also shown lamenting the pain he’s in while letting out a frustrated scream. 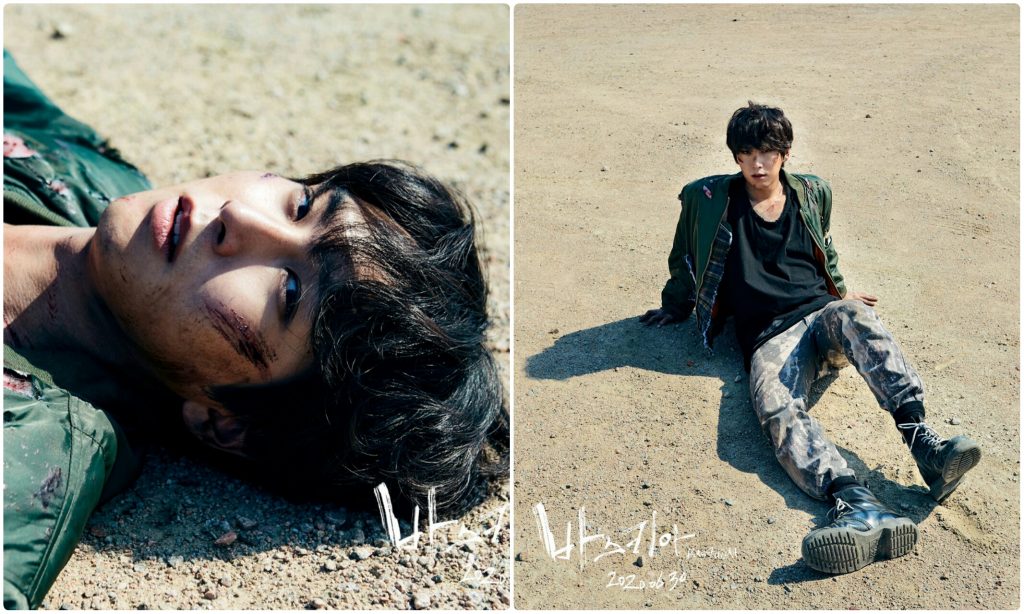 Stunning fans with his undeniable charisma, Hongseok followed on June 28 with a set of teasers that highlighted his strong presence and sharply-defined features. The singer is also shown chained up in his clip, reminiscent of scenes from the music video of “Dr. Bebe” and their Road to Kingdom performance of Block B’s “Very Good”. 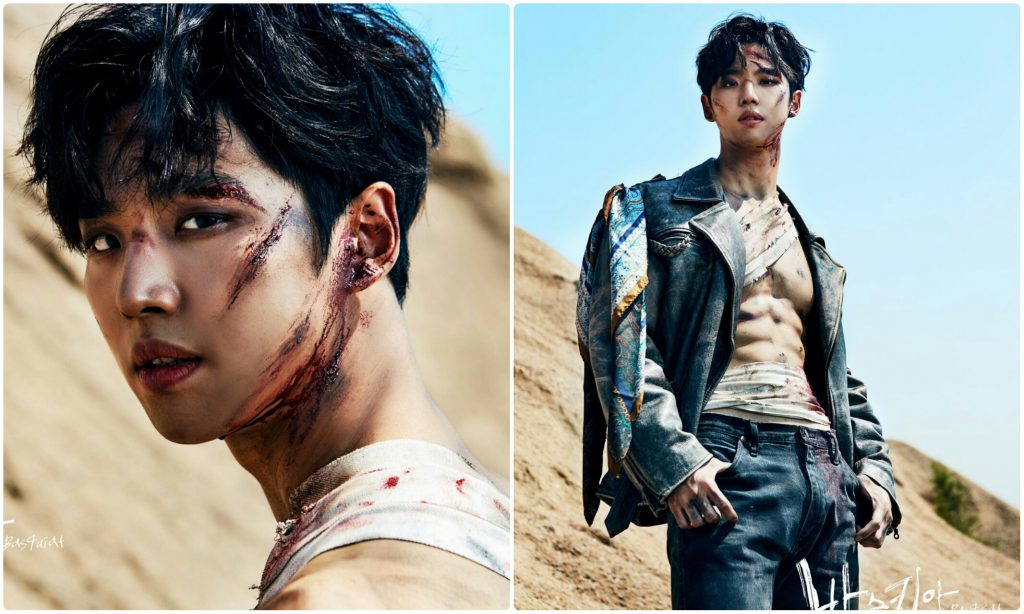 Lastly, Hui held fans captive on June 29 by revealing his set of teasers which featured his stunning stares that commanded attention, all while he struggled in the desert with his hands chained together as well. 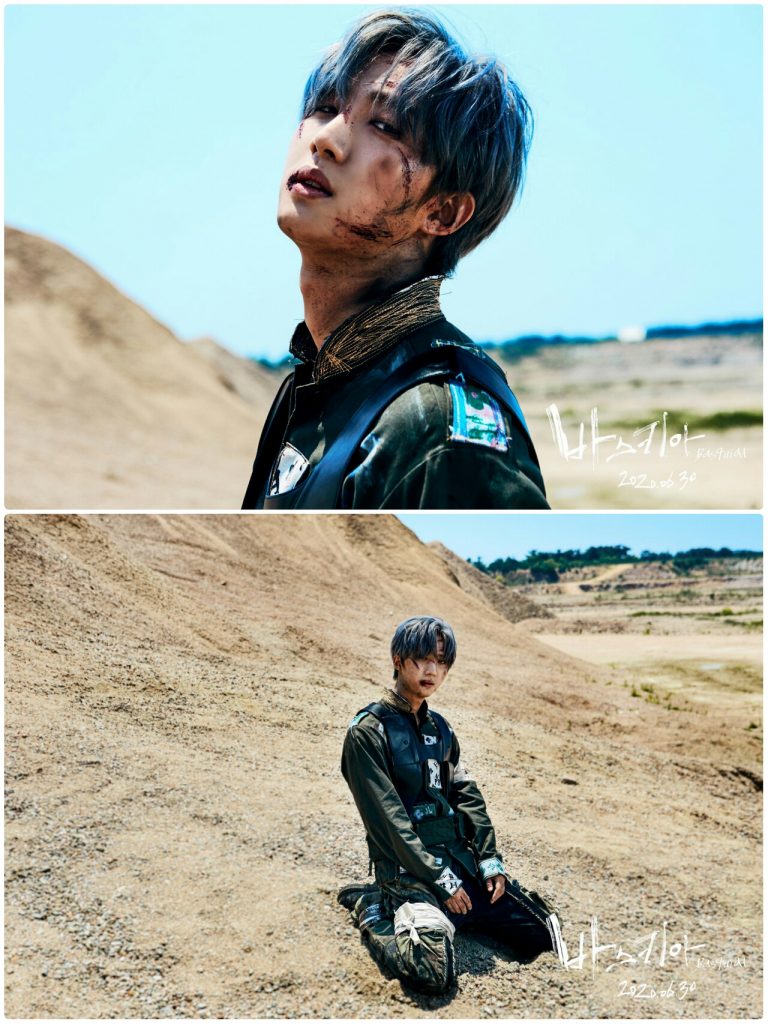