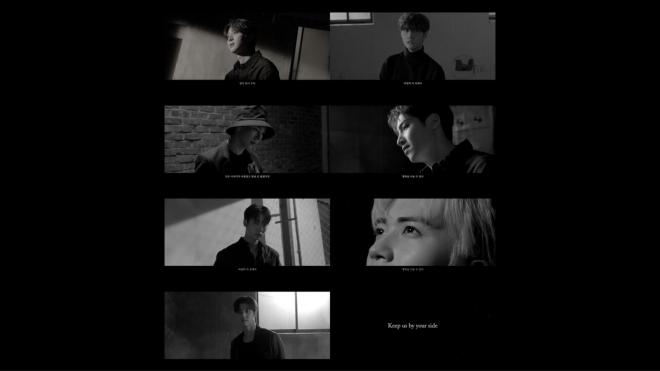 Universe, are you ready to keep PENTAGON by your side?

PENTAGON unveiled a stirring trailer announcing their upcoming comeback on their official SNS. Titled, “KEEP US BY YOUR SIDE”, it sees each of the members looking like breathtaking visuals amidst a monochrome setting.

What is even more beguiling is the poetic recitation by the group in the video. PENTAGON professes, “Starlight twinkling in the dark night sky / Hearts beautifully scattered like pure white flowers / Not all stories are beautiful and shine but there are good days / We still say our greetings to our time / Even if we’re in different places / Joy, Sad, Hurt, Happiness – we can share these / Still in this place, We are together. ”

PENTAGON will be releasing a new album about eight months after the release of their album UNIVERSE: THE BLACK HALL in February this year. This is also the group’s first comeback since their stint in Mnet’s Road to Kingdom which ended last June.

Following the spoiler video titled “I’VE BEEN KEEPING AN EYE ON YOU” announcing the return of member Yanan, PENTAGON had also revealed an interview film “RE: PENTAGON”. In the interview film, the members revealed their thoughts and feelings of sending Jinho off to the military. They also spoke about the happiness they felt over having member Yanan back. 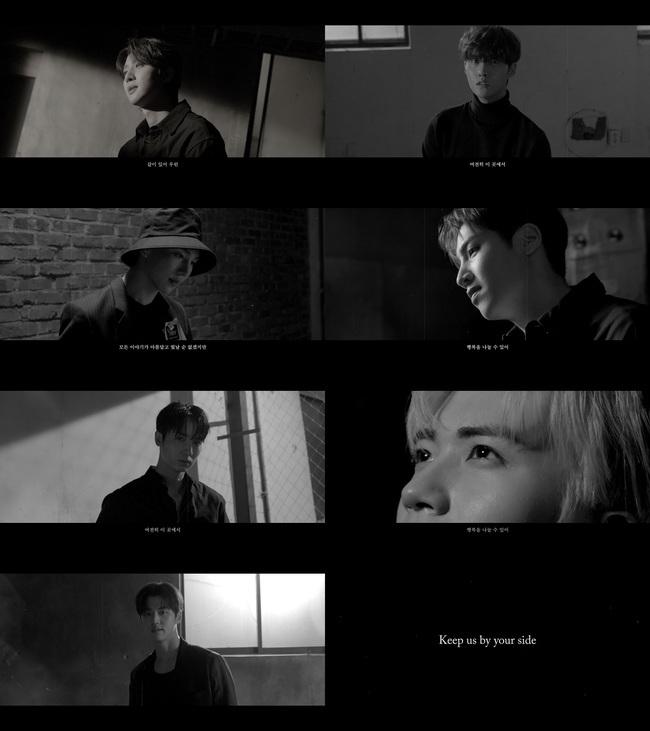 With such intriguing reveals, it comes as no surprise that the group truly has fans awaiting their comeback more so than ever. Even the latest teaser ends with the phrase “Keep us by your side” typed out on the black screen, thereby raising anticipations furthermore.

Meanwhile, PENTAGON is currently preparing for their upcoming comeback album with an aim to releasing it this October.