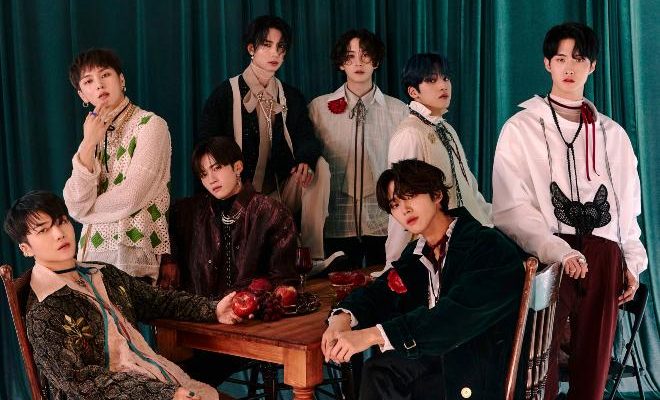 Congratulations on this amazing achievement, PENTAGON!

PENTAGON continues to fascinate as it ranks on top of iTunes charts globally with the 12th mini album IN:VITE U.

Immediately after the album’s release on January 24, PENTAGON saw itself on top of music charts. In particular, all the tracks in the album settled on satisfying positions on the Bugs Music Chart. The tracks in the album lined up from No.1 to 6, which was an impressive achievement for the idol group.

In addition, IN:VITE U ranked No.1 on the iTunes Top Album Charts in 30 countries. This includes Russia, Mexico, Brazil, Spain, and Poland.

The title track also sees an amazing feat as it ranks No.1 on the iTunes Top Song Charts in 11 countries around the world, including Brazil, Cambodia, Mexico, Argentina, Peru, and Ecuador.

IN:VITE U is an album that features PENTAGON’s mature music and performance. It combines the terms “invite” and “vite” to bring forth a fascinating meaning of  “invitation to a new world while falling into you as quick when I meet you there.”

The 12th mini album also proves the group’s amazing prowess as musicians. PENTAGON was able to swiftly present themselves as musicians who are capable of doing anything.

The title track “Feelin’ Like” is a wonderful combination of pop and R&B with an irresistible intro. The lyrics are co-written by PENTAGON members Jinho, Kino, and Wooseok, which further enhance the perfection of the song.

Meanwhile, PENTAGON released the 12th mini album IN:VITE U on January 24 at 6:00 PM KST. Alongside is a music video for the title song “Feelin’ Like,” which now has raked over 14 million YouTube views as of writing.