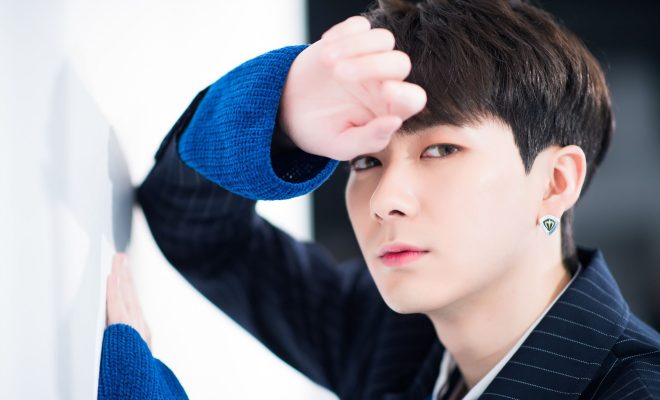 NU’EST’s Aron will have a limited participation in the boy group’s upcoming concerts due to his health condition, Pledis Entertainment said in a statement.

The entertainment company came forward on April 10 to address the singer’s health status and its effect on the boys’ Segno concerts which will take place on April 12 to 14 at the Olympic Park, KSPO Dome in Seoul.

According to the notice, the NU’EST member received advice from the doctor to get adequate rest and treatment following a thorough examination for the pain he felt on both his shoulders and arms.

“Following the medical advice, we have been monitoring our artist’s condition and health. We have been in continuous discussion regarding his participation in the upcoming concerts. However, the decision was made that it would be too much for him to fully participate in a concert that lasts approximately three hours,” Pledis Entertainment said.

Still, despite the dissuasion of the entertainment company, Aron expressed his firm determination to stand on stage with his members for the fans who have patiently waited for their return. And, although Aron will participate in the concert, he will do so by sitting on a chair on stage during performances requiring choreography so as to minimize his movements. Moreover, he will also sit out on some performances.

Pledis Entertainment went on to apologize for causing concern to many fans. They then promised to ensure the full recovery of the NU’EST member. Additionally, they gave assurance to fans on the safety of all members during the concert.

From LOVEs: “There’s nothing more important than for you to be healthy…”

Meanwhile, LOVEs expressed their kind understanding and full support to Aron. They comforted him, saying he does not need to feel bad and that his health should always come first. Fans also offered their well-wishes for his full recovery.

Twitter user @Melodia_Muse wrote, “Aaron Kwak, don’t you dare feel bad about this. This was outside of your control, and the fact that you are doing your best to still be on stage is more than we could ask from you. Please don’t push yourself during the concert and stay safe, okay? We love you.”

See more supportive messages from LOVEs for Aron below:

Aaron Kwak, don't you dare feel bad about this. This was outside of your control and the fact that you are doing your best to still be on stage is more than we could ask from you. Please don't push yourself during the concert and stay safe, okay? We love you❤️

It’s okay, Mr. Kwak. Everything happens for a good reason. There will still be many NUEST concerts in the future. All your hard work and training will never go to waste and health must come first. We wish you a good good good good good health ?

Dearest Aron, please know that your health is our top priority too. Don't mind us, don't push yourself, don't feel bad and just focus on your recovery, please. To us, we want to see you with Nu'est for a looong time there's nothing more inportant than for you to be healthy?❤️

The 2019 NU’EST Concert <Segno> will mark the first solo concert of the boy group as a five-member group. Prior to the upcoming concert series, the boys gifted LOVEs with a sweet digital single “A Song For You“. The song topped charts in South Korea and other countries after its release on March 15 — the boys’ seventh anniversary.

On April 3, Min Hyun kicked off the highly-anticipated return of the boy group with his solo song “Universe“.