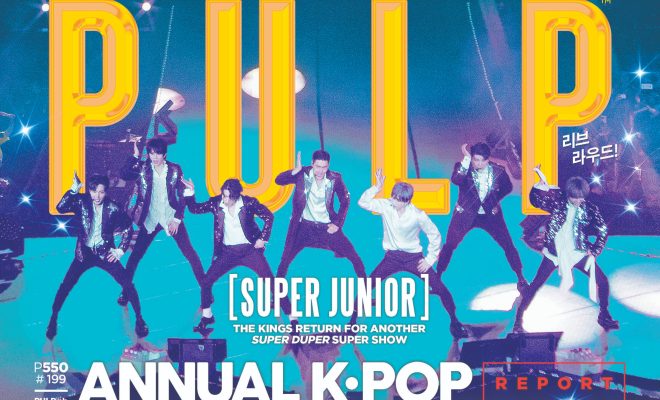 Since bringing Super Junior for the first time in Manila in 2010, PULP Live World has continuously treated Philippine K-Pop and Korean drama fans with the biggest events; to satisfy unlimited craving for their favorite idols and music.

And the year 2018 was no exception as leading concert and live event company in the Philippines filled the year with concerts and fan meeting of the brightest and biggest K-Pop stars namely EXO, Super Junior, Wanna One, Minzy, SEVENTEEN, WINNER, iKON, Lee Jong Suk, and Taeyeon.

Read: 24 K-Pop & K-Drama Events In The Philippines That Filled 2018 With So Much Feels & Memories

Before we dive in headfirst into yet another epic year for K-Pop fans in the Philippines, PULP Magazine, the biggest music magazine in the country, gives fans the chance to reminisce the most epic moments of last year’s string of concerts and fan meeting with its PULP Annual K-Pop Report (PULP Magazine Issue No. 199). 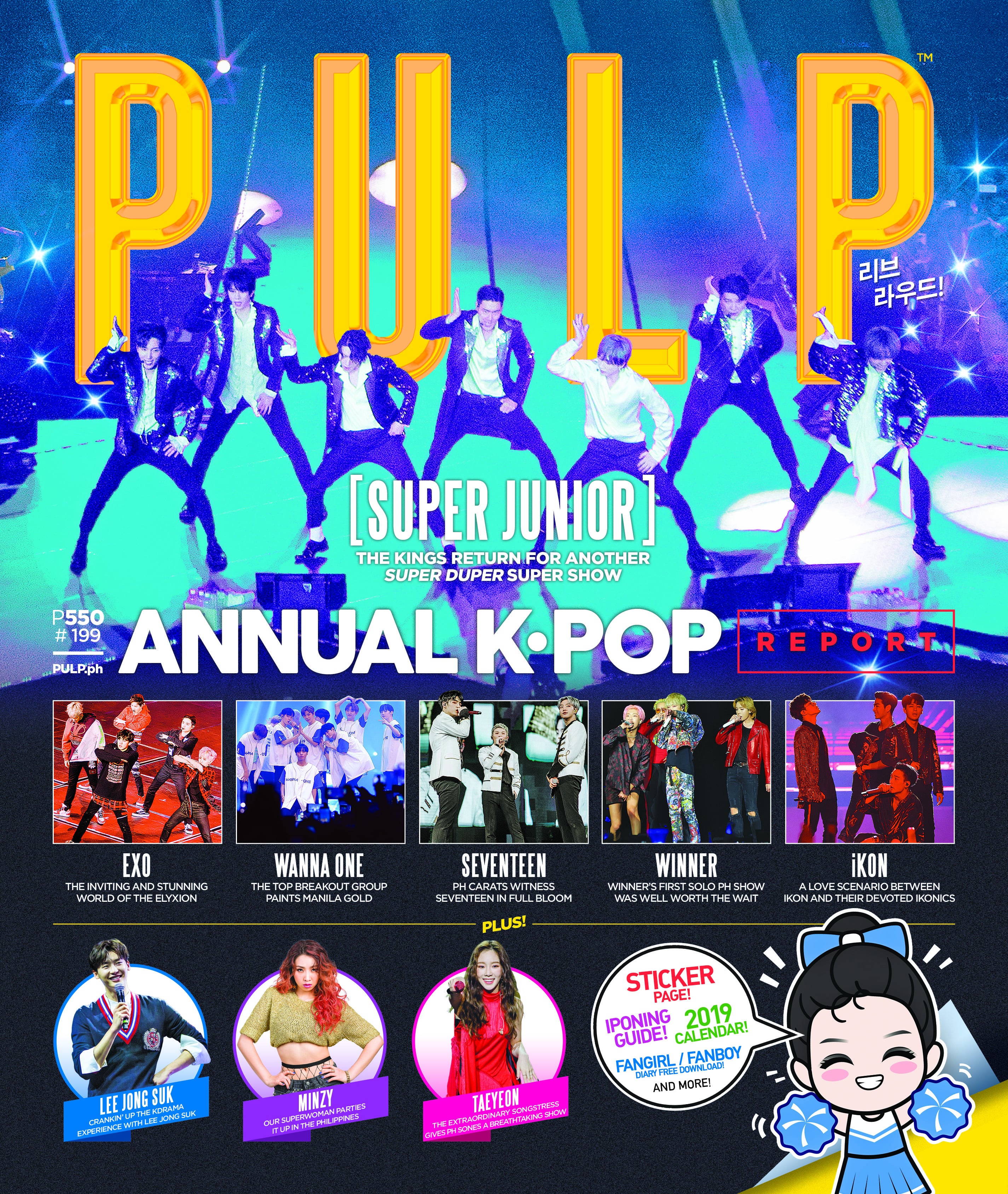 PULP Annual K-Pop Report is one of the magazine’s most highly anticipated issue, with countless of Filipino K-Pop fans eager to relive the best days of their lives through special and exclusive features of the most phenomenal K-Pop events in the Philippines — all powered by PULP Live World.

“It was like one heavy-hitter after another. We honestly shocked the entertainment world,” said PULP COO Happee Sy-Go.

“Once upon a time, K-Pop was seen as an aberration. But now, it is clear to everyone that K-Pop is not only here to stay, our idols are also here to change the way things are done,” she said.

PULP Live World mounted the first full-blown K-Pop concert in the Philippines via Super Junior’s Super Show 2 in April 2010 at the Araneta Coliseum. Since then, the concert and live event company has brought many K-Pop acts, and has become instrumental in quenching the thirst of fans to see their favorite stars live.

In the captivating pages of the latest edition of the PULP Annual K-Pop Report, fans are treated to a blow-by-blow recaps of PULP Live World’s nine K-Pop events in 2018.

The issue features the return of EXO, Super Junior, and SEVENTEEN on Philippine concert stage, the first solo concerts of Wanna One, WINNER, iKON, and Taeyeon, Lee Jong Suk‘s first fan meeting, and Minzy‘s fired up performances at the opening of UAAP Season 81. 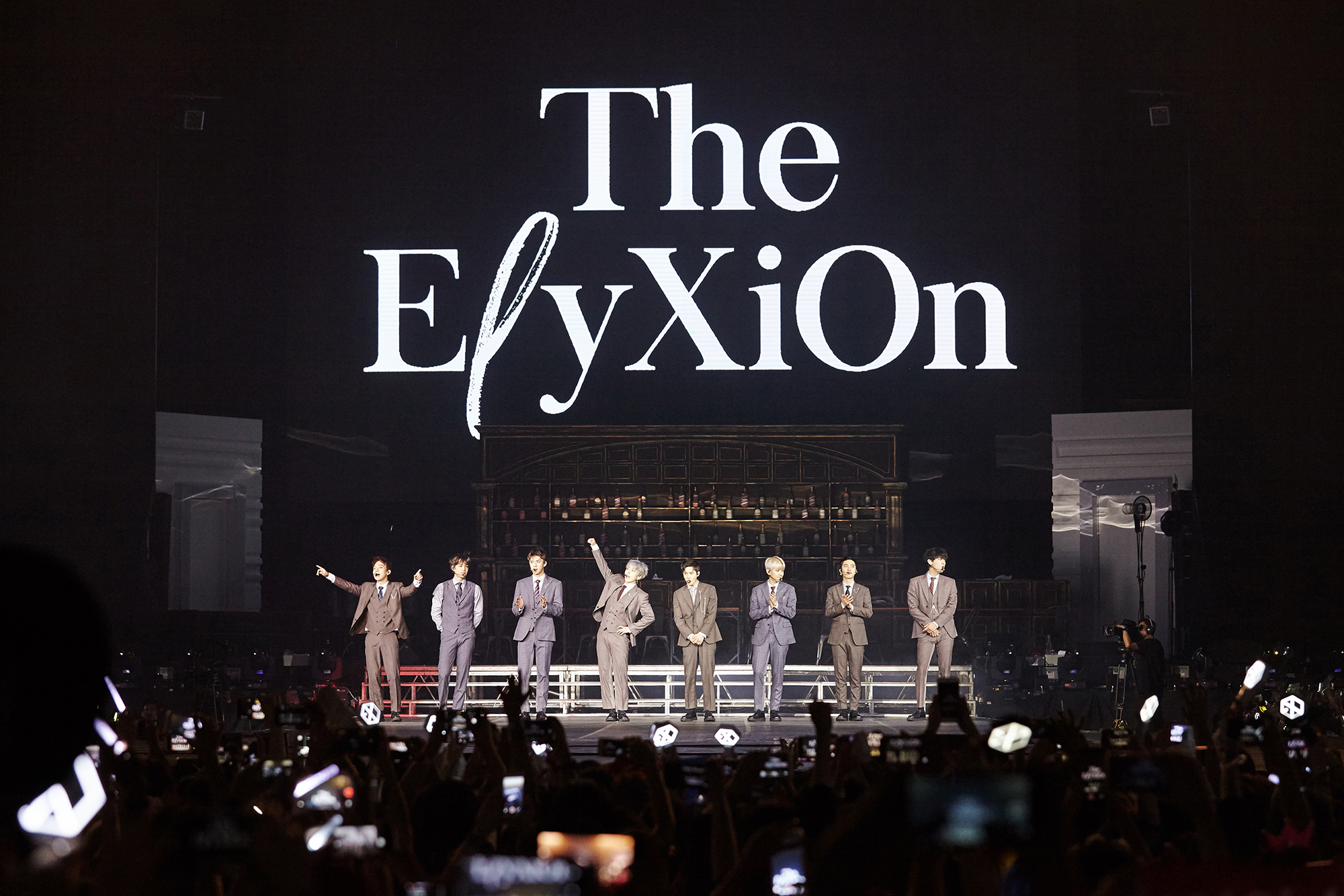 EXO during The ElyXiOn in Manila (Photo from SM Entertainment)

It also includes an exclusive interview with Superwoman Minzy. Plus, fans will get stickers, a downloadable fangirl/fanboy diary, the tried-and-tested iponing guide, a calendar, playlists, and more.

The PULP Annual K-Pop Report is now available on major bookstores in the Philippines. You may also order the special issue online by sending an e-mail to [email protected] or calling 722-9622.

PULP Live World promises another amazing year for K-Pop fans in the Philippines this 2019.

“I am literally on electric pins and needles, holding back the frenzy of excitement for what we have in store for you all in 2019,” said Happee Sy-Go.

PULP Live World has already kicked off 2019, with announcements of its shows for the half of the year (as of now) including BLACKPINK’s In Your Area (together with MMI Live), So Ji Sub’s Hello, fan meeting, Park Ji Hoon’s First Edition fan meeting, and Stray Kids’ Unveil Tour “I am… “.

Hellokpop, as an independent Korean entertainment news website (without influence from any agency or corporation), we need your support! If you have enjoyed our work, consider to support us with a one-time or recurring donation from as low as US$5 to keep our site going! Donate securely below via Stripe, Paypal, Apple Pay or Google Wallet.
FacebookTwitter
SubscribeGoogleWhatsappPinterestDiggRedditStumbleuponVkWeiboPocketTumblrMailMeneameOdnoklassniki
Related ItemsEXOiKONLee Jong SukMinzyPulp Live WorldSeventeenSuper JuniorTaeyeonwanna oneWinner
← Previous Story BTS’ Jimin Sets New Record After Surpassing 60 Million Streams On Spotify For “Lie”
Next Story → ASTRO Gears Up To Make Things “All Light” For Thai Arohas