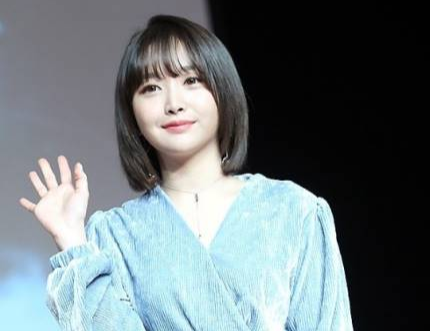 Punch Calls On To Your Heart Through First Album

Punch made her dreams come true as she released her first mini album, Dream of You.

Punch expressed her emotions about her first album. She mentioned that she always wanted to release a mini album and that it was one of her dreams.

Her album’s title track is called “Heart”. It is a farewell song that suits the cold winter atmosphere. It also tells of a story of a woman who has come to parting with time and seasons. In addition, it includes making happy memories with the ones you love.

The music video shows a woman suffering from an unknown illness. In contrast, she spends time with her mother and a man she eventually cares for in the end. Actors Kim Min Jae and Ha Yeon Soo stars in the drama-like music video. They filmed it in Jeju Island for 4 days and 3 nights in the biting cold. Watch “Heart” below.

Punch relays that she intended for the track to be bittersweet. She wanted to express emotions through the song calmly. Kim Min Jae later commented about his participation in the music video. He said that he took interest because of the iconic sound Punch has. He added that he worked harder since this is Punch’s first music video of her own.

Dream of You includes four tracks. “Love is You” relaxes listeners with soft rapping while “Kiss Me” gives an “OST” vibe. “눈꽃처럼 (Like a Snowflower)” is a whispering confession to a lover. On the other hand, singer Heize contributed to “이 밤의 끝 (The End of the Night)”.

Punch gained popularity by singing original sountracks of famous dramas like It’s Okay, That’s Love, Descendants of the Sun and Guardian: The Lonely and Great God.