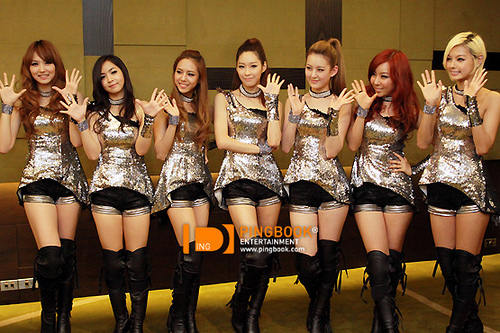 Rania to come back in September

The members  of Rania confirmed on the 6th of August that they are currently preparing to make their comeback on the 2nd of September. The group will return from their hiatus and will hold their first comeback performance through Inkigayo. The news was released through the band’s fan cafe:

We will hold our first broadcast on Inkigayo September 2nd.

We bow our heads in apologies and gratitude to the fans who have been waiting for us for 9 long months.

First and foremost, Rania’s song “Killer” produced by famous producers overseas and performed at the Dream Concert is the song we will be breaking the US market with, and it is also a ‘fan-service’ song for all of the fans. It is not a title song, but one that will be included as a sub-track in the next mini-album.

The title track being used for this comeback was worked on by an amazing producing team as well as a famous designer. It is a project that is sure to shock all of you, so please look forward to it.

We will return with even better news very soon.

More information on the album will be released soon. Are you anticipating Rania’s comeback album?