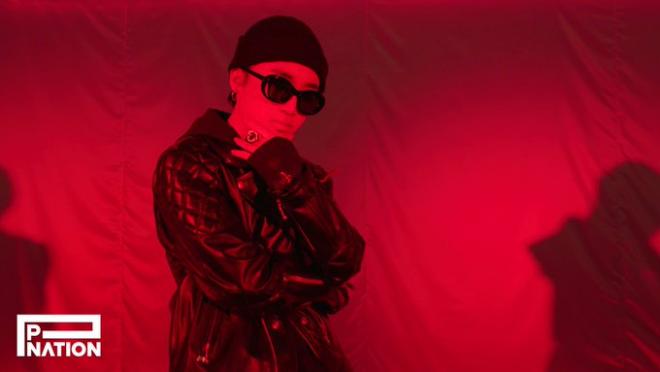 P Nation gains another label artist as rapper D.Ark signs an exclusive contract with the company on December 29. The company previously teased the debut of a new company artist, releasing an image hinting at their identity by showing their silhouette only. Subsequently, P Nation confirmed that rapper D.Ark would join the label alongside others such as HyunA, DAWN, Jessi, Crush, Heize, and CEO Psy.

Furthermore, to celebrate the release, D.Ark released his debut track with the company, titled “POTENTIAL”. The video captured listeners with his quick rapping, and unique styling featuring a leather jacket and beanie. Against an interchanging red, green, and white spotlight, D.Ark boasted his confidence and performing skills. At the end of the video, P Nation’s slogan, “We Are P Nation”, was unveiled behind a falling curtain.

D.Ark took off his sunglasses to reveal his face before pointing to the slogan brightly. The conclusion of the music video portrayed his optimism regarding the new business venture, and also represented special chemistry between him and the label, increasing expectations for future projects.

Meanwhile, D.Ark emerged into the industry through Mnet’s hip-hop reality programs, Show Me the Money 777 and Show Me The Money 9. The artist quickly asserted his identity and musicality through outstanding rapping, as well as a strong stage presence.